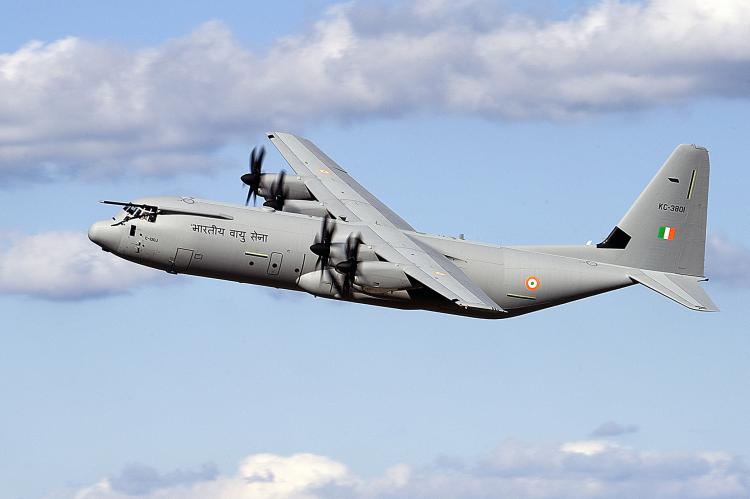 TLMAL, a joint venture between TASL and Lockheed Martin Aeronautics, was established in 2010 in alignment with the Indian Air Force’s acquisition of its first six C-130J 30 Super Hercules airlifters. TLMAL exemplifies the Make in India goals and has the distinction of being the single global source of C-130J empennage assemblies that are installed on all new Super Hercules aircraft produced in Marietta, Georgia, in the United States.

In April 2018, TLMAL increased the indigenization of C-130 manufacturing by transitioning the production of approximately 2,200 (of 2,500+) previously imported empennage components to Tata Sikorsky Aerospace Limited (TSAL), Lockheed Martin’s second joint venture with TASL. These components were previously manufactured by suppliers located outside of India. Currently, every empennage that is delivered around the world is built in Hyderabad and its components will be further indigenized from 85% to up to more than 95% by Q1 2022.

Commenting at this milestone occasion, Sukaran Singh, Managing Director and Chief Executive Officer, Tata Advanced Systems Limited, said, “The TASL – Lockheed Martin partnership is a true demonstration of collaborated workmanship in aerospace and defence manufacturing in India. He further added, “The manufacturing and operational excellence achieved by the team through this decade-long partnership, has led India to become the only supplier of C-130J Super Hercules empennage, globally. I congratulate the team for this achievement and enriching partnership.”

“Many people, thousands of hours and massive amounts of commitment helped the TLMAL team reach this milestone,” said Kiran Dambala, Chief Operating Officer at TLMAL. “Fueled by a strong partnership between Tata and Lockheed Martin, the TLMAL team puts its pride and energy into meeting and exceeding customer expectations with each and every C-130J empennage delivered. While C-130Js are flown by a multitude of operators around the world, each empennage is a product of India and reflects the ‘Make in India’ initiative. Our team has accomplished so much with these first 150 empennages and is ready to achieve even more with the next 150 empennages.”

The C-130J Super Hercules is the proven standard in tactical airlift, providing a unique mix of versatility and performance to complete any mission, anytime, anywhere. It is the current variant of the C-130 Hercules and is the airlifter of choice for 26 operators in 22 nations. The Indian Air Force operates a fleet of 12 C-130J-30s, exemplifying the airlifter’s versatility by landing it on the highest landing strip in the world — Daulat Beg Oldi in northern India — to relying on the C-130 for regional military, peacekeeping, medevac, humanitarian relief and natural disaster support missions.