No plan to occupy Ukraine - Putin

Unprovoked and Unjustified Attack -US 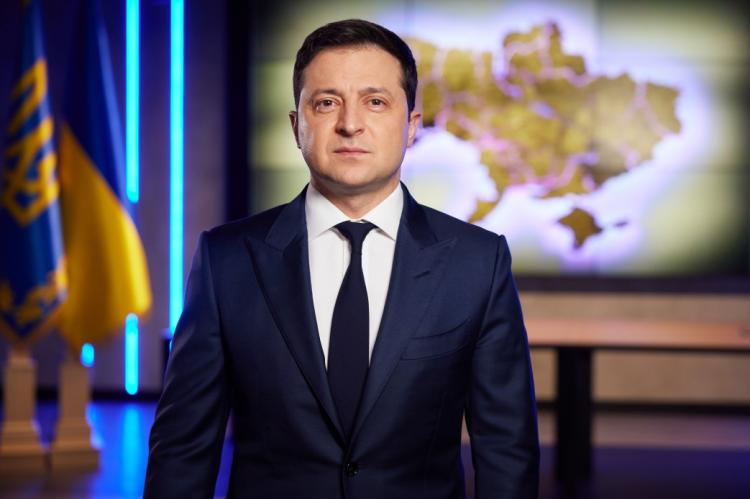 While the UN Security Council was discussing the Ukraine Crisis, the Russian President, taking the world by surprise, on Thursday, declared war on Ukraine. Speaking to the nation on State TV, Russian President Vladimir Putin announced, “Anyone who tries to interfere with us, or even more so, to create threats for our country and our people, must know that Russia’s response will be immediate and will lead you to such consequences as you have never before experienced in your history.”

“Our plans (of special military operation) in Ukraine do not include occupying Ukrainian territory. We will aim at demilitarization and denazification of Ukraine,” he added.

Setting aside the western sanctions and opposition, Russia fired precision ammunition into the Ukrainian military and aerial installations. In the pre-dawn Ukraine (timing) the Russian ammunition landed in the capital city of Kiyv ripping the night silence apart.

On the other side of the Atlantic, the bang created quite a shock. The sudden turn of the event surprised and shocked the Ukrainian representative at the UN emergency meeting called on to discuss the Ukraine Crisis. Reminding the UN of its responsibility to stop the war, he called on all the member states to stop the war.

Retorting the Ukrainian representative, Russian representative and Chair of the meeting said: “Special operation declared by President Putin is to protect the people of Ukraine who have been suffering for years. We aim to de-genocide Ukraine... Decision made in line with Article 51 of UN charter... We will analyze the situation.”

In a televised address, declaring Ukraine’s resolve to defend and win the war, Ukraine Foreign Minister Dmytro Kuleba, said: “Putin has just launched a full-scale invasion of Ukraine. Peaceful Ukrainian cities are under strikes. This is a war of aggression. The world can and must stop Putin. The time to act is now.”

Calling the Russian invasion a premeditated war, US President Joe Biden said: “Russia alone is responsible for the death and destruction this attack will bring, and the United States and its Allies and partners will respond in a united and decisive way. The world will hold Russia accountable.”

“We will also coordinate with our NATO Allies to ensure a strong, united response that deters any aggression against the Alliance,” he added.

Condemning the invasion, President European Commission Ursula von der Leyen, in a statement, said, “We are facing an unprecedented act of aggression by the Russian leadership against a sovereign, independent country. Russia's target is not only Donbass, the target is not only Ukraine, the target is the stability in Europe and the whole of the international peace order. And we will hold President Putin accountable for that.”

“Later today, we will present a package of massive and targeted sanctions, to European Leaders for approval. With this package, we will target strategic sectors of the Russian economy by blocking their access to technologies and markets that are key for Russia. We will weaken Russia's economic base and its capacity to modernise,” the statement said.

Responding to the escalation, an Indian representative to the UN TS Trimurti called for “an immediate de-escalation”. “If not handled carefully, it may undermine security. The security of all parties should be taken into account,” he said.

Denis Pushilin and Leonid Pasechnik represented Donetsk and Lugansk respectively at the signing of the friendship treaty.

This eastern breakaway faction of Donetsk and Lugansk are fighting an insurgency against Kyiv since the annexation of Crimea in 2014 by Russia. The swift Special Forces operation to annexe Crimea is considered a unique example of hybrid warfare. The success was so swift that the adversaries of Russia could hardly move.

Since then western powers have been trying to bring Ukraine under NATO to ensure its territorial integrity and keep Russia in check.

Finally, Russia proved the Western concerns correct by invading Ukraine, bringing an end to the charade of speculation and denial. Most surprisingly, Russia was preparing for the invasion between hosting two heads of state, Prime Minister of Pakistan Imran Khan and President of the Republic of Azerbaijan Ilham Aliyev. Imran Khan arrived in Moscow on February 23.

The much-anticipated visit of Imran Khan, the first by any Pakistani premier in over two decades, to reset the bilateral visit is under the immense focus of the world. He is expected to meet Putin on Thursday.

“We've communicated to Pakistan our position regarding Russia's further renewed invasion of Ukraine, and we have briefed them on our efforts to pursue diplomacy over war,” said Ned Prince, spokesperson, US State department while briefing the press on the crisis.