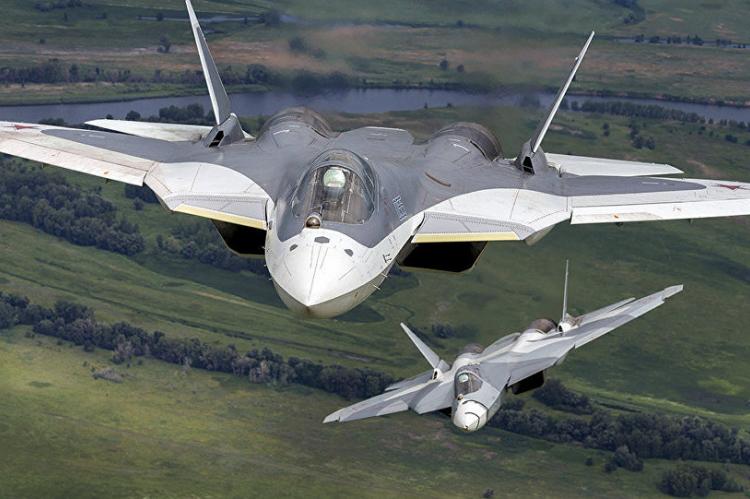 Nineteen years after the first flight of the aircraft, Russia has decided to induct the first batch of its Su-57 fifth-generation-fighter aircraft. This will make Russia the third country to induct indigenously designed stealth fighter.

"We have agreed to purchase 76 such fighters without the increase in prices in the same period of time," Putin said.

According to the report, the aircraft has witnessed a 20 per cent reduction in its per aircraft cost.

"In the nearest future we will sign a package contract to supply 76 such jets equipped with modern weapons of destruction and provided with the necessary land infrastructure," the president added.

The Su-57, designed and developed by the Sukhoi Design Bureau, will form the first three stealth fighter regiments of the Russian Air Force.

This is the first new aircraft to come out of Russia in the last four decades. Russia has been upgrading and modernising its 80s vintage aircraft to keep them relevant to modern aerial warfare.

To provide the 76 aircraft in the next nine years, including the time needed for completing the formalities, Russia will have to manufacture a minimum of 10 aircraft a year. For a completely new fighter, with latest cutting edge technologies, this is a healthy rate of manufacturing.

Early last year, Russia sent two Su-57s for operational duty in Syria. This made the aircraft as the only third stealth fighter, after F-22 and F-35, to participate in military operations.

Currently, Russia is operating 10 prototypes of the aircraft.

Russia has offered Su-57E (export version), expected to be unveiled later this year, to Turkey as a replacement for American F-35 fighters.   India and China are the other two potential customers of the aircraft.