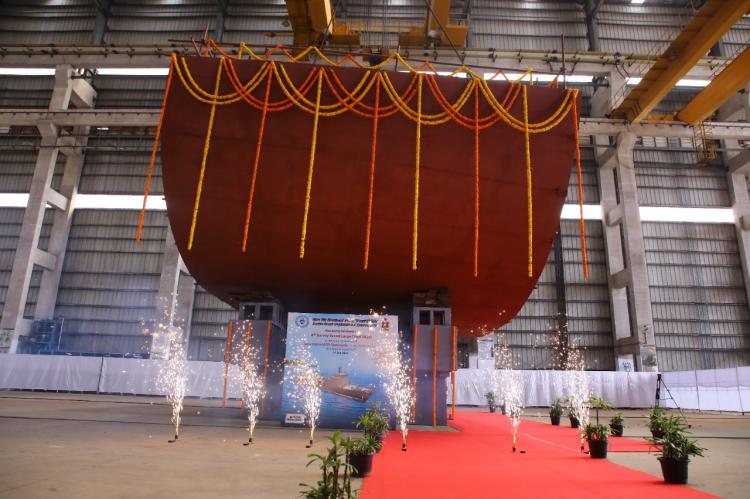 The Contract for construction of four SVL and eight ASW SWC for the Indian Navy was awarded to M/s GRSE as part of indigenous shipbuilding programme in Oct 18 and Apr 22 respectively. As part of the yard’s build strategy, GRSE has subcontracted part construction of three ships of SVL and four ships of ASW SWC to M/s L&T, Kattupalli.

Keel Laying is a major milestone activity in the construction of ships, symbolising formal commencement of the erection process of the warships on the building berth. 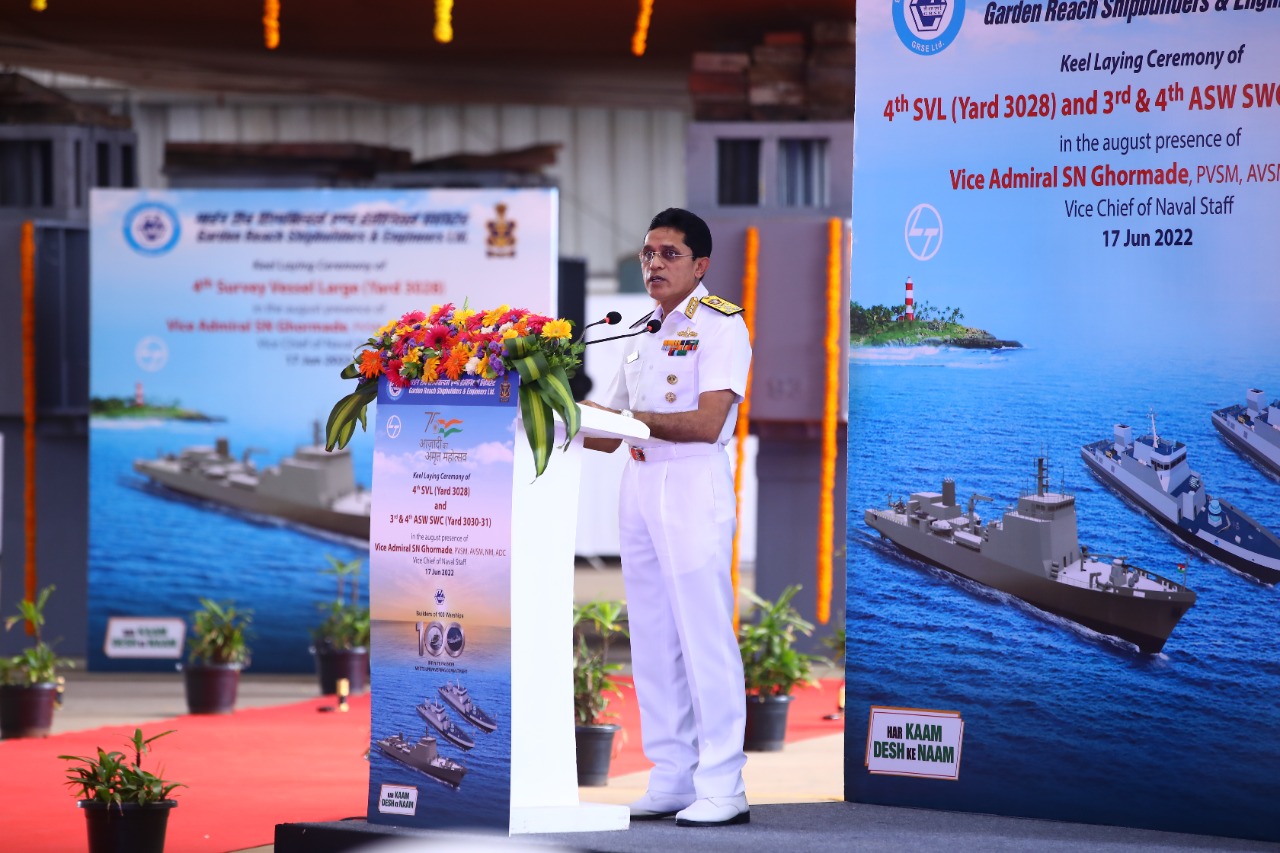 Speaking on the occasion, the Chief Guest appreciated the efforts put in by both GRSE & L&T Shipyards in achieving this milestone despite multiple waves of COVID-19 and associated restrictions. He noted that laying of Keel for three warships together on one day is a landmark event and this achievement signifies the enhanced indigenous production capability and capacity to ramp up the pace of warship construction in the country. He commended the commitment, dedication and professionalism displayed by employees of GRSE and L&T in achieving this significant milestone. VCNS also highlighted that construction of these vessels is a major boost for Aatma Nirbhar Bharat and India’s Make in India commitment with over 80% of equipment and systems being indigenous. The Chief Guest highlighted 39 out of 41 warships under order by Indian Navy today are being built indigenously.

This statistics by itself is a reflection of true Aatma Nirbharta and strides made by all stakeholders towards Make in India. He also appreciated the collaborative approach between GRSE & L&T and opined that this model of Public Private Partnership between GRSE & L&T will be the harbinger of more such successful collaborations between Indian Shipyards for warship construction in India.