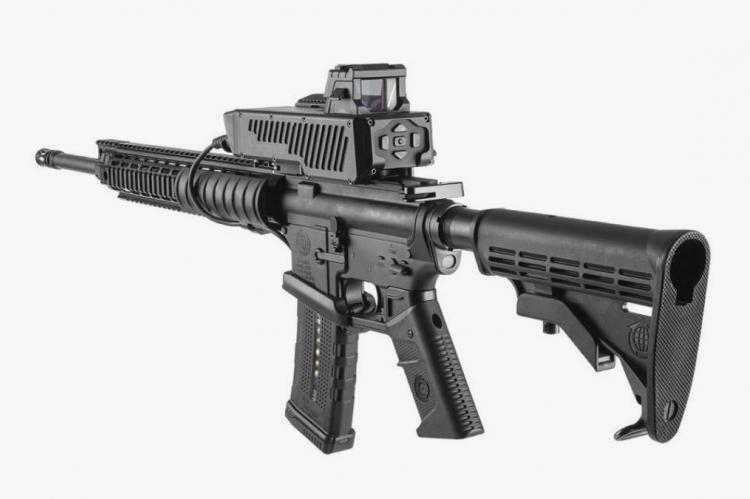 It was quite disconcerting to hear and read about the twin drone attack at the Indian Air force Station, Jammu on the midnight of June 27-28. The nation woke up to a feeling of anger, anguish and despair. The probe into this attack is still on but the vital clues are still evading our intelligence agencies as no debris of these drones has been located at the blast site. It seems likely that the drones were pulled back by the handlers on completing their mission. Efforts are on to trace the movement and the flight path of the drones through internal and external CCTV footage. It is also being said that in all probability the drones were of a small quadcopter variety and launched from a nearby area.

It seems quite apparent that this was a desperate attempt by the terrorists in showing their presence in Jammu and Kashmir as the Indian Army had severely curtailed their infiltration ingress routes. Even attempts by the terrorists to use a tunnelling strategy met with failure. The Indian Army today has a strong counter-infiltration grid based on an anti-infiltration obstacle system- a combination of physical obstacles, the soldiers who are guarding it and the technologies to detect and neutralise. A three-tier security grid is in place with the Indian Army, Para Military forces and the local police choking the movement of the terrorists.

Spurt in Usage of Drones by Terrorists

In the recent past, there have been numerous attempts by terrorists to send across arms and ammunition across the border. In some cases, these attempts were detected by our security forces. In September last year, at least eight drones carrying a total of 80 Kg of weapons were sent across the border with Punjab by Pakistan based terrorists. The entire consignment which was dropped was seized by the Punjab Police on September 22 at Tarn Taran district of Punjab. The drones as the investigation revealed were launched from locations inside Pakistan and had travelled around eight-kilometre distance and then dropped off the weapons descending at a height of about 1200 ft. Chinese batteries were also

recovered which suggested that these drones were probably of Chinese origin.

This brings us to the fact that our intelligence agencies were very much aware of the drone capability of our adversaries to carry out such missions. Were we then waiting for “Jammu Airbase” to happen? Some newspapers had even reported that Pakistan ISI, inspired by the success of using cheap drones to carry out small bombs attacks, have been exploring such options for their terrorist groups. The ISI had laid out its plan first at a meeting with senior Lashkar-e-Taiba and Jaish-e-Mohammad commanders in the Punjab province of Taxila in April last year. There was a follow up meeting next month at the Brigade HQ in Kotli district of POK according to an intelligence report.

In recent years, drones have undergone tremendous development. Due to their low price and ease of use drones have been widely utilised in all spheres of human activity such as marriage functions, political rallies, security surveillance and so on. The Indian Army has also employed its drones on the LAC at Ladakh to monitor surveillance of the PLA deployments and move.

In recent times we have also seen how drones were utilised with devastating impact on the attack on Aramco airfields in Saudi Arabia by Yemen’s Iran-backed Houthi rebels using six bomb-laden drones, stepping up their offensive on the kingdom's energy and security installations.

Shoring up intelligence gathering and analysis capabilities would probably be the most effective counter-measure to tackle this new chapter of terrorism. However, the first step that needs to be taken is to put in place effective rules, regulations and drone design restrictions—that is, the policy aspect.

To mitigate these threats it is also necessary to deploy anti-drone systems in sensitive areas to detect, localise and defend against intruding drones. Such an ant drone system will be able to detect the drone at the time it flies to a sensitive area, estimate its location and thereafter carry out jamming, hunting or control of the detected drone.

There are several technologies available in the world which can be utilised to counter the threat of drone. These are using different parameters such as radar surveillance, audio surveillance, video surveillance and radio frequency (RF) surveillance. Each technology has its strength and weaknesses.

The first surveillance technology relates to the use of radars. Radar is a useful tool for detecting and tracking large aircraft, whereas it faces challenges in detecting and tracking drones since drones have a low radar cross-section and usually fly at low speed at low altitudes. The radar can analyse micro-Doppler signatures, however, its detection range is limited to about 3 km and has limitations in its usage in urban crowded areas because of its using high electromagnetic energy.

The other technology is based on audio signatures as, during the flight of drones, the sounds generated by the motors and fast rotating propellers can be utilised in the detection, classification and localisation of drones by a system equipped with acoustic sensors. The drones can also be detected based on video images.

It has been observed that the existing drones in the market usually communicate with their controllers at some specified frequency bands. These frequencies can be monitored and jammed.

Today in the world market there are many commercial/military anti-drone systems. Audio-based detectors are available which can detect both fixed-wing and rotary-wing drones. Its detection ranges up to 500m. Other systems use both audio and radiofrequency technologies and can detect and jam a drone up to one km of range. Some of the anti-drone protection systems being used by various nations are discussed here.

India has begun operating Israeli anti-drone SMASH 2000 Plus systems that are fitted on a rifle and can target drones flying at high speeds. The device can detect drones and other small flying objects, not just during the day but also at night. SMASH 2000 Plus features built-in targeting algorithms that can track and hit very small drones skimming along at high speed, at ranges of up to 120 metres, with the first shot. The electro-optic (EO) sight system, which was brought into the market last year, provides a day/night rapid target acquisition capability to target small, fast-moving aerial threats such as incendiary balloons and kites.

The Govt needs to explore all available options to induct anti-drone detection systems and deploy them in sensitive areas based on threat perception and available intelligence inputs. The DRDO had recently developed an anti-drone system that aimed at neutralising micro drones through either jamming of command and control links or by damaging the electronics of drones through laser directed energy weapons. This system can detect and jam micro drones’ up to a distance of 3 km.

The efficacy of manufacturing this system at a large scale and deploying it needs to be explored.

This anti-drone system, which was deployed during 2020 Republic and Independence Day, has a range of over two to three kilometres with radar capability to pick up the drone and then use frequencies to jam the unmanned aerial vehicle. The other developed option includes spotting the drone through radar and then targeting it with a laser beam.

Despite a suitable number of options available, India’s capabilities to detect drones/UAVs have not yet been developed successfully. The government needs to review the status of the development of drones, the means of detection and the methods of engagement.

There needs to be an urgency to establish a counter to the drone threat which has manifested itself as a potent force to de-stabilise our strategic assets. Technologies to track, using optical or infra-red means or multi-sensors including sound are available. Artificial intelligence could also be used to fine-tune a counter to this threat. Efforts need to be accelerated to ensure detection, immobilisation and destruction of this new menace to mankind.