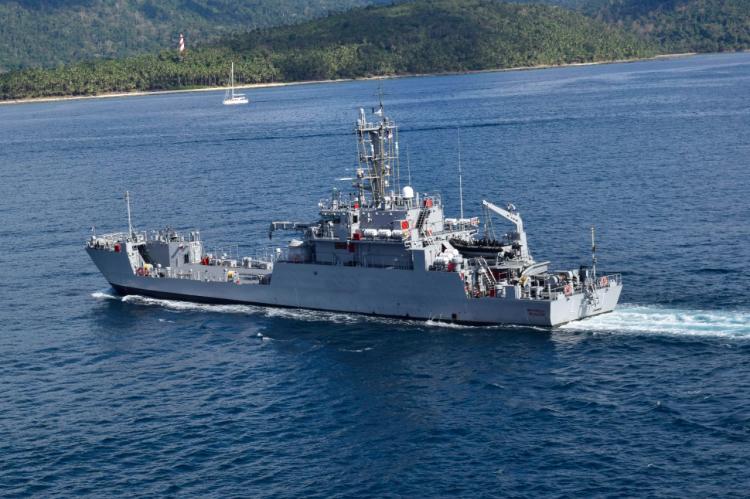 Garden Reach Shipbuilders and Engineers Ltd., (GRSE), a leading warship building and Mini-ratna Category 1 Company under the administrative control of the Ministry of Defence, tops off year 2020 with “Delivery” of the “Last of Eight LCU Project” and “Start Production” of the First Ship of Eight ASWSWC Project.

GRSE delivered IN LCU L-58 (Yard 2099), eighth and last in the series of Landing Craft Utility Ships to the Indian Navy. This ship is the 106th Warship built and delivered by GRSE so far, since its inception in 1960, the highest no. of warships delivered by any Indian Shipyard till date.

The LCU is the third ship delivered by GRSE in 2020, no mean feat considering the operational constraints imposed by the global pandemic of COVID 19. The Shipyard has delivered 14 ships in the last 42 months which clocks an average of 3 months per ship. The complete design of the LCU Mark IV ships has been developed in-house by GRSE as per requirements specified by the Indian Navy which necessitate a unique design with no precedence worldwide. The 62.8 m long and 11 m wide LCU has a displacement of 830 T and can achieve a speed of 15 knots. The LCU is designed to accommodate 216 personnel and is equipped with Two Indigenous CRN 91 Guns to provide Artillery Fire support during landing operations. The ship is fitted with State-of-the-Art Equipment and Advanced Systems like the Integrated Bridge System (IBS) and the Integrated Platform Management System (IPMS). In line with the Govt. of India’s Make In India Initiative towards Self Reliance & Indigenisation efforts, the LCU Mark IV Class of Ships are fitted with close to 90% indigenous equipment fit and multiple innovations.

LCU L-58 being delivered by GRSE today to the Indian Navy shall join the fleet of ships at Andaman & Nicobar Command. The Andaman & Nicobar Archipelago whilst acting as the extended arms of India, straddle one of the busiest trade routes in the world leading into the South China Sea and keeping the islands safe is one of the chief responsibilities of the Indian Navy. The Eight LCUs with high military lift capabilities built by GRSE, shall form the backbone of the Maritime Security Cover and HADR activity in the A&N Archipelago.

Today is also the ‘Start Production’ Day for the First of Eight ASWSWCs which is the first ‘Milestone’ in shipbuilding and signifies commencement of vessel construction after design engineering phase. The compact and complex stealth crafts are designed by GRSE. The platforms will be packed with state-of-the-art weapons and sensors like Hull Mounted Sonar, Towed Sonar, Torpedo Launchers and Rocket Launcher to interdict and destroy sub-surface targets in coastal waters. The crafts are capable of ‘Search & Rescue’ and ‘Low Intensity Maritime Operations’ and are propelled by water-jets capable of doing high speeds.

Since its takeover by the Government of India in 1960, GRSE has delivered high-end warships ranging from Fast Patrol Vessels, Survey Vessels, LSTs, LCUs, Fleet Tanker, Frigates and Missile & ASW Corvettes. The shipyard also has the distinction of achieving over 90% indigenous content, onboard ASW Corvettes, a significant advancement towards self-reliance in state-of-the-art warship design and construction. Having modernized its infrastructure facilities, GRSE is using Advanced Modular Integrated Shipbuilding Technology in line with the best in the world. This has helped enhance its capacity to the present level of constructing 20 warships concurrently. On 14 Dec 2020, GRSE created history with the launching of first of three Stealth Frigates, “Himgiri” under prestigious Project 17A.

The shipyard has a healthy order book of over Rs 26,000/- Crore for construction of 15 warships of the Navy to be completed progressively by the year 2027. GRSE has also diversified into ‘Engineering’ business and more than 5300 Portable Steel Bridges have been supplied to Indian Army, Border Road Organisation and State Governments. These bridges have also been exported to friendly neighborhood countries including, Myanmar, Nepal, Sri Lanka & Bhutan. GRSE also undertakes production of Deck Machinery Items which are fitted on GRSE built ships as well as those built by other shipyards in the country. Assembly, Testing and Overhauling of MTU Diesel Engines is undertaken at GRSE’s Diesel Engine Plant at Ranchi.