India and EU together can be a force for global good – Ugo Astuto, Amb EU

After the recently concluded maiden Indo-EU naval exercise, IDI, in an email interview, discussed the significance of the exercise and other related issues with Ugo Astuto, Ambassador of European Union in New Delhi. 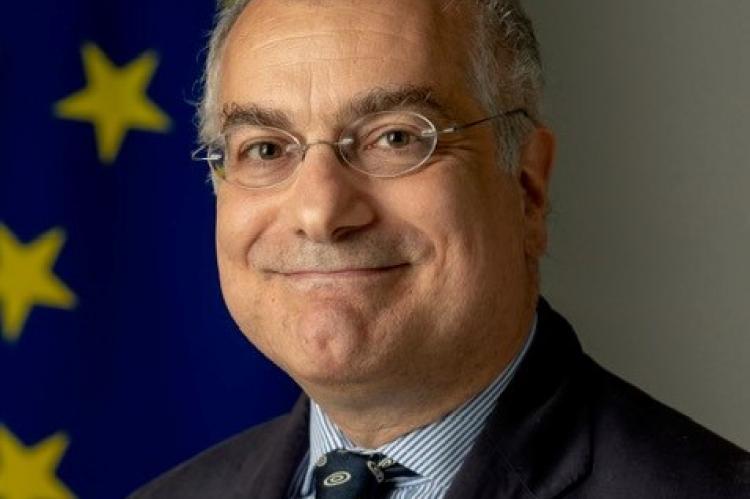 On Indo-Pacific as a geopolitical entity

Ugo Astuto - The Indo Pacific is as much a strategic space as a geographical reality. In the EU, we define it as stretching from East Africa to the Pacific Island States. It is becoming the world’s centre of gravity, both in geo-economic and geo-political terms. The EU has a clear stake on stability and security in the Indo-Pacific. We are already extensively engaged in the region. Let me recall that the Indo Pacific is the second largest destination for EU exports and home to four out of the top ten EU trading partners.

In April, the European Council approved conclusions on an EU strategy for cooperation in the Indo-Pacific. The EU intends to reinforce its strategic focus, presence and actions in the Indo-Pacific with the aim of contributing to the stability, security, prosperity and sustainable development of the region, based on the promotion of democracy, rule of law, human rights and international law.

Our strategy will foster a rules-based international order, a level playing field as well as an open and fair environment for trade and investment, reciprocity, resilience, tackling climate change and supporting connectivity.The EU’s approach is close to the Indian vision for the region. We are like minded in our emphasis on democracy and a rules-based system of international governance, grounded on respect for international law, in particular the UN Convention on the Law of the Sea – UNCLOS.

EU – France, Germany and the Netherlands have adopted Indo-Pacific strategies at national level. They – together with the other Member States and the EU institutions – endorse the current exercise of drafting an EU-wide strategy. Efforts at national and EU-level are mutually reinforcing and complementary in driving the same essential messages. We wish to strengthen our engagement with partners in the Indo-Pacific, responding to the global challenges and emerging dynamics that are affecting the region.

EU – We share the Quad’s emphasis on a free, open and secure Indo-Pacific. As the world’s largest trading bloc and one of Asia’s top trading partners, we have a clear stake on the safety and security of supply chains, maritime traffic and the prosperity and stability of the Indo-Pacific.

On long term cooperation with India

EU – Maritime security is at the forefront of both the EU and India’s approach to the Indo-Pacific – we have a shared interest in keeping the region free, open and secure. India – and the Indian Navy – are key players in this regard.

The first EU-India Dialogue on Maritime Security took place in January this year- we are going to do this on an annual basis in the future. The EU-India naval exercise, conducted on 18-19 June, between the Indian Navy and Operation Atalanta (the EU’s counter-piracy operation off the coast of Somalia) is another significant step towards operationalising our cooperation in the field of maritime security.

The EU wishes to work even closer with India. We are like minded actors that share common values such as democracy and rule of law – in a world of growing uncertainty, we promote freedom of navigation, respect for international law, in particular the UN Convention on the Law of the Sea (UNCLOS) and a rules-based order.

We also support the international community’s global agenda, for instance when it comes to the fight against climate change and biodiversity loss. We need to act for the conservation and sustainable use of marine biological resources. The EU-India Leader’s meeting on May 8 adopted a Connectivity Partnership: we share the same principles of quality and sustainable connectivity in all its dimensions - such as digital, transport, energy, human. This is also relevant for our cooperation in the Indo-Pacific.

The current COVID crisis has demonstrated that the health sector is a priority, where multilateral cooperation is indispensable. We also wish to advance our collaboration in the field of research, innovation and digitalization. Together, we can be a force for the global good.