Drone attack in Jammu: Pakistan's perfidy and the Indian response 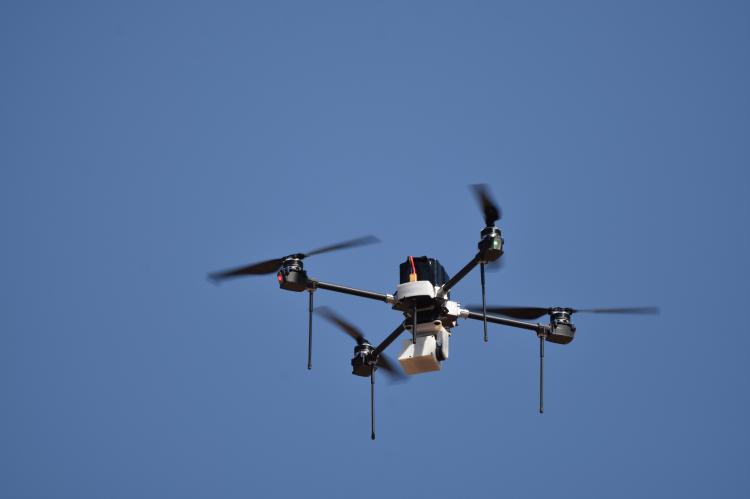 The Jammu airport located at Satwari was attacked by Drones on night 26/27 July. There were two blasts around 2 AM at the IAF premises co-located with the airport. The blasts occurred at the area where a Helicopter Squadron of the Indian Air force is located. No equipment was harmed even as some buildings were damaged and two Air Force personnel on duty sustained minor injuries.

The attack heralded a new form of aerial terrorist threat in an area that has witnessed many terrorist strikes for many decades now. It seems that the enemy (Pakistan) has realised its incapability to strike on ground due to heavy security measures and has now opted for this new method. Notably, the area of the airport is contiguous to the military cantonment of Jammu and has many military establishments located in close vicinity.

This attack is part of an enhanced level of terrorist violence in recent times. Such attacks have been orchestrated at a time when a meeting to discuss the future of the Union Territory (UT) of J&K under the chairmanship of Prime Minister Narendra Modi was planned. The meeting was held in New Delhi on 24, June and was very successful with most prominent leaders of the UT participating and expressing satisfaction with regard to the proceedings.

On June 12, when the meeting was in the planning stage, a terrorist attack in Sopore, North Kashmir led to the death of two security personnel and two civilians while some more people sustained injuries. On 25, June, (immediately after the meeting), a grenade was lobbed towards a police station at Bijbehara, District Anantnag but did not cause any injuries. Under these circumstances, a drone attack at Satwari does not come as a surprise.  It is part of a series of violent retaliations planned by Pakistan to express its annoyance over the meeting.

A few days before the meeting Pakistan had issued a “warning” that it would oppose any move by India to divide or change the demography of Kashmir. Post the successful conduct of the meeting, Pakistan’s obnoxious foreign minister Shah Mahmood Qureshi described it as a drama and a public relations exercise.

Alert security forces in J&K have thwarted all attempts by terrorists and other forces to escalate the security situation in J&K in the wake of the crucial meeting. While the aforementioned attacks did not achieve desired results, three terrorists were killed in an encounter in District Kulgam on 30 June. One terrorist reportedly surrendered during the encounter.

Since Pakistan could not initiate any violence in Kashmir it needed some success which could probably be the reason behind the Drone attack in Jammu. The country was probably unsure of this capability and as such chose a target relatively near to the border areas; being an open area, it was a poor choice, which points towards hasty preparation. The limited success achieved was on expected lines. Pradeep Dutta, a prominent journalist for Jammu and Kashmir said, "Preliminary investigations reveal that two drones flew across the border from the Sialkot sector - which is mere 14.5 kilometres away from the Jammu airport - and returned back after the hit."

Expertise in Drone attacks has been witnessed in countries like the US, Russia, China, Israel etc. Now it seems that Pakistan is eager to join the group and has already taken the first baby steps in this direction. It is quite possible that the terrorist organisations have been trained and equipped to further this activity so that the state can wash its hands off them in case of an international reaction.

The big takeaway for the security forces in Jammu and Kashmir is that such Drone attacks may become a preferred form of violence from across the border and their application will be fine-tuned. Hence, the need to put in place effective countermeasures. The counter measures would be required all along the International Border and the Line of Control since Pakistan is vigorously using Drones for smuggling of arms and drugs into Punjab too.

There is an urgent need to enhance the surveillance system to include the identification of Drone attacks. The need of the hour is low level radars, better night vision devices, jammers etc. Enhanced protection of sensitive installations along the border is of great importance.  India will definitely work towards development of high technology counter drone systems, in the meantime assistance can be taken from friendly countries like Israel.

Effective counter terrorism operations have broken backbone of many terror outfits and initiatives in J&K in the past. There is every reason to be sure that this latest threat of Drone attacks will also be effectively responded to by the security forces in J&K, with active support of the Government of India.

The sad truth is that the people of the UT and the security forces have to contend with an ignoble enemy who will not relent from his malicious objectives. An enemy that simply cannot see peace, stability and development becoming a reality in J&K. Even a deadly situation as created by the COVID has not been able to make the country relent from its perfidious designs.

The security forces, on their part, are very alert and vigilant to ward off terrorist attacks and other evil machinations of the enemy. It is for this reason that the terrorists are not getting the type of success that they are looking for despite making numerous attempts. Now that Pakistan is being compelled to contend with a defeated policy in J&K it is becoming petulant and aggressive.

The Pakistani leadership must realise that this aggression will not help it fight the tenuous economic, social and political situation that it is facing. Instead of creating trouble in the neighbourhood it should be looking inwards to resolve its problems. There is also a need for the international community to check unfettered violence that Pakistan is spreading across the globe simply to keep alive its unreasonable conflict with India.

*The author is an Army veteran and columnist. Views expressed here are personal.