Amidst the ongoing stand-off with China, India, on Thursday, approved weapons systems and fighter jets worth INR 38,900 (over USD 5b). The proposals were cleared by Defence Acquisition Council (DAC), apex procurement body of the Ministry of Defence, under the chairmanship of defence minister Rajnath Singh.

“Focused on indigenous design and development these approvals include acquisitions from Indian industry of Rs 31,130 crore,” government said in a statement.

Besides the approval of much discussed 21 MiG-29 and 12 Su-30MKI, DAC gave sanction to development of a “Long Range Land Attack Missile Systems having a firing range of 1,000 km” for Navy and Air Force. Sources suggest that the new missile will be an advanced version of Nirbhay cruise missile. After six test the Nirbhay development project was abandoned.

According to sources, the technologies developed during the Nirbhay can be developed further and DRDO can very soon deliver a missile that can be launched both from naval and air platforms.

On the fighter proposal the statement announced, “While the MIG 29 procurement and upgradation from Russia is estimated to cost Rs 7,418 crore, the Su-30 MKI will be procured from Hindustan Aeronautics Limited (HAL) at an estimated cost of Rs 10,730 crore.”

This is to address the decreasing fighter strength of the Indian Air Force. The proposal for purchase of these 33 fighters was first discussed with Russia soon after the Balakot air strike. 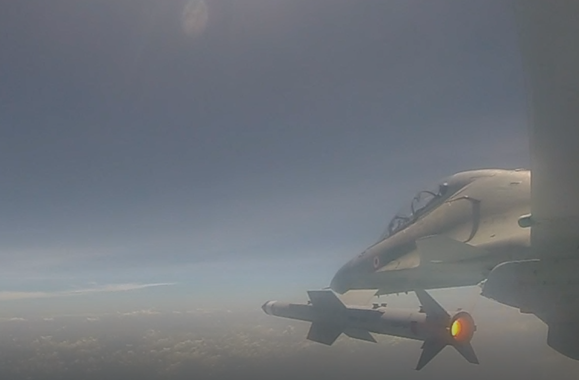 Another very significant approval is for 248 Astra beyond visual range air-to-air missiles. The DRDO developed Astra is India’s first air-to-air missile and it is expected to arm fighter fleet of IAF and Navy.

Speaking on the announcement, DR G Satish Reddy, Chairman DRDO said that Astra, SDR, Pinaka munition and LACM are state of the art systems developed by us.

“Armed forces and industry will be immensely benefitted with the manufacturing of the indigenous systems,” he said.

“The equipment are going to be manufactured in India involving Indian defence industry with participation of several MSMEs as prime tier vendors. The indigenous content in some of these projects is up to 80 per cent of the project cost. A large number of these projects have been made possible due to Transfer of Technology (ToT) by Defence Research and Development Organisation (DRDO) to the indigenous industry,” the statement said.