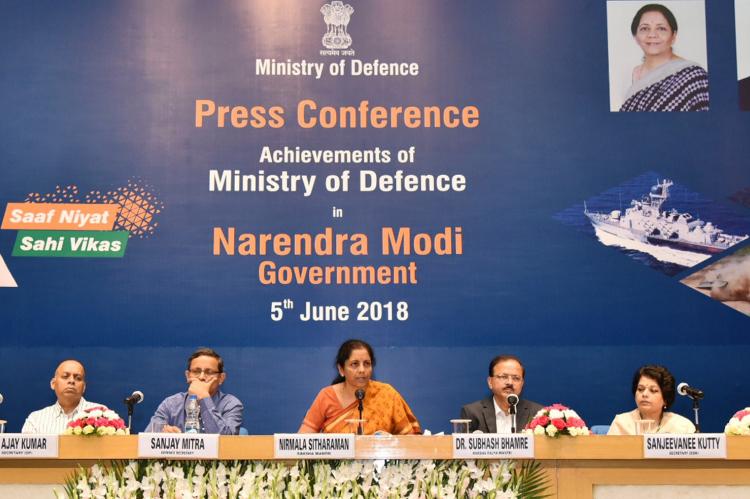 “Battle Scene in the Year 2020” was perhaps the first national workshop of its kind held in February 1998 at Delhi that invited experts from armed forces, paramilitary and defence R&D to discuss geopolitical scenarios and technological change and impact on military evolution. A book was published on the proceedings. The author of this article participated as a Scientist from DRDO and also contributed a few papers. In the context setting talk at the start of the Workshop, Dr Kalam said and I quote from the book that has the proceedings, “We now have a plan of self-reliance in defence systems approved by the government. The present 30%-40% of self-reliance has to be improved to about 70% in the next five years.”  20 years down, in 2018, we still are talking about 70% import and need for self-reliance in defence. Please see the recent article by Ex-Deputy NSA of India, Mr Arvind Gupta. He says, “The past experience shows that achieving self-reliance in defence manufacturing remains an elusive goal. India continues to import 70 per cent of its defence equipment.”

Is the question of why the so-called self-reliance percentage has remained static at 30 per cent for defence equipment for the last 20 years important?

Of course, one can quibble about relative percentages on specific defence systems including Missiles (strategic and tactical), Light Combat Aircraft (LCA), Main Battle Tank Arjun, etc. Yet, it is imperative that India should not only ask this question but also create an actionable response and as Mr Gupta pointed out a “Roadmap” to complement the new defence policy.

We define innovation to be “successful creation of needed change through ideas”. This, of course, requires understanding and defining what “change” is “needed” and of course how to evaluate that change process has been successful. Above all innovation need ideas. And until we create an Idea vending machine, unfortunately, we must depend for ideas on Human mind which has thoughts that bring in the genesis of change. There are five different paths to innovation as we have found. They can be initiated by, (1) Imagining the next (2) Transforming the existing systems (3) Solving key problems (4) Fulfilling articulated and unarticulated user/customer needs through user insights and  (5) Developing technology foresight to utilize the advances in science and technology for creating the changes successfully. Since ideas come to human minds, we need to involve and maximize the number of prime, trained and practising human minds for generation of ideas.

The MT is considered as a continuous and ongoing process to create major changes or improvements without any specific rigid end-goal through a continuous process of adaptation, creative exploration, experimentation and learning.

Interestingly though, the USA – the sole superpower since 1991, and a major proponent of MT has seen significantly lower transformations, between 1992-2010, when compared to China and Russia. It may be an interesting exercise to see how much transformation Indian defence forces have seen.

The model for evaluating military transformation Index proposes four transformation dimensions – (a) Organizational Structure (b) Personnel (c) Weapon Systems and (d) Defence Expenditure.  Indian army recently proposed a Brigade+ based organization compared to Divisions based organization. The MT Index or transformation does describe this trend to be seen everywhere – the USA called it Modularity. Indian Army did experiment with RAPIDS and RAMIDS in the 1980s – the mechanization of infantry by General Sundarji was perhaps real organizational innovation as also the announcement of Mountain Strike Corps, although it was not clear how it will evolve on the ground.

The changes being seen in the evolution of warfare and security dimensions need to be studied. Historically it is clear that the character of war keeps on changing through newer technologies, doctrines and organizational structures. However, we are seeing in this century an evolution of warfare from unrestricted warfare to hybrid warfare and multi-dimensional warfare.

(c) Define the Indian Defence forces for the Sixth Wave of Innovation for the years 2020-2045. This wave as we describe will be driven by (i) Networked, Autonomous, Nano and Hypersonic things, (ii) Algorithmic Intelligence (Not Artificial Intelligence) and Quantum Computing and (iii) Synthesis of Biology, Energy and Reality.

(d) Create a comprehensive Conventional Prompt Regional Strike (CPRS) and Conventional Prompt Global Defence (CPRD) Framework for India. Similarly, define clear future missions in the 15 dimensions warfare and for the Sixth Wave of innovation. Use these mission mode frameworks to create technological challenges and allow small teams of entrepreneurs, scientists and engineers to work in incubation hubs with time-bound tenures that can be hived off as future companies owned by the members.

(e) Focus on creating the next Revolutions in Military Affairs (RMA) through original conceptualization. Software-based RMA and Military Transformations are the keys.

(f) A new organization or a new Ministry of Future to evolve India to future through a foresight, design and innovation-driven approach involving all sectors – public, private, academia and various science and technology organizations and think tanks need to work together through a mechanism that needs a transparent and well-defined protocol to be established.

Modularity of Army – Brigade, Integrated Battlefield Group and Division – what should be the unit of fighting for the next 25 years for Indian defence forces

An integrated and joint logistics support system for the defence forces has been long in demand.

The traditional approach of separating combat systems from combat support systems must be relooked in the new integrated/networked system of systems – or what is being termed as the C5ISR – the fifth C is the combat systems.  The Rand report on the recent Afghanistan Mission Network (AMN) states key lessons learned from the development and evolution of the AMN). It states “The AMN began as a network for facilitating fairly commonplace human-to-human exchanges … Over time, it evolved to become the primary C5ISR system in Afghanistan”

BMD/ASAT/Anti-TNW – for the Strike Force

The Indian Strike Force faces a de-capacitating threat at the start of any war – a pre-emptive elimination through cruise missiles, ballistic missiles, or even a tactical nuclear weapon. A question is how to design a strike force that can withstand a pre-emptive strike and still perform its function. On obvious conceptual framework is to keep it in a diffused state so that it is not visible in the initial stages of the war. This will require modularity, comprehensive C4ISR integration with the strike force and reinforced integrated logistics support system.

India needs to develop response to a comprehensive, controlled and integrated Chinese assertiveness which is backed by a unilateral posturing and meddling in multiple dimensions – economic, geopolitical, military, and foreign relations – of other countries.

Creating a credible, conventional, rapidly executable response against Pakistan that is feasible and effective under the threat of nuclear war constraints and especially the use of Tactical Nuclear Weapons (TNW) using NASR and recently acquired SH-15 Howitzers from China

Indian needs to work towards understanding, developing and creating - infrastructure, capability and response to the disruptive nature of information war while continuing to be the Net Security Provider in Indian Ocean Region and further.

Self-reliance in defence has been a worthy goal for India for many decades. Unfortunately, it has remained unfulfilled. Innovation in defence is the key call for action. Our hypothesis is that we have remained self-unreliant in defence because our military doctrine, technology roadmap and mission profile of the future have either remained in the past or has been borrowed from others. A true response requires a multi-dimensional action plan invoking the changing and expanding nature of warfare, planning to respond and leverage the upcoming sixth wave of innovation and defining the new Indian military for the sixth wave of Innovation and 15-dimensional warfare. Using these through specific organization structures, mechanisms and protocols to involve as many minds as India can to develop specific missions and creating doctrine, organization, technology and strategy to fulfil those missions.

The author worked as a Defence Scientist from 1990-2000. He is the founder director of CRAFITTI CONSULTING (www.crafitti.com) – an Innovation and Intellectual Property Consulting firm focused on co-crafting Innovation in global enterprises. 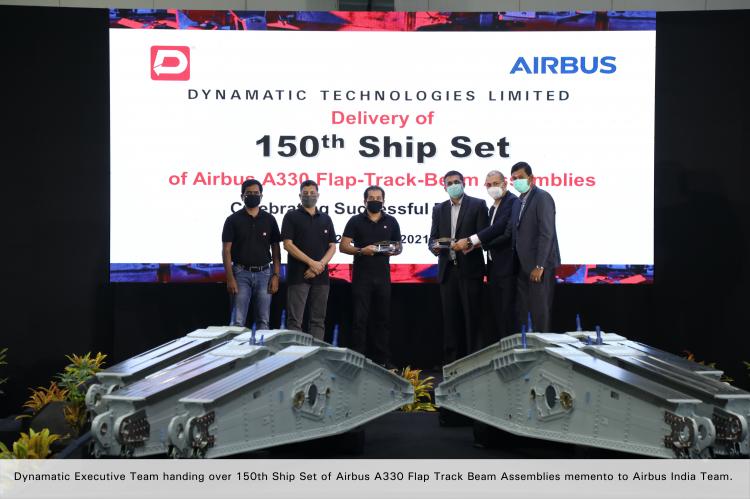