The planned withdrawal of the US forces from Afghanistan commenced last month and resulted in an unprecedented crisis in this land-locked country. No sooner than this happened, the Taliban went on an all-out offensive and consolidated its position in most districts of Afghanistan. It is reported that they enjoy almost 90 per cent domination of areas in the entire country. It is also unfortunate to hear daily incidents of killing of journalists and innocent people who dare to expose the ideology of the Taliban. This sudden fall out of the geopolitical situation is likely to have serious ramifications in the Indian sub-continent. Can the world powers be a mute spectator to this deteriorating situation which threatens to spiral into a serious crisis that is likely to have a serious impact on the entire security scenario in the region?

It would therefore be prudent to critically analyze the present situation in Afghanistan and recommend options, wherein, India could play a significant role in providing stability to the present Afghan Government.

In the past 20 years, there has been significant progress in the overall development of Afghanistan. India, which enjoys strong cultural links with Afghanistan dating back to the Indus Valley Civilization has forged excellent relations with the people of the country and has contributed much to its economic development and growth. Today, there are Indian investments in Afghanistan to the tune of over 3 billion US dollars and mega infrastructure projects such as South-Western Afghanistan, the highway from Zaranj to Delaram, the highway is of strategic importance to New Delhi, as it provides an alternative route into landlocked Afghanistan through Iran’s Chabahar port. India built vital roads, dams, electricity transmission lines and substations, schools and hospitals, etc. Unlike in other countries where India’s infrastructure projects have barely got off the ground or are mired in the host nation’s politics, it has delivered in Afghanistan.

The 2011 India-Afghanistan Strategic Partnership Agreement recommitted Indian assistance to help rebuild Afghanistan’s infrastructure and institutions; education and technical assistance for capacity-building in many areas; encourage investment in Afghanistan; and provide duty-free access to the Indian market. Afghanistan today is untouched by the 400-plus projects that India has undertaken in all 34 of Afghanistan’s provinces. In 2020, India had concluded with Afghanistan an agreement for the construction of the Shatoot Dam in Kabul district, which would provide safe drinking water to 2 million residents. The fate of these projects is now up in the air. 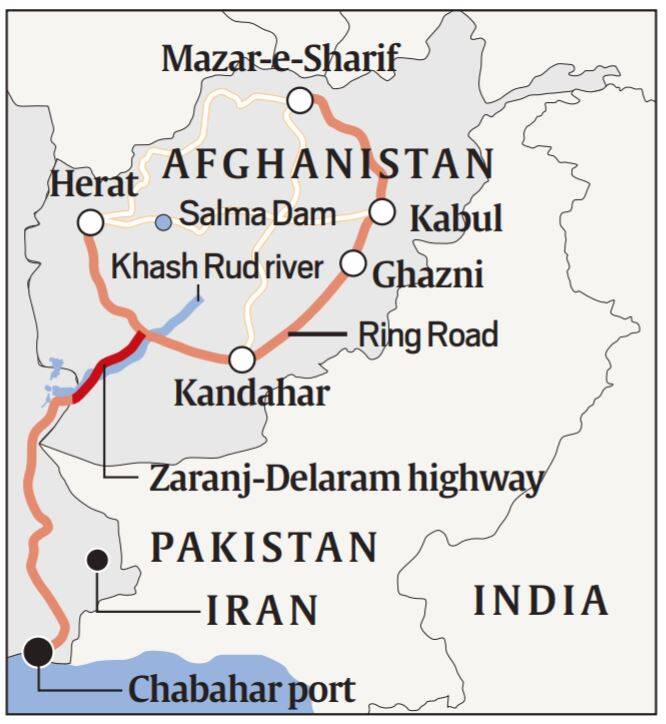 As things stand today, the Afghan populace especially women are at serious risk of being marginalized. Human rights violations are rampant. As rightly analyzed by Yamini Mishra, Director of Amnesty International who made a statement that “the forthcoming withdrawal of international troops may impel Afghanistan to take a retrogressive turn towards an outcome that will imperil the twenty years of progress achieved by the women”.

With the withdrawal of US troops from the Bagram airbase only about 3000 US soldiers are left in Afghanistan. As has been observed with the thinning out of these troops, the Afghan forces have got weaker especially the diminishing of airpower resulting in the Taliban re-aligning themselves and striking at will. Taliban is also getting the tacit support of the Pakistan Army and new cadres are being inducted from the Pakistan soil, swelling their numbers to about 75000. The rag-tag Afghan Army though having numerical superiority does not have either the requisite training or discipline to fight the Taliban forces as was evident of either they surrendering to the Taliban forces or seeking refuge in Pakistan and Uzbekistan.

Another significant development that is taking place is the polarization of Afghanistan-Pakistan-China-Iran into an alliance. This alliance may even get stronger if Russia and Turkey consider becoming a part of it. If this happens, India’s vulnerability to terrorist attacks in Kashmir will further get attenuated.

Another possible scenario may emerge, wherein the UN intervention may become a possibility in case Afghanistan hurtles towards a civil war.

Considering the rapid change in the geopolitical situation in the region, India will have to get its act in place and move through diplomatic channels to influence Russia and Iran from assisting the Taliban in any way. India enjoys very good economic relations with both these countries and could prevail upon them to ensure that the Taliban does not resurrect any alliances with these countries as well as prevent any Chinese intervention in Afghanistan. This will be a tall task and a true test of India’s emergence as a future economic power.

At the same time, all possible help either militarily or economically must be provided to the Afghan Government by India to strengthen their capability to counter the Taliban offensive. The next two months would be extremely crucial in deciding the fate of Afghanistan. The eventuality of the Taliban taking over the reins of power would result in Afghanistan going back to the “Stone Age” with sharia being imposed in the country. This would transform the region in becoming a hotbed of terrorism leading to great instability in the Indian sub-continent.

It would therefore be imperative that countries like the USA, Russia, France and Great Britain unite in the cause to consider options in bringing stability in this region as the situation may gradually get out of control. As US Secretary of State Anthony J Blinken had recently said: “An Afghanistan that does not respect the rights of its people, an Afghanistan that commits atrocities against its people, would become a pariah state… taking over the country by force and abusing the rights of its people is not the path to achieve those objectives.”