‘Reforms will not stop’, Rajnath Singh 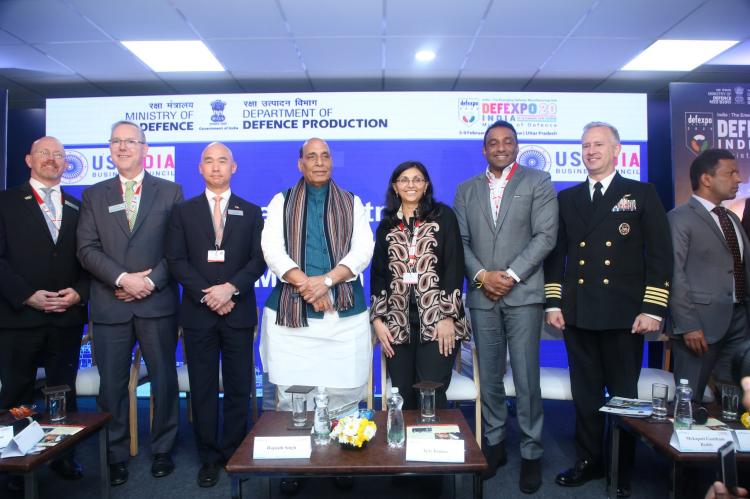 The Minister of Defence, Rajnath Singh today emphatically stated that the reforms in the defence sector will not stop here and that the industry should take full advantages of the opportunities that are opening up. He was speaking at the US India Business Council session on US defense industry contributions towards ‘Make in India’.

While acknowledging the work done by USIBC in promoting trade including in aerospace and defence between the two countries, the Minister said constant interactions would give new dimension to Indo-US relationship. The 2 + 2 Ministerial dialogue had moved away from the traditional buyer-seller format to that of a collaborative relationship. “It will be vibrant in the near future.” The US as such is one of the largest defence exporter for India and also to the world. Defence manufacturing sector is growing in India at a rapid pace and this can be further accelerated with cooperation on many fronts.

The Minister of State for Defence, Mr. Yesho Shripad Naik said the ministry is in the process of announcing the new defence procurement procedure (DPP 2020) which is expected to enhance the bonding between Indian and foreign companies.

The President of USIBC, Nisha Biswal said the amount of business that defence and Make in India would generate is about 70 billion USD and the US is keen on supporting the growing industry. The MRO and the ancillary sector are going to touch the 3 billion USD size by 2021. India is fast becoming the supply platform for the world, she said and mentioned how Boeing alone had about 200 suppliers out of India. The US India relationship is going to have a dramatic impact on economic and security aspects.

Mr. Dennis Swanson, Vice President, International Sales, Global Sales and Marketing, and Defense, Space & Security, Boeing Global Services, said the partnership between the US and India has been growing and testimony to that is the business touching nearly 18 billion USD in 2019, from less than $1 billion in 2008. Talking about the Make in India initiative, he said the US companies have already started engaging many Indian companies of various sizes to take them on their supplier list.

Mr. Swanson said while the policies are significant, the complex bureaucratic procedures are stumbling blocks. The USIBC, he said, seeks from the government a list of projects that are available for foreign OEMs for 49 per cent investment. Regarding offsets, which is a catalyst, companies are still finding it difficult the way the policy has been drafted and administered. There should be faster processing and approvals.

Mr. David Sutton, Director the Indo-Pacific, Lockheed Martin International, complimented the state of Uttar Pradesh as ‘Lucknow is shaping good as regards defence industry’. On Lockheed Martin’s relationship with India which spans over three decades, he mentioned that over 70 Indian companies had been enlisted in the Lockheed global supply chain. “We are looking at long term defence partnership, investing in people and projects.” Lockheed supports Indian innovation and over 400 innovators and start-ups have gone through Lockheed handholding.

Mr. David Park who leads the electronic systems unit of BAE Systems said BAE is supporting  the light combat aircraft and moving forward it will work with India’s Aeronautical Development Agency (ADA) on LCA MK2 with the latest heads-up display. ADA has already integrated BAE’s heads-up display in quick time and that some parts of the heads-up display can be made in India.

The Minister of Industries of the Government of  Andhra Pradesh, Mr. Gautam Reddy invited the defence industries to Andhra Pradesh where it would get all the support from the State Government which is keen on developing a defence eco system. The Prakasham defence corridor has about 30,000 acres to be exploited.

The Deputy Chief of Naval Staff, Vice Admiral M.S.Pawar said the second aircraft carrier will be built in the next 10 years with an investment of nearly Rs. 45,000 crores and this mega project will not only create jobs but also add India’s capability in ship building. The Deputy Chief was speaking at a session on ‘Harnessing strengths of R&D establishments, academia and MSMEs’, organised by Bharat Shakti.

Vice Admiral Pawar said the Indian Navy and the ship building companies would do a lot of handholding of the MSMEs who form the backbone of the defence industrial complex. One job created in the Cochin Shipyard Limited creates six jobs in ancillary and half of the motors come from Coimbatore which has a large engineering base in the MSME category.

The second indigenous aircraft carrier 2 (IAC-2) named INS Vishal (giant) is a planned aircraft carrier to be built by Cochin Shipyard Limited for the Indian Navy. The proposed design of the second carrier class will be a new design, featuring significant changes from INS Vikrant, including an increase in displacement. An electromagnetic aircraft launch system (EMALS) CATOBAR system is also under consideration.

Stating that there have been instances of the Indian armed forces using second grade tools and still doing well, Vice Admiral mentioned it was time the armed forces got the best in the interest of national security. “We require war winning technologies. We are transparent, open and willing to encourage the private sector, MSMEs in this journey of developing the best technologies.”

Prof. H.S.N.Murthy, Head of Department, Aerospace presented the expendable multi-role unmanned aerial vehicle (UAV) with features of surveillance, loitering weapon and aerial targets. It has a plastic frame, low cost cameras and off board processing. IIT Madras has collaborated with the industry right from the ideation stage. The UAV has artificial intelligence to identify target and has a range of 100 km with an endurance of six hours. The taxi trials are over and soon the UAV will be undertaking flight trials. The prototype 1 weights 50 kg and costs about Rs. 3 to 4 lakhs.

Prof. A.Ramakrishna also of the Aerospace Department presented the Ramjet propelled artillery gun shells which enhances the range of artillery shells. Ramjet only needs to carry fuel and use air as oxidizer. The range enhancement is from the existing 22 km up to 65 km with Ramjet, thus adding to the battlefield range. The team is working on integrating a precision guidance kit with the assistance of IIT Kanpur.

He said the department also had developed fuel rich propellant for missiles and the Indian Air Force has shown interest in the R&D work. The dense fuel developed with aluminium enhances the range of the missiles. With this fuel, Akash missile can go up to 45 km from its present capacity of 25 km.

Prof. V.Kamakoti and team have developed Shakti class of microprocessors which are secure and has net-centric capabilities. Shakti which will be on indigenous artillery equipment is likely to be operationalised by 2023. The project has been approved by the government of India and this can be used in IoT (Internet of Things). Prof. Kamakoti’s presentation was made by Lt. Gen. P.R.Shankar who said that the IITs have contributed significantly to country wherein many technologies have been commercialised. 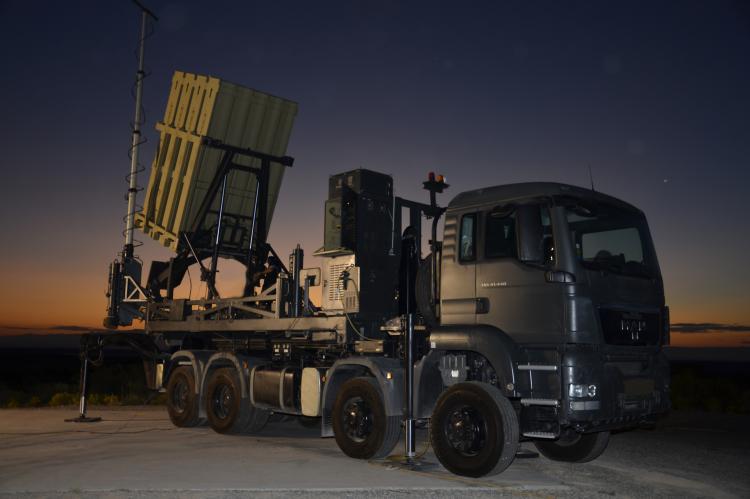