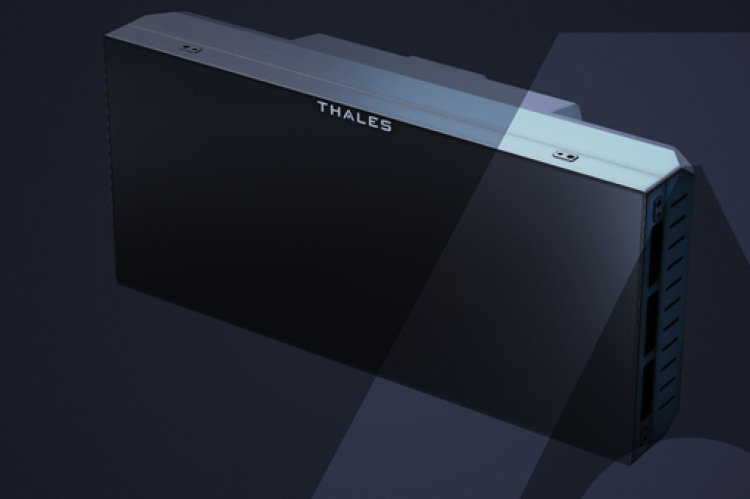 Threat detection, identification and surveillance missions depend on a force’s ability to operate in any type of environment and all weather conditions. Drawing on its experience with the successful Master series of radars, Thales has developed a new, ultra-compact surveillance radar with enhanced target detection capabilities for fixed-wing aircraft, helicopters and UAVs. With its low integration and operating costs and high availability and performance, the AirMaster C sets a new standard for airborne radars.

The nature of armed confrontation is constantly evolving. From the intrastate conflicts of the post-Cold War period to the asymmetric threats of the early 21st century and, more recently, the resurgence of rivalries between major powers, armed forces around the world must constantly adapt as they face different types of adversaries in a diverse array of environments: open ocean, coastal areas, remote deserts and urban spaces.

Responding to these rapid changes, Thales has developed the AirMaster C, a new surveillance radar with an ultra-compact, programmable 2D active antenna based on SiGe (silicon-germanium) technology. SiGe is much more energy efficient than other technologies used for AESA radars, and allows the radar to self-cool. Weighing less than 20 kilograms and housed in a single unit design, the radar has a 30% lower SWaP (size, weight and power) than the other radars in this class.

In addition to this breakthrough SiGe technology, other innovations are deployed. Multi-polarisation (a capability displayed by many cameras) will allow the radar to automatically select the optimal settings to maximise detection performance on each mission. The radar also offers a simultaneous short-range and long-range detection capability, similar to the human eye, for instantaneous surveillance. With its 2D navigation and weather modes, the AirMaster C will also provide valuable navigation support in all types of environments and weather conditions.

The AirMaster C is a smart software-defined radar designed to reduce aircrew workload. With its autonomous sensors, self-learning functionality and the ability to analyse and classify huge volumes of data, the radar can automatically adapt to different uses, terrains and environments. The AirMaster C builds on the innovative design and proven success of the Master series.

Notified by the French Armament General Directorate (DGA), preparatory studies are being carried out by Thales in collaboration with Airbus Helicopters for the integration of the AirMaster C on board the Guépard helicopter. This is the future light joint army helicopter, which will have to carry out a wide variety of missions for the three French armies.

“We’re proud to present the latest addition to the Thales family of airborne surveillance radars, the AirMaster C, which meets the full range of current and future operational requirements. With this new product, Thales offers an optimised surveillance solution for a broader array of platform types and operators, ensuring they benefit from the highest levels of mission performance as they face the new challenges ahead.” Hervé Hamy, Vice President for Intelligence, Surveillance and Reconnaissance (ISR), Thales