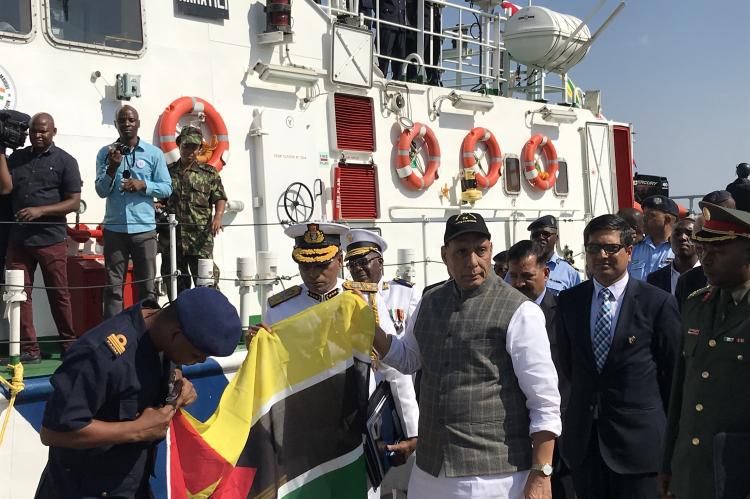 Today, the Raksha Mantri (RM) called on Mr. Carlos Agostinho do Rosario, the Prime Minister of Mozambique. He also held delegation-level talks with his counterpart Mr. Atanasio Salvador M’tumuke. After the talks, two Memoranda of Understanding - agreement on sharing white shipping information and co-operation in the field of Hydrography – were signed between Government of India and Government of the Republic of Mozambique. The signing of the two MoUs will further strengthen the ongoing Indo-Mozambican Defence co-operation.

The visit witnessed the growing defence co-operation between Mozambique and India, and the potential such collaboration offers for enhancing security in the Indian Ocean Region.

The Raksha Mantri announced assistance of communication equipment and highlighted the importance of working together to prevent non-traditional threats like smuggling, terrorism, piracy, poaching, etc. and overall co-operation in the maritime domain. 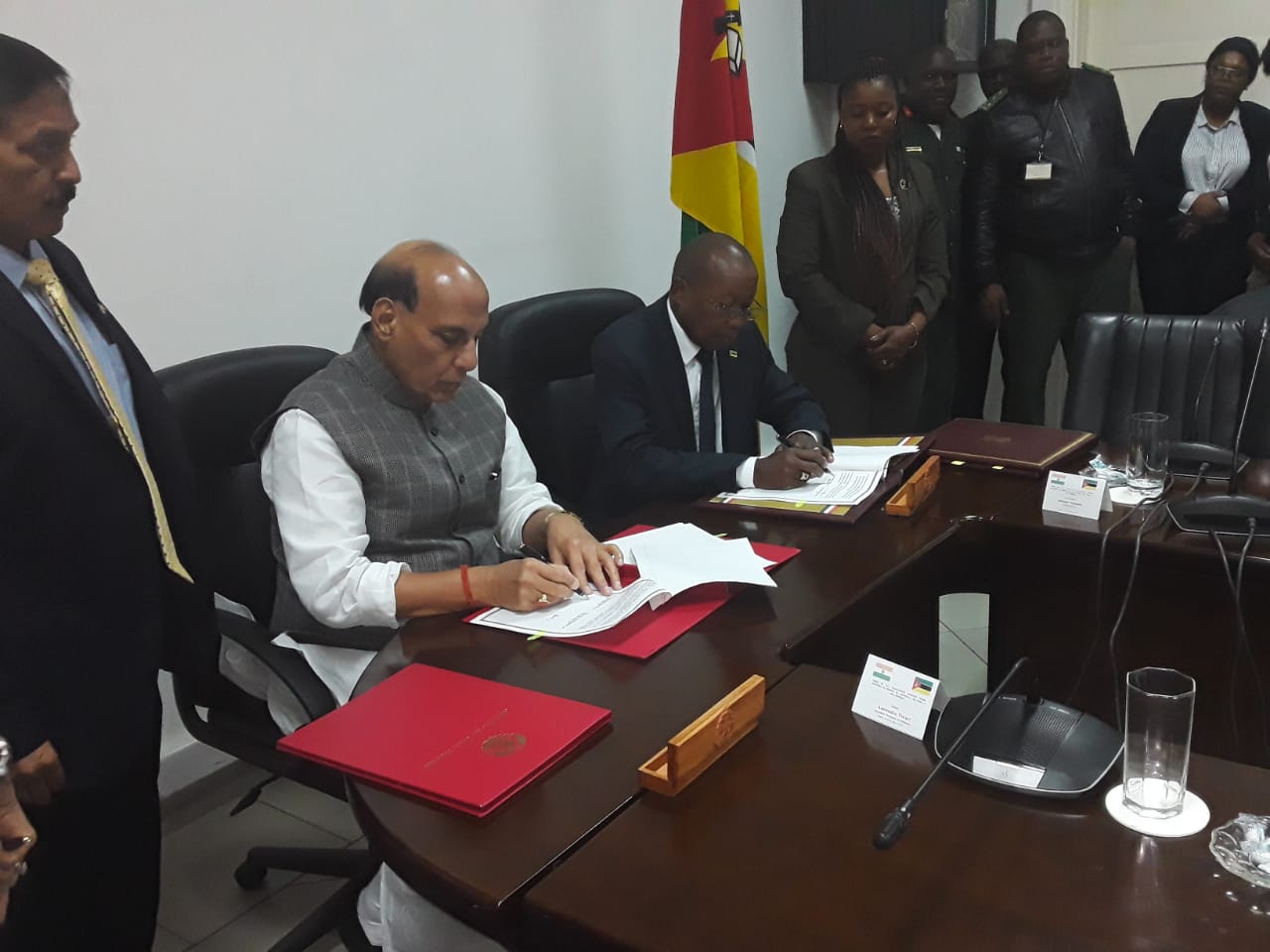 Mozambique sought co-operation from India to deal with the growing menace of terrorism and radicalisation. Shri Rajnath Singh assured co-operation and reiterated commitment to work together in this regard.

An elaborate ceremony was held today at Mozambican Naval Headquarters to hand over two India-made Fast Interceptor Boats (FIBs) to Mozambique. The handing over certificate was signed by the Director General, Coast Guards of India and Chief of Mozambican Navy.  A four-member ICGS team is also assisting with training and support for maintenance and operation of the two boats. Mozambican Defence Minister expressed gratitude for India’s support for Mozambican Defence Forces, in particular, for the boats being used for coastal surveillance.

On his arrival on 28th July, Raksha Mantri Shri Rajnath Singh was accorded Guard of Honour at the Mozambican Army Head Quarters.

In the evening, RM addressed a gathering of Indian Diaspora and interacted with the community.

The Raksha Mantri is accompanied by a high-level delegation including Defence Secretary, DG, Coast Guards and senior officials of Ministries of Defence and External Affairs.