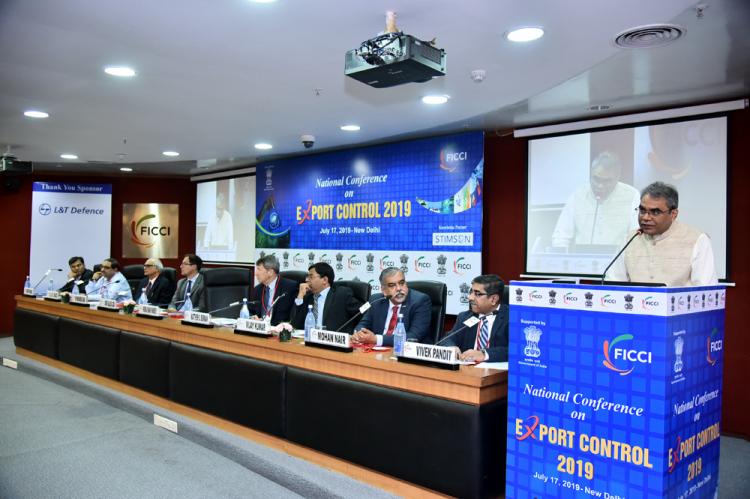 Mr Vijay Kumar, Additional DGFT, Ministry of Commerce and Industry, Government of India today said that the government is taking necessary steps to further reduce the licencing time for exporting sensitive and dual-use products and technologies from India.

Speaking at the 3rd National Conference on Export Controls 2019 organised by FICCI, Mr Kumar said that the government has simplified many policies in the last year and strengthened the e-platform for licencing sensitive and dual-use exports.

“We have been successful in reducing the average time for issuing an authorisation from previous 60 days to 45 days. In some cases, like repeat orders, we have further reduced it to 7 to 10 days. But still we are not satisfied, and we are taking necessary steps to further reduce the time we take to issue licences,” he said.

For this, the government is adopting and adapting international best practices for its licencing protocol, he said. Further, the government is in the process of reviewing its Foreign Trade Policy and have invited suggestions from stakeholders, he added.

Mr Indra Mani Pandey, Additional Secretary (D&ISA), Ministry of External Affairs, Government of India said that as a responsible member of the international community, India has been committed to ensuring non-proliferation of sensitive and dual-use materials, equipment and technologies.

“The government and industry partnership is essential for implementing a strong and robust export control system. There is no doubt that industry is the first and the most critical line of defence against proliferation. I would like to urge the industry to look at the export controls as an enabling obligation,” he added.

Mr Pandey said that the government is keen to encourage exports of sensitive and dual-use goods and technology but wants to ensure that exports by Indian entities do not reach wrong destinations in wrong hands.

Further, flagging the potential dual-use nature of new and emerging technologies, he said, “These technological challenges are evolving at a fast pace and pose a huge and enduring challenge to export control regimes and the national export control systems. We have taken a lead in focusing the global attention on developments in science and technology in the context of disarmament and non-proliferation.”

Mr Matthew S. Borman, Deputy Assistant Secretary of Commerce for Export Administration, Bureau of Industry and Security, US Department of Commerce said India’s membership to the multilateral export control regimes have led to liberalised treatment of controlled exports from US to India.

Further, he said with India becoming one of the closest allies of the US, it has become eligible for general authorisation meant for licence exceptions, which will facilitate trade including in the defence sector.

“We have laid the ground-work for continued robust high-tech trade whether its biotech, chemicals, aerospace, defence or space,” Mr Borman said.

Dr S.R. Rao, former Senior Advisor to DBT, Ministry of Science and Technology, Government of India said that biotechnology has become very challenging in terms of securing biodiversity and export controls should be better understood instead of getting scared about it.