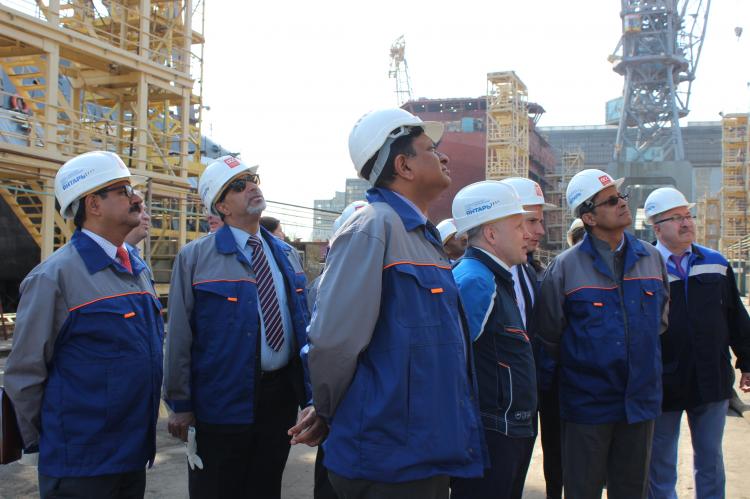 Leading an Indian delegation, Defence Secretary Sanjay Mitra, on Friday, visited the Russian shipyard to overview the manufacturing of the Project 11356 Frigates. The Kaliningrad based shipyard is currently manufacturing the hull and the body of the ship. The Shipyard is also involved in the capability enhancement of the Ministry of Defence owned Goa Shipyard Ltd (GSL) in building the other ships of the project.

According to a statement, Mitra met with Rosoboronexport’s Director General Alexander Mikheev and discussed the ongoing bilateral projects.

"We have signed all the schedules and the production programs and the enterprise will be loaded with work through 2022-2023. More than 60 enterprises are taking part in cooperation to implement this project. The period of 2022-2023 is the time for the delivery of the two ships in compliance with the existing contractual obligations (under construction in Kaliningrad),” Mikheev told TASS.

India has ordered four Project 11356 stealth guided missile frigates from Russia. Out of which two will be constructed in India at GSL for which Russia is providing the technical support.

According to TASS, the advance payment for the frigate construction is expected “within two or three weeks.”

As per the contract, Russia is expected to provide the two ships minus the Brahmos missiles - which will be fitted in India at GSL, and the Ukrainian Zorya-Mashproekt manufactured DS-71 engine, for which India has signed a separate contract with Ukraine.

In 2016, an Intergovernmental Agreement was signed between India and Russia for a 2+2 scheme where two ships were to come from Russia while the other two to be built in India. In March 2017, the technical details were finalized and India nominated Goa Shipyard Limited (GSL) to build these vessels.

India already operates six of these guided-missile-frigates forms the Indian Navy’s Talwar class frigates. These ships pack a formidable punch through its variety of missile capable of taking aerial, surface and sub-surface targets.

Unlike the Talwar class, the four contracted vessels will be armed with Indo-Russian BrahMos anti-ship supersonic cruise missiles instead of Klub-N missiles.

On the sideline of the Indian team’s visit, the RoE chief also met with the Governor of Kaliningrad Anton Alikhanov and Yantar’s CEO Eduard Yefimov to discuss ways to increase export from the region. 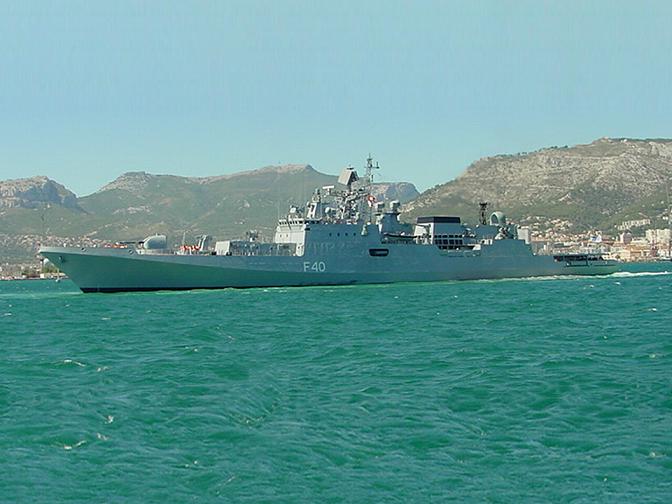 Speaking on the occasion, Mikheev said, “Rosoboronexport sees enormous potential in Yantar for developing and manufacturing hi-tech products suitable for the military and technical export program. Having already produced equipment, slated for export, worth a total of more than $1 bln, the enterprise has taken up implementing one of the largest contracts in the interest of India’s Navy.”

Yantar shipyard has the capability to construct all kinds of naval ships and is also ordered to make two Ivan Gren-class landing ships for Russian Navy. The shipyard is also looking for global order for this kind of ships.

During the meeting, Governor Alikhanov said that the defence enterprises in Kaliningrad are ready for big orders and has the potential for expansion.

During the visit, the Indian side “stressed that Russia takes every effort to meet all its obligations.”

The project, when completed, will enhance India’s shipbuilding capability substantially and in less than five years it will have four cutting edge frigates in its fleet.