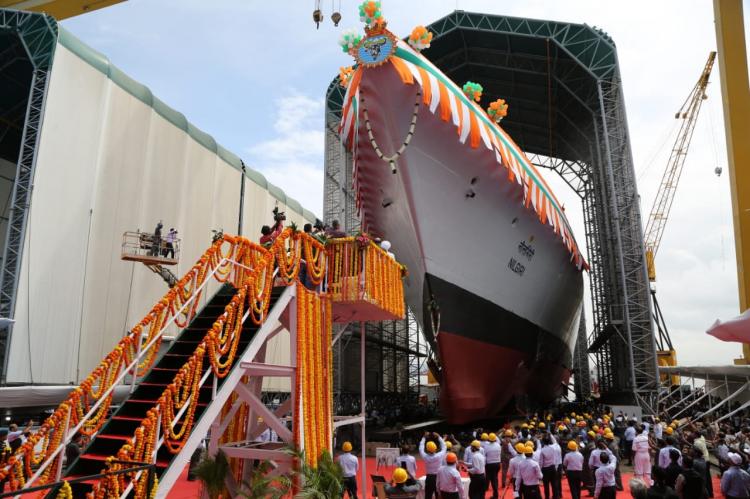 Raksha Mantri Shri Rajnath Singh today said, the Government is making concerted efforts to modernise the Navy and equip it with the best platforms, weapons and sensors to deal with any conventional and unconventional threats to India’s maritime interests. Shri Rajnath Singh was speaking at the launch of INS ‘Nilgiri’, the first of the Navy's seven new stealth frigates, at Mazagon Dock Shipbuilders Limited in Mumbai. He said, 70% of India’s trade by value and 95% by volume is taking place through the sea route and even a slight disruption of seaborne trade due to piracy, terrorism or conflict, could have serious repercussions on the economic growth and well-being of the nation.

Raksha Mantri said, India is growing and its commercial interests are spreading far and beyond, yet there are challenges, including a hostile neighbourhood. “State-sponsored terrorism remains a challenge and the strong-willed Government will not hesitate to take tough decisions in the larger interest of the country. The repealing of the provisions under article 370 of the constitution is one such decision. We are confident that this will usher a new era of development and prosperity in Jammu, Kashmir and Ladakh”, Raksha Mantri added.

Saying that “any credible defence of a country is based on the indigenous defence capability”, Shri Rajnath Singh emphasised on ‘Make in India’ and ‘Design and Make in India’ with regard to defence equipment.

Raksha Mantri highlighted that Directorate of Naval Design has designed over 19 classes of ships to which more than 90 ships have been built since then. He said, today India belongs to an elite group of nations which is building its own Aircraft Carrier and Strategic Submarines. “Out of total 51 ships and submarines on order at various shipyards as on date, 49 are being constructed indigenously. This contributes to our target of building a five trillion dollar economy by 2025 and 70% defence indigenisation by 2027”, he said. 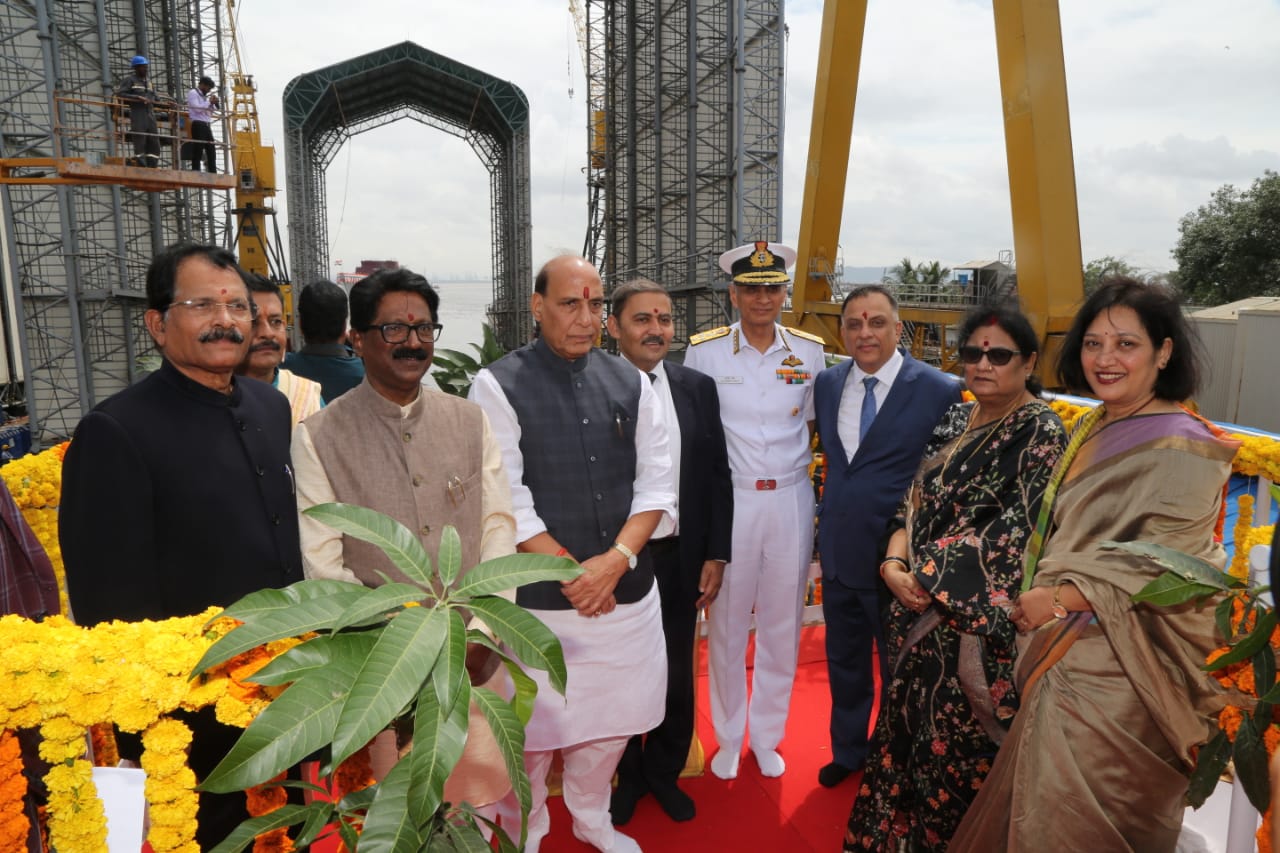 “A vibrant shipbuilding industry can play a major role in the overall economic development of the country”, Raksha Mantri said adding that shipbuilding is a labour intensive industry with tremendous potential for employment generation, not only in its own sector, but also in various upstream and downstream industries. He noted that construction of one frigate itself provides direct employment to 4,800 personnel and indirect employment to around 27,000 personnel for a period of 8 years. Almost 87% of the total warship cost is invested in the Indian economy which significantly contributes to nation building.

Raksha Mantri said, the Indian Ocean region is the epicentre of activity and the entire world sees Indian Navy as a Net Security Provider. He said, with growing stature of India in geo-political and geo-strategic dimension and increasing reliance of neighbors on us, it is the Navy’s responsibility to provide credible security and peaceful and prosperous sea routes.

Shri Rajnath Singh added that, “while the Navy is continuously evolving to meet emerging challenges to India’s maritime interests by means of state-of-the-art platforms and infrastructure, the core strength of our forces remain our men and women”.

Raksha Mantri expressed confidence that Nilgiri and the other six ships of the Project will proudly fly the Indian Flag across the oceans, showcasing India’s shipbuilding prowess and would spread India's message of peace and strength across the globe. He appreciated the work done by the workforce of the shipyard, saying that the ship is not just metal and paint, it is a story of hard work, sweat and perseverance of the men and women involved with the project.

INS Nilgiri is the first ship of Project17A. Project 17A frigates is a design derivative of the Shivalik class stealth frigates with much more advanced stealth features and indigenous weapons and sensors. These frigates are being built using integrated construction methodology. The P17A frigates incorporate new design concepts for improved survivability, sea keeping, stealth and ship manoeuvrability.

Raksha Mantri Shri Rajnath Singh also commissioned the largest dry dock of Indian Navy - The Aircraft Carrier Dock at the Naval Dockyard in Mumbai. He termed it as an “edifice of modern India”.