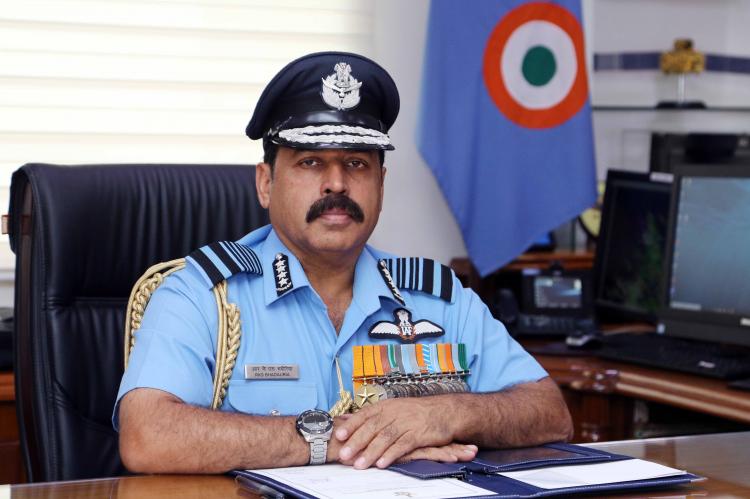 Clearing doubts over the Indian Air Force’s support for under development Advanced Medium Combat Aircraft (AMCA), Air Chief Marshal Rakesh Bhaduria on Thursday said that air force will give its full support to the project.

ACM Bhaduria, took over on September 30, was addressing annual press conference ahead of Air Force Day on October 8.

IAF does not have any plan to import any fifth-generation fighter in foreseeable future, he added.

The AMCA is a joint project of Defence Research and Development Organisation (DRDO) and Hindustan Aeronautics Limited (HAL.  DRDO’s Aeronautical Development Agency (ADA) is the design and development agency and HAL will be the manufacturing partner. The stealth aircraft is expected to be ready for first flight in mid of next decade.

Speaking on the induction plan of the Light Combat Aircraft Mk1 A, he said that the contract negotiation committee is close to finalising the price. “The price would go up from the last bid.”

IAF can go for more Tejas, he added.

IAF is purchasing 83 of these home-built light fighters. He also expresses IAF support for under development twin-engine medium fighter (Tejas Mk2), which is expected to replace Mirage2000, Jaguars and Su-30MKI.

On the additional Russian fighter, he said that IAF will purchase 21 MiG-29 UPD and 12 Su-30MKI.

Speaking on the much-awaited Su-30MKI upgrade plan, the air chief said that the process has been initiated and the programme will include better radar, weapons and obsolescence management for the fleet.

On the DRDO developed beyond visual range Air-to-Air missile Astra, which has completed a series of tests, the air chief said that it will be integrated on Su-30 and other fighters.

On the use of a small drone by Pakistan, he said, “It’s a new threat and it's serious. We have some procurement in the pipeline to will deal with such drones.”

India will get first four Rafale jets in May next year, he said.