Urges them to explore more avenues for indigenisation and exports 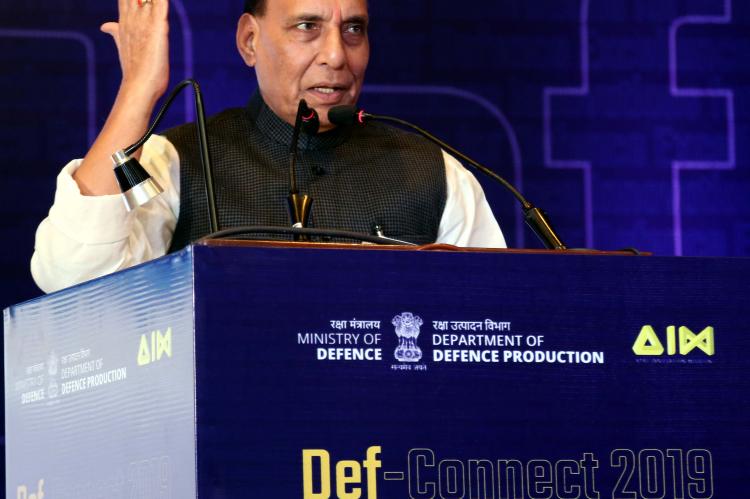 While expressing satisfaction at the overall achievements of OFB and these DPSUs, Shri Rajnath Singh urged them to strive further to increase their competitiveness in the global market. Lauding the indigenisation efforts, he called upon the officials to identify more ‘Make in India’ avenues and help in making India self-reliant in defence production. Raksha Mantri also urged the officials to explore new modes of business models, focussing on increased defence exports. He expressed hope that the DPSUs will play a pivotal role in making India a global manufacturing hub as well as net exporter.

Headquartered in Kolkata, OFB produces state-of-the-art Battle Field Equipment, ammunitions and other military hardware for the Armed Forces and strives to modernise the production facilities besides training the personnel. With focus on indigenisation, the OFB has filed 246 Intellectual Property Rights applications. Forty-two R&D Centres with specific technological domains have been set up with project-based collaborations with IITs/IISc/NITs. Development of futuristic technologies with Indian private industries through iDex platform is one of the focus areas of OFB.

The BDL has grown into a multi-product, multi-customer, multi-located enterprise producing defence equipment meeting international quality standards. The BDL is the lead Integrator of the Akash Weapon System (AWS). It may be noted that Akash has 96 per cent of material sourced from within the country making the project an outstanding example of ‘Make in India’ initiative. It is also the Production Agency for the Medium Range Surface to Air Missile (MRSAM). The BDL signed contract worth Rs 1,188 crore for supply of Varunastra or the Heavy Weight Torpedo to the Indian Navy. Varunastra has been designed and developed by DRDO and manufactured by BDL. Amogha – III, a third Generation Anti-Tank Guided Missile designed and developed by the in-house R&D of BDL with the support of DRDO was launched during Defexpo – 2020.

The BEML gave major thrust to self-reliance and achieved indigenisation levels of over 90 per cent in the mainline mining and construction products, Rail Coaches & EMUs, over 80 per cent in High Mobility Vehicles (HMV) and over 65 per cent in Metro cars. BEML is also working towards ‘ZERO IMPORT’ policy of Government to reach higher levels of indigenisation.