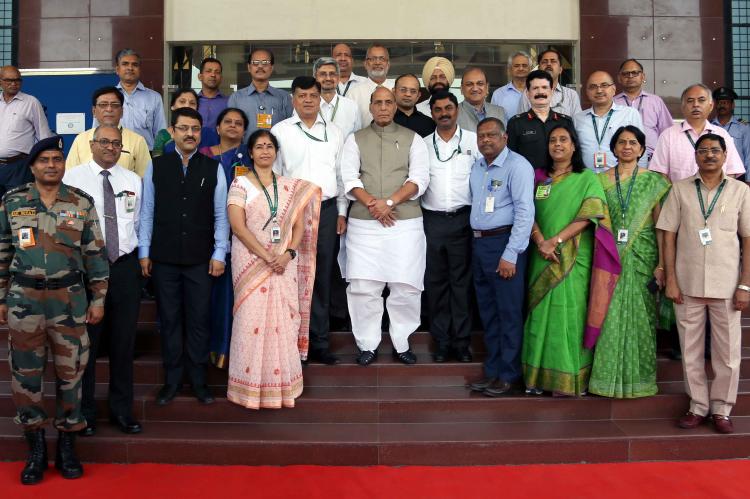 Chairman DRDO, Dr G Satheesh Reddy and other senior scientists gave detailed presentation to the RM. The presentation covered recent achievements, details of major ongoing projects and the roadmap of DRDO. Shri Singh was apprised about the DRDO developed cutting-edge, state-of-the-art technologies and systems accepted by the Armed Forces and those under development.

The RM appreciated the commitment and dedication of DRDO scientists and directed that they should focus their energies on flagship programmes of national importance. He also appreciated the DRDO initiatives to promote academia and industry. The Minister desired that such interaction should be enhanced further to create a greater scientific temper and production base, which would be a driving force for accelerated research and defence manufacturing.

Shri Rajnath Singh also released a publication titled ‘Roadmap of DRDO’, which encapsulated its target for the next ten years. He congratulated DRDO for its singular achievements in strengthening the national defence capabilities and enabling the nation to join a select club of countries having some of the most advanced defence technologies, such as Anti-Satellite Capability, 4.5th Generation Fighter Aircraft, Airborne Early Warning & Control System (AEW&CS), Ballistic Missile Defence Programme, etc.