LAC disengagement - may lead to loss of territory 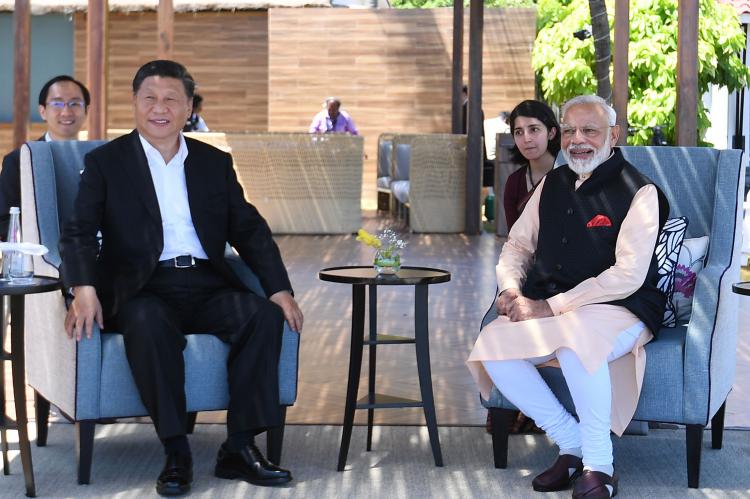 The sudden announcement of the disengagement process at the line of actual control (LAC) on February 11 was received with surprise and trepidation. Surprise for the Indian population in general and expected trepidation in strategic and security circles. The cautious and very restrained information released by the Indian defence minister Rajnath Singh in the parliament indicated a process of phased withdrawal with heavy equipment and guns being pulled back from the Pangong-Tso sector. Not much has been said by China on the disengagement.

The inadequate information available of exact decisions and movements on the frontlines is understandable as the armies go about their tactical steps and firm in at alternate places in the immediate rear of the forward areas. However, the announcement of an isolated pull back by both sides in only one sector is what all experts warned of when the ‘Three-step proposal’ first came to be released in mid-November 2020. It was opined by all defence analysts that the only sector where India held the advantage was in the Pangong sector where the surprise occupation of the Kailash range in late August outwitted the Chinese and exposed the Chinese Moldo Garrison in the Spangur Gap area.

The Chinese, on the other hand, were holding onto Depsang plains up to a place known as Y junction, which gave them access to DBO and threatened Indian deployments and infrastructure in the entire area east of Siachen and Nubra valley sectors. They also had occupied positions in Gogra-Hot springs and Pangong North bank areas which afforded them depth to their Western Highway and Sirijap garrison while simultaneously denying us the options of threatening Chinese garrisons and infrastructure. In terms of priority, the Chinese were most likely to prioritise Depsang as strategically their most important occupation.

The sensitivity to Moldo notwithstanding the Chinese are smug in the situation due to their holding of multiple incursions in disputed areas. It is no secret strategists openly say that China did not resolve borders with India whereas they have resolved their borders with 11 out of their 13 neighbours. This very refusal to solve the common Sino-Indian border along Tibet and Xinjian is the prime indicator of their design to keep annexing territory by what has been called ‘Salami Slicing’.

It is thus very perplexing that the only Indian advantage of the occupation of the Kailash range is now likely to be conceded in exchange for the Chinese to go back east of Finger 8 on the North Bank of the lake. This effectively implies that in Depsang, Gogra-Hot springs and Galwan too, the Chinese continue to occupy areas by which they deny patrolling to Indian troops to hithertofore established patrolling points.

The Chinese proposal over the decades to delink the border dispute from all other agreements such as trade and commerce has put successive Indian governments off guard and have lulled the leadership of the day into a false or misplaced sense of achievement.

All along this important aspect of national security and blinkered strategic vision has been given the short shrift either for political gains or short term populism. As a consequence, the situation has continually deteriorated for the security forces along the northern borders and since the 1990s India has been making concessions to unbelievable border management agreements such as unarmed patrols in the hope of peaceful resolution of disputes.

A similar chapter seems to be playing out in the present disengagement process, where yet again the delinking of the various incursions by the Chinese along the LAC and resolving each sector separately is likely to firstly lead to Indian forces losing the only tactical advantage of occupying the Kailash range and secondly, to being forced to accept new patrolling limits which in effect have shifted west of the pre-April 2020 lines. The border management forces will be put to further disadvantage as a consequence.

It is not prudent to delink the friction points for disengagement as relative advantage sways both ways from area to area based on military occupations. Of the present areas where the standoff persists, the priority for India is first to retain its domination of the Kailash range due to the immense operational advantage of dominating Spangur Gap and the Chushul bowl along with rendering the Chinese garrison of Moldo vulnerable. Restoring Hot Spring-Gogra and Pangong North bank to status quo is secondary.

On the other hand, for China, holding its positions and denying access to Depsang is priority one, as this promotes their overall and long term aim of getting to Karakoram Pass. Concerning Spangur and Moldo being dominated by India, the advantage of Depsang is overriding for China. The present proposal compartmentalizes the LAC and focuses only on the Pangong area where China is at a disadvantage. If the pullback happens here, the only leverage to the Chinese domination of Depsang by India dominating Moldo will be lost.

In the step by step withdrawal, one option is total disengagement in individual sectors sequentially. This puts India at a disadvantage as there is no leverage left once we vacate the Kailash range and there is every possibility of the Chinese reneging on giving up their occupied areas in Depsang. A safer yet phased disengagement of all heavy equipment first from all sectors and only then to carry out thinning out of troops and positions all along the LAC would be more cautious and balanced to both sides.

Only a detailed look over the timelines during the ongoing disengagement will highlight the intent and execution of the phased disengagement process. What is needed is distrust in any Chinese agreement or any announcement and to verify thoroughly on ground. A backup plan with adequate reserves will still have to be maintained to redeploy against future Chinese misadventures like the one in April-May 2020. As far as the armed forces are concerned, the disengagement will only marginally reduce the deployment along the LAC as adequate troops and equipment will have to be held in the forward areas immediately behind the LAC in a holding pattern with quick reaction plans to counter the adversary games of Chinese chequer.