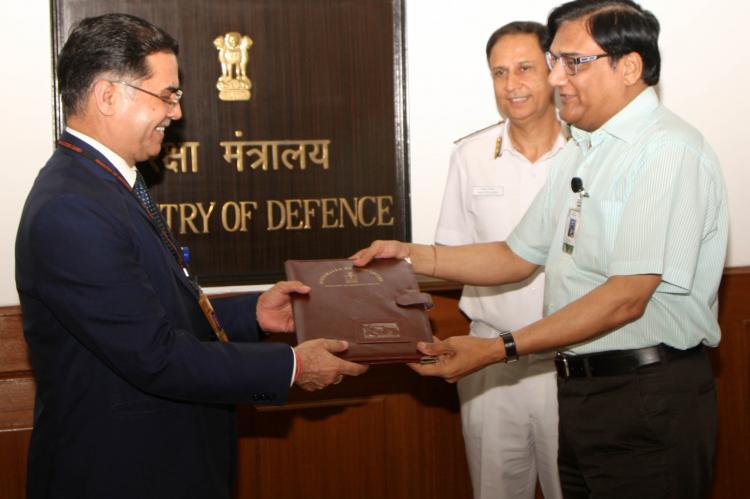 Ministry of Defence (MoD), on Monday, awarded a contract to build eight anti-submarine vessels to public sector shipyard Garden Reach Shipyard and Engineers. The Kolkata based shipyard will deliver the boats within 84 months.

According to an MoD statement, “The 1st ship is to be delivered within 42 months from contract signing date and subsequent balance ships delivery schedule will be two ships per year.”

When operational, these eight Anti-Submarine Warfare Shallow Water Crafts (ASWSWCs) worth Rs 6,311 crore will substantially strengthen the anti-submarine capability of the Indian Navy.

The Request for Proposal (RFP) for the design, construction and supply of the eight ASWSWCs was issued to private and public sector shipyards.

“The present Project will further consolidate GRSE’s position as a unique shipyard with the all-around capability to design and build ASWSWC warships with state-of-the-art technology,” MoD said.

These 750-ton vessels, with a speed of 25 knots and a crew of 57 including seven officers, armed with torpedoes and rockets are expected to undertake search and attack unit (SAU) role and coordinated anti-submarine warfare operations with naval aircraft. In addition, the vessels shall have the capability to interdict and destroy subsurface targets in coastal waters. These can also be deployed for search and rescue by day and night in coastal areas. In their secondary role, these will be capable to prosecute intruding aircraft and lay mines in the sea bed.

These boats will replace the Russian Abhay class corvettes.

The design and construction of these ships at GRSE is another significant milestone in the ‘Make In India’ Initiative of the Government of India.