Next month Contract for AK-203 to be inked 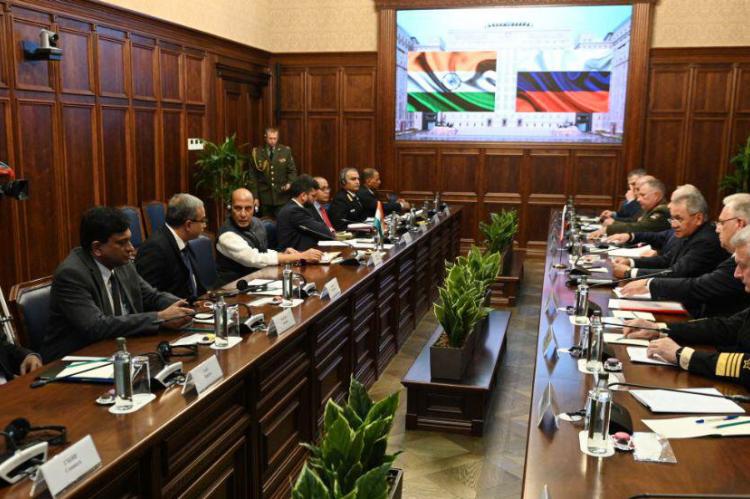 Rajnath Singh, accompanied by delegation including Defence Secretary and other senior officials is visiting Moscow to participate in the 75th Anniversary Event to commemorate Victory Day by the Russian Federation.

On Thursday, he had a one-hour meeting with his Russian counterpart Gen. Sergei Shoigu, at the Russian Ministry of Defence. The meeting was marked by the traditional warmth and friendship, characteristic of the Special & Privileged Partnership between India and the Russian Federation in which Military Technical Cooperation and Military-to-Military cooperation constitutes an important pillar, said a government statement. 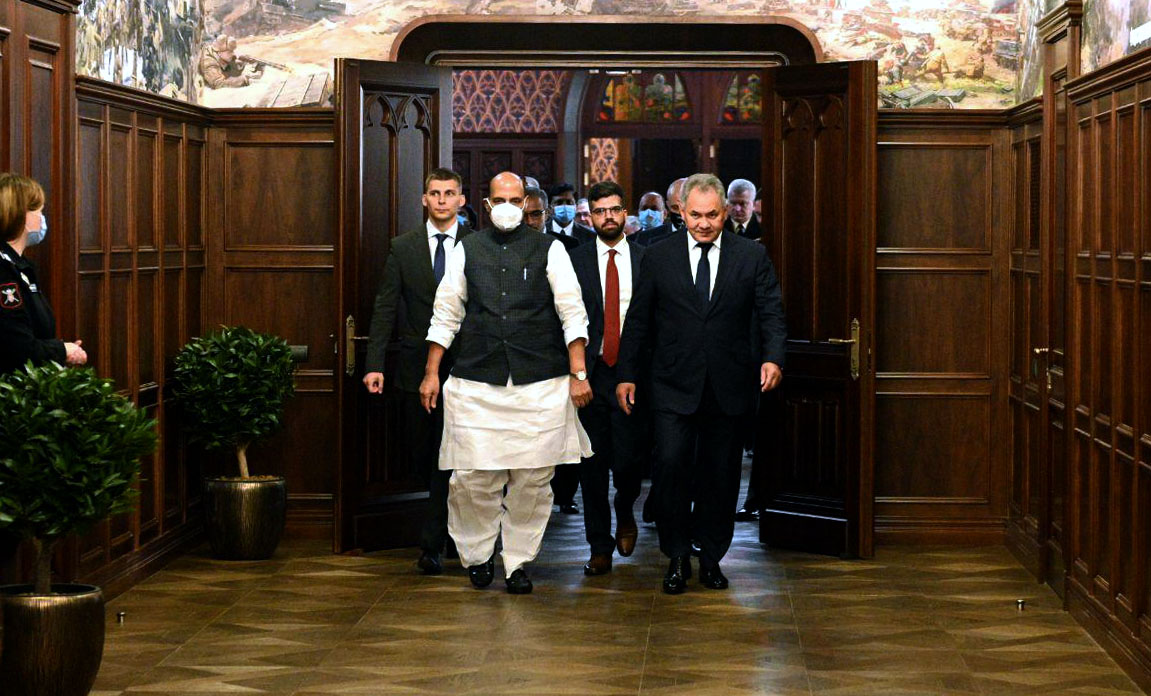 Last year, the two countries signed an inter-governmental agreement for manufacturing of over seven lakhs AK-203 rifles in India through a joint venture Indo-Russia Rifles Private Limited between Indian OFB(50.5) and Kalashnikov Concern and Rosoboronexport holding the rest.

The AK-203 will replace the INSAS rifle as the standard issue for the Indian armed forces.

Mean while, during the meeting between the two minister covered a broad range of areas of cooperation between the two countries. It was noted that this meeting coincides with the Indra Naval Exercises to be conducted by the Indian and Russia navies off the Straits of Malacca over the next two days.

Raksha Mantri noted that these exercises demonstrated the common interests of both countries in maritime security in the Indian Ocean Region. There was substantial commonality in positions with respect to challenges at the regional and international levels in the areas of peace and security, reflective of the deep trust and confidence that both sides enjoy as Strategic Partners.

Raksha Mantri conveyed appreciation for the steadfast support provided by Russia consistent with the defence and security needs of India, and in this context, particularly noted the timely manner in which the Russian had responded to requests for procurement of particular weapon systems. Both sides would continue to maintain contacts to ensure the timely delivery.

Raksha Mantri briefed General Shoigu on the 'Make-in-India' defence programme in the context of Prime Minister Narendra Modi's Aatma Nirbhar Bharat vision. Both sides welcomed the advance stage of discussions for the establishment in India of an India-Russian Joint Venture for the production of AK203 assault rifles which are considered one of the most modern weapons available for infantry forces. This provides very positive basis for further engagement of Russian defence industry in 'Make in India' programme. General Shoigu reiterated commitment of the Russian side to engage actively with our MOD to ensure the success of 'Make in India' programme including substantial participation in the forthcoming Aero India Exhibition to be held in February next year.

Raksha Mantri extended an invitation for General Shoigu to visit India for the next meeting of the Inter-Governmental Commission for Technical & Military Cooperation which is expected to be held towards the end of this year.