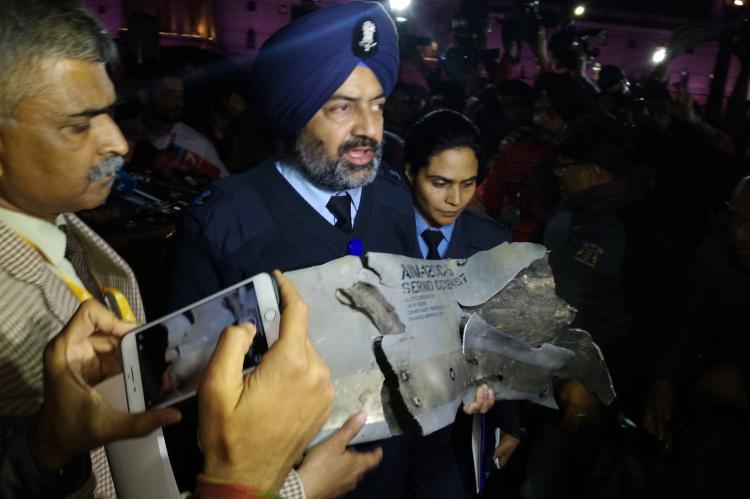 The Indian sub-continent has spent the last few weeks on the brink of war. Apart from all the analysis of what transpired between India and Pakistan in the aftermath of the Balakot air strikes; and who packed more power in each punch, India’s lack of strategic communication has been one glaring expose. It seems the Indian Government and security establishment has not taken any lessons from its previous mistakes and media management continues to be an afterthought.

Pakistan has been on the top of information warfare from the word go. Whether it was the news of the cross-Line of Control (LoC) air strikes conducted by the Indian Air Force (IAF) or Pakistan Air Force’s (PAF) retaliatory strike the next day, Director General of Inter Services Public Relations (ISPR) Pakistan has been the first one to share information – both for bragging or creating confusion behind the enemy lines. While the Indian Government and the IAF were tight-lipped about the dogfights between Indian and Pakistan fighter jets along the LoC, the eyewitnesses’ description of it on the social media, coupled with the DG ISPR’s misinformation has been a good example to make case for the importance of strategic communication in Indian national strategy.

The eyewitnesses saw two aircraft going down and saw three parachutes opening up. Sketchy information started coming in about the Pakistan Air Force fighter jets violating Indian air space and in response, Indian fighter jets scrambling at around 10.30 am on February 27. There was radio silence from the Indian establishment. In the meantime, Pakistan ‘information warriors’ dug up video and photos of the last two years of IAF crashes and the social media was flooded with them. The euphoria among the Indian public gave way to dismay and disappointment as Pakistan started claiming that it shot down two Indian fighter aircraft and has two Indian pilots in its custody. The first Indian statement came nearly five hours later and five hours is a long time in the life of social media.

The crash of IAF’s Mi-17 V5 helicopter was not even confirmed till 7 pm and in the meantime, all sorts of rumours started flying that Mi-17 V5 was hit in the Pakistani offensive or that it was another of Indian fighter jets. After cryptic acceptance of one pilot missing in action in the evening on February 27, was followed by no information flow even the next day. While it is understandable that the behind the doors negotiations would have been taking place to ensure his safe return, what is unfathomable has been the refusal of Prime Minister Narendra Modi to address the nation, even as he was spotted at various election rallies. In the meantime, Pakistan’s Prime Minister Imran Khan not only addressed his nation, but he also upstaged Indian narrative by announcing to release Wing Commander Abhinandan on the floor of the country’s Parliament. The result was that the scheduled tri-service press conference was pushed back by two hours.

The Indian establishment is yet to grasp the fact that in the present day ‘highly-networked’ world the “information flow is instantaneous” and the “local is getting linked to the strategic”. The information void created due to the reluctance of the Indian side to share pre-emptively has given its Pakistan counterparts a field run in fabricating its own narrative and perception. If the Indian Armed Forces do not participate actively in controlling the narrative and gauging the perception created on the social networking sites, it can be counter-productive as social media is a powerful tool that sways not only public opinion but also the sentiments of our own officers and men.

The present conflict and all the future ones will occur in “more and more connected environments” and social media will be employed alongside traditional offensive means for “propaganda, influence and deception activities”. Proponents of Strategic Communication contend that in conflicts of the information age success in the application of force depends less on the outcome of tactical operations on the battlefields, but more on how the war's purpose, course and conduct is viewed by public opinion at home and in the theatre of operations. The concept of strategic communication refers to “the consistency of strategy, activities, themes and messages, and the aim of obtaining legitimacy and support”. The heart of a strategic communication strategy is formed by a strategic narrative, a compelling storyline that can explain events convincingly and from which inferences can be drawn.

Indian leaders – both civil and military - must consider the following basic social media considerations. Presence, if you are not there to communicate your message, someone else will do it for you. Relevance, a presence in social media is necessary but not sufficient. The medium requires content that adds value. Explore the platform and develop a communications strategy. As you develop your social media presence, consider how prominent you want to be and tailor your profile and participation accordingly.

So, apart from creating deterrence for Pakistan through military and diplomatic means, the Indian establishment needs to keep strategic communicators in place, who can put its case convincingly through the 21st-century media. Whether India wants or not, the enemy would not shy away from using media for its own advantage.