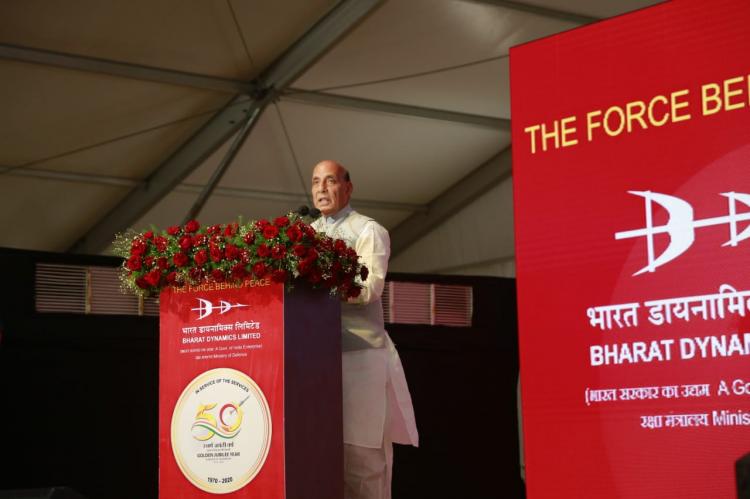 Raksha Mantri Shri Rajnath Singh said modernisation of the Armed forces is the top priority of the government to enhance the defence capability and preparedness of the country. He visited Bharat Dynamics Limited (BDL) in Hyderabad today on the occasion of Golden Jubilee celebrations of the Defence PSU.

Addressing the gathering on the occasion, Shri Rajnath Singh said Indigenization will be encouraged to the maximum possible extent and defence equipment will be imported only when it cannot be manufactured indigenously. He added that the defence sector will play a key role in making the country a 5-trillion economy through FDI and offset investments in manufacturing. He  hoped that defence exports will reach to a significant level by 2025.

Shri Rajnath Singh said BDL is an important defence organisation and with organizations like DRDO, ISRO,   BDL has enhanced the prestige of the country through its achievements.  Shri Rajnath Singh  appreciated BDL for manufacturing more than one lakh missiles in the last 50 years.

Shri Rajnath Singh said in the new world many countries have developed counter to missile technology by developing Air Defence Systems and gave a call for the development of Hypersonic Missiles technology to enhance defence capabilities of the Armed Forces. He reiterated that defence policy of the country is for peace and stability at regional, continental and global level.

He unveiled a statue of former President and Bharat Ratna Dr A P J Abdul Kalam to commemorate his legendary vision. The brainchild of Dr Kalam, Integrated Guided Missile Development (IGMD) Programme that was launched during late 80s, gave BDL plenty of opportunities to develop its skilled manpower and invest in high-end technology areas to manufacture the missiles contemplated under this Programme. The Raksha Mantri also visited the state-of-the-art production facilities at Kanchanbagh Unit of the Company.  He also released a commemorative stamp on BDL on the occasion.

Raksha Mantri felicitated 'Veer Naris' from the State of Telangana and Andhra Pradesh as a part of Corporate Social Responsibility initiative of the BDL. Shri Rajnath Singh interacteded with 22 Veer Naris who were invited to BDL on this occasion.

Raksha Mantri also inaugurated the Rain Water Harvesting facility named as 'Jal Nidhi' at the upcoming Unit of BDL at Ibrahimpatnam as a part of Jal Shakti Abhiyan of the Government of India. This is expected to help in meeting storage of 24 Lakh litre of water and increasing the level of underground water levels.

Earlier, Raksha Mantri was given a warm welcome by Chairman-cum-Managing Director of BDL Commodore Siddharth Mishra (Retd) at its premises at Kanchanbagh.  Secretary, Department of Defence Research & Development and Chairman, DRDO Dr G Satheesh Reddy was present of the occasion. 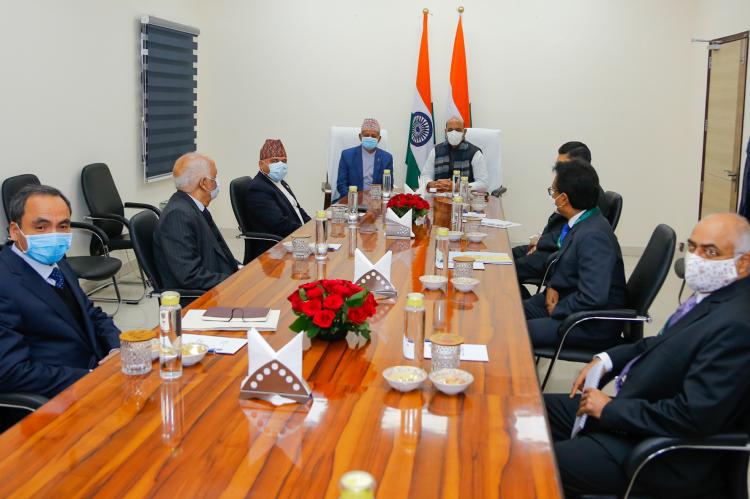 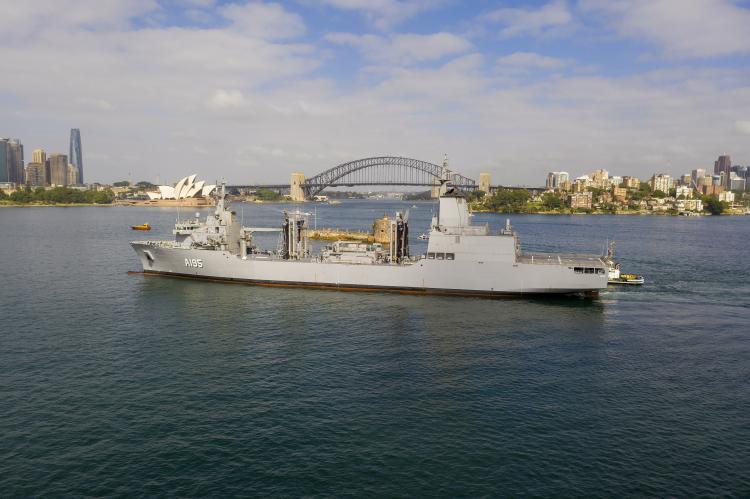 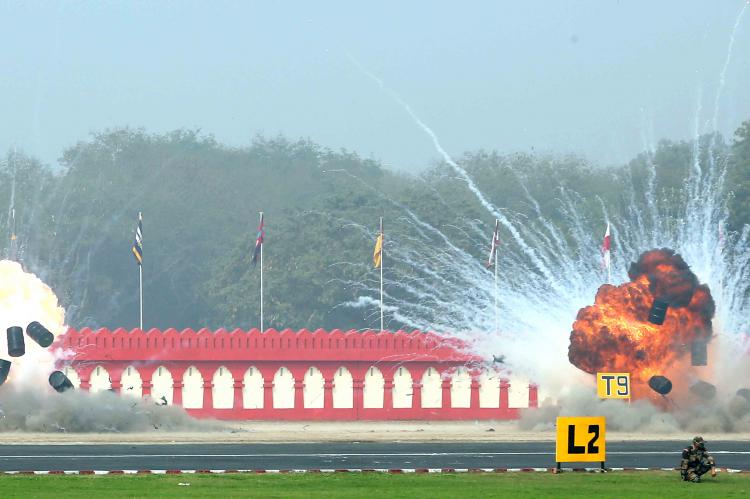