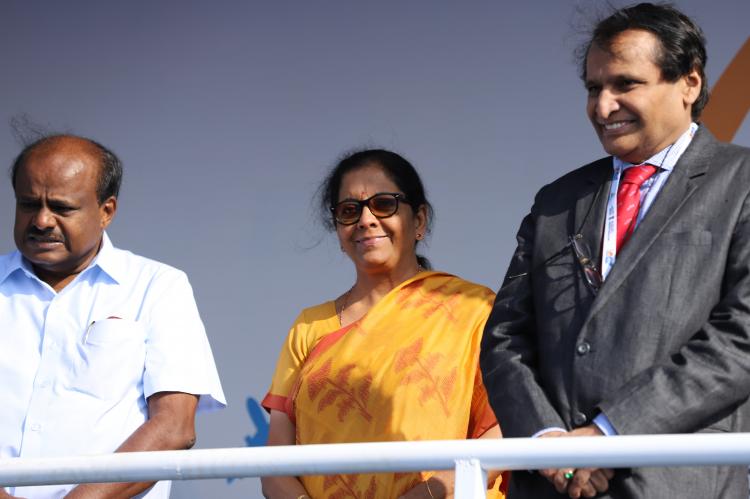 With elections round the corner, the Minister of Defence, Nirmala Sitharaman used the platform of the 12th edition of Aero India, which got underway in Bengaluru, to make a point on how in these past four years, the government had made enormous strides in aerospace and defence sectors. In line with tagline of Aero India, ‘The Runway to a billion opportunities’, she indicated how thousands of crores of contracts in defence had been signed between 2014-15 till 2018.

Inaugurating the 12th edition of Aero India at Yelahanka Air Force Station, Sitharaman said that there had been significant headway in defence manufacturing and the growth had been enormous. From 2014-15 to October 2018, the Ministry had signed 150 defence contracts amounting to Rs. 1,27,500 crores and during the same period had signed 'acceptance of necessity' for 164 proposals, amounting to Rs. 2,79,950 crores under different categories of 'Make in India' initiative. 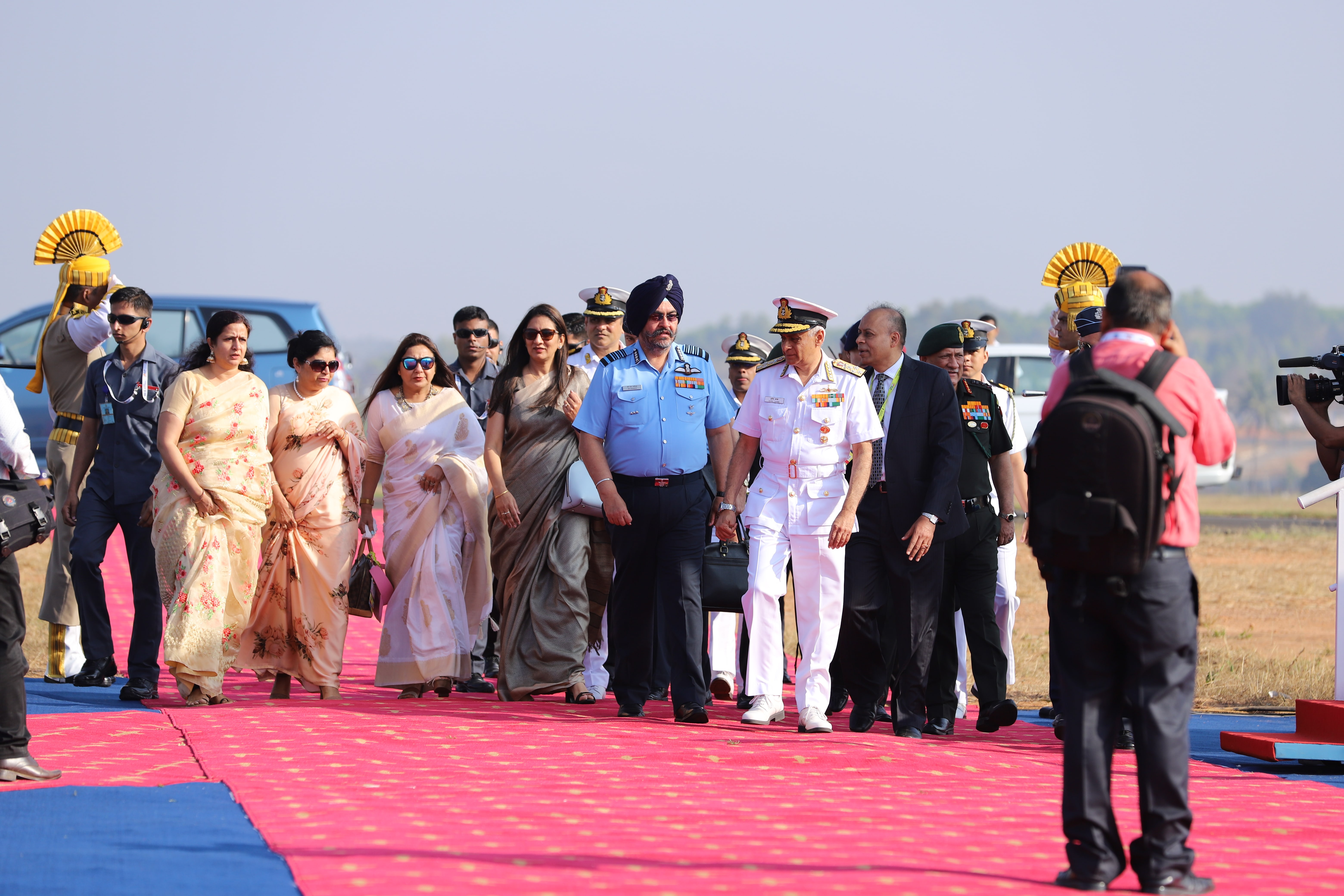 There has been a healthy blend of private and public sector, of late and the government’s emphasis would continue on ‘Make in India’ programmes.  The Defence Public Sector Undertakings, the Ordnance Factory Boards (OFBs) etc were opening up to the private sector in a big way, contracting them with several works.  The Ordnance Factory Boards and Defence Public Sector Undertakings (DPSUs) had increased their business from Rs. 43,976 crores in 2014-15 to Rs. 58,163 crores in 2017-18, with nearly 40 per cent outsourced to the private sector.

The Indian aerospace sector has been making significant strides and indicated that it had produced so far about 4,000 aircraft. There is going to be more acquisitions from within and outside, thus offering enormous opportunities for original equipment manufacturers (OEMs) to team up with Indian companies. The defence industrial sector was getting robust and there were 10,000 micro, small and medium enterprises, producing nearly 80 per cent of components, aggregates etc. Nearly 430 companies had obtained license for production of various equipments. The defence industrial facilitation cell had facilitated 350 industries while the OFB had notified 275 products for commercialisation by the private sector.

As regards foreign direct investment (FDI), she said  that between 2014-18, six companies had made investments in aerospace and defence sector to the tune of Rs. 237 crores, 200 crores received through automatic route. The 'Make in India' programme has been making significant contribution to economic growth. "The contribution to aerospace is very high from this part of the country." Bengaluru, she said, is an aerospace hub with competencies in components, design, development, innovation. The start-ups are also making a huge difference to the aerospace industry. "it is newer thinking, newer possibilities."

The Minister of Civil Aviation, Suresh Prabhu said the aviation sector in India was booming and the passenger growth was hovering around 20 per cent for some years now. The aviation market is exploding with number of airports increasing phenomenally. "We have a major programme to connect 235 new destinations to mainstream and making travel very affordable." He spoke about UDAN (ude desh ka aam nagrik), the regional connectivity scheme which was in the process of connecting remote destinations. From limited connectivity, India now had 103 operational airports.

The vision 2040 is to become the first or the second largest aviation market."We are working on a focused action plan," he said and mentioned the projections of Boeing wherein India may require 2,300 aircraft in the next 20 years. Along with the passenger growth, there has been growth in the air cargo segment, hence there is plan to come up with a policy for air cargo growth.

The Karnataka Chief Minister, H.D.Kumaraswamy said that Karnataka was growing at 9.6 per cent and was among the most progressive states. Karnataka had been ranked first as the most attractive state for investments. "We are working towards making Karnataka a hub for next gen technologies," he said and mentioned that Bengaluru had been ranked as No.1 digital city in the world. Besides aerospace parks, Karnataka had plans for MRO (maintenance, repair and overhaul) hubs in Bengaluru and Mysore and a defence manufacturing cluster in Mangalore. These specific parks would be catalysts for growth. 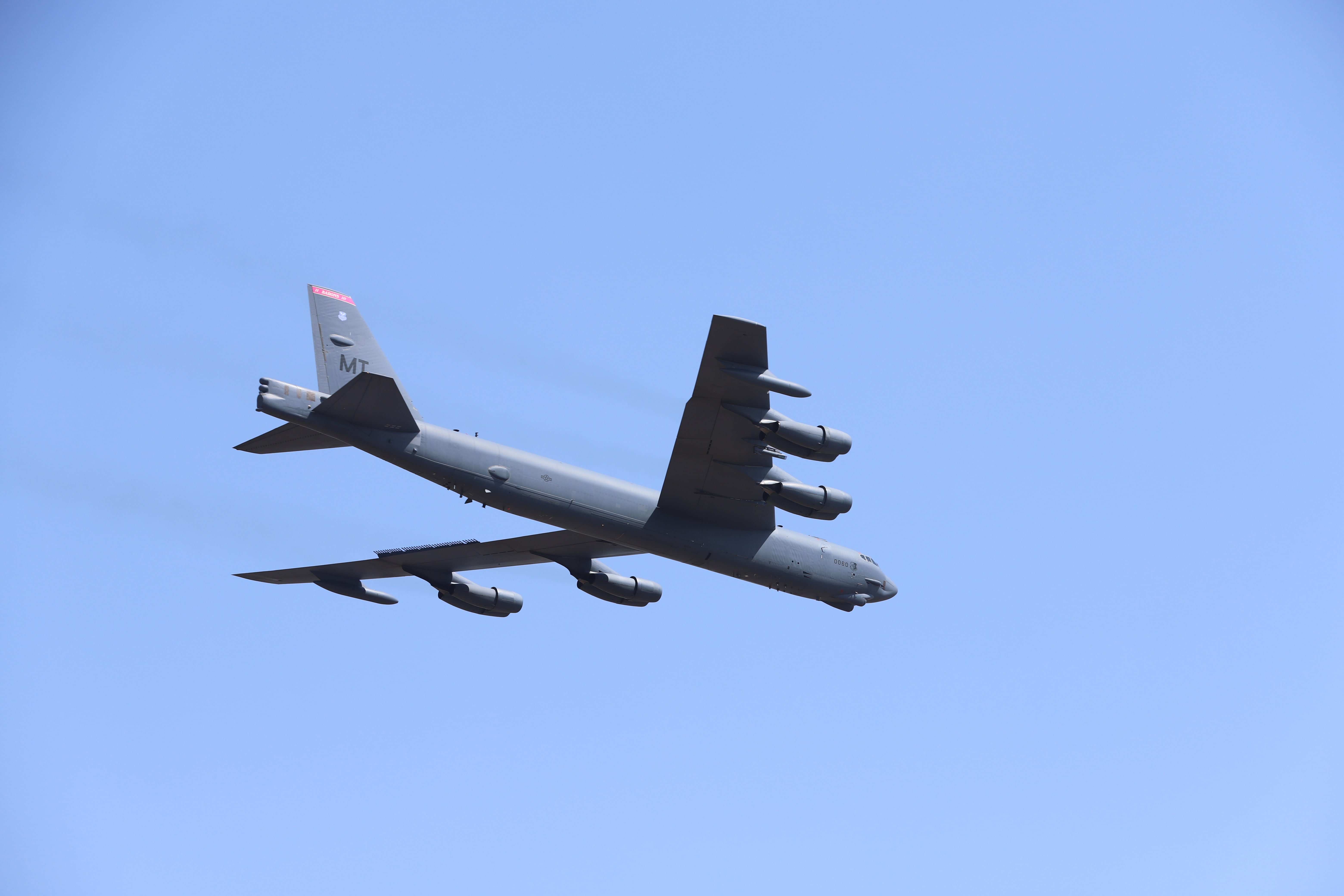 The Minister of State for Defence, Subhash Bhamre said Bengaluru was the aeronautics hub of India. India is looking at self-reliance and the opportunities were expanding in the aerospace and defence sector. The emphasis was on creating defence industrial eco system under the Make in India programme.

The 12th edition of Aero India began with a two-minute silence as a tribute to Wing Cdr Sahil Gandhi who was killed in a crash during practice in a Surya Kiran aircraft on the eve of the show. The aircraft that performed in the skies also paid tribute in their own way to Wg Cdr Gandhi.