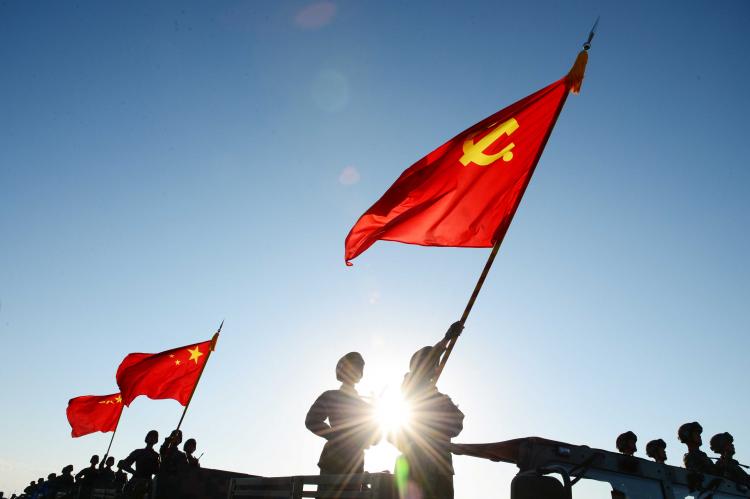 About a year ago, there were press reports of China building “underground bomb-proof shelters” to park fighter aircraft at Lhasa’s Gonggar/ Kongka Dzong airfield. While this small news item did not receive the attention it deserved in the Indian media, it is a signal to India that China is preparing for a conflict. There are also reports that China is building new airfields in Tibet. Since the 1990s China has been rapidly modernising its military with advanced weaponry. China’s military rise and airfield developments in Tibet pose a serious security challenge to India.

Lhasa airfield came up in 1965 and for more than 50 years the Chinese never thought of making blast-pens for their fighter aircraft. Perhaps they realised their short-coming after the Doklam showdown, in 2017, and have now speeded up the development of PLAAF (People’s Liberation Army Air Force) airfields in Tibet. The Doklam crisis seems to have rattled the Chinese as they, probably, did not expect such a firm reaction from India. In Doklam, Chinese and Indian troops were engaged in a tense 72-day stand-off in the tri-junction area of India, Bhutan and Tibet. The Chinese desperately tried to influence Indian leadership to withdraw their troops. But India stood its ground and did not waver despite China’s bellicose attempts at psychological warfare with provocative statements in state media which fell on deaf ears. The situation was finally resolved diplomatically with both sides deciding to disengage troops from the area.

In any conflict against India, China will have to deploy its air force in Tibet to be within the range of targets in India. But, Tibet has very few airfields and till recently these few airfields did not have bomb-proof shelters for safe parking of fighter aircraft. Perhaps this was due to China’s threat perception being more focussed towards Taiwan, Japan, North Korea and now the South China Sea. With an undercurrent of hostility between China and India, the Chinese now seem to have realised that they need to ramp up their military capabilities in Tibet with better airfield infra-structure for future use against India.

Tibet is a high-altitude plateau with the airfields mostly at heights of more than 3000 m. At these high altitudes, aircraft operations suffer from load penalties due to the reduced density of air. This will be a serious limitation for PLAAF considering that their tanker fleet is also limited to just 10 aircraft of H-6 class and three IL-78s. China has built a new heavy-lift transport aircraft, Y-20. This aircraft can be modified for the tanker role. Once that is done and it is produced in sufficient numbers, PLAAFs aerial refuelling capability will greatly improve.

In Tibet the main airfields are Gonggar / Kongka Dzong which caters for Lhasa city and is located south of the city (elevation of 3570 m, main runway length is 4000 m and second runway length is 3600 m), and Hoping which is close to Shigatse city and is about 160 km west of Kongka Dzong (elevation 3809 m, runway length 5000 m). There is one dual-use civil and military airfield in Ngari Prefecture of Tibet, Gargunsa (elevation 4274 m, runway length 4500 m) which serves the city of Shiquane. The airfields opposite the North Eastern part of India are Bangda/Pangta (elevation 4334 m, runway length 5500 m, it is the world’s longest paved runway) which is about 170 km from the Indian border and Linzhi in Nyingchi prefecture. Linzhi is a civil airfield at an elevation of 2949 m, runway length 3000 m, which was opened in 2006, it is just 30 km from the Indian border in Arunachal Pradesh. In addition to these, there are two airfields in Xinjiang- Kashgar and Hotan. Kashgar is a civil airfield and is about 570 km from Leh. From this distance, PLAAF can launch counter airstrikes but for sustained air support to the PLA land campaign, the large distance will be a limitation. Hotan and Gar Gunsa airfields are closer with the distance to Leh being about 330 km to 350 km.

Airfields for fighter aircraft operations have to be located at reasonable distances (approximately 200 km to 300 km), from each other so that they are mutually supporting to cater for any diversions due to weather or other emergencies. The three airfields in the northern sector- Hotan, Kashgar and Korla - are not mutually supporting. The distance between Hotan and its nearest airfield, Kashgar, is 450 km; between Hotan and Korla is 750 km; Hotan to Gargunsa is 550 km.

In western Tibet, there is only one airfield, Gargunsa, which has no supporting airfield. If this one airfield is unavailable, there will be a gap of almost 1500 km between Hoping and Hotan, thus severely denting PLAAF operations in western Tibet.

In the eastern sector, opposite Arunachal Pradesh and Sikkim, China has made major investments in developing infrastructure for airfield construction. A majority of the airfields are within 300 km from the LAC (Line of Actual Control). Hoping/ Shigatse and Kongka Dzong/Gonggar/ Lhasa are two well developed military airbases with Linzhi and Pangta also operational as dual-use airfields. Hoping and Kongka Dzong are mutually supporting each other with the distance between them being just 160 km. From this, we can infer that eastern Tibet seems to be the most strategic sector from China’s viewpoint.

China is going to build three new airfields in Tibet for which work was planned to start in 2019 and to be completed by 2022. These new airfields are at Shannan (also called Lhoka); Xigaze (also called Shigatse); and at Ali in Burang County, Ngari Prefecture. All these airfields are at an elevation of more than 3900 m and although these airfields are being made for civil purposes they can also be used for military purposes. Shannan is opposite upper Subansiri district of Arunachal Pradesh and Burang is near the trijunction of Nepal, Uttarakhand and Tibet and both are just about 60 km from the LAC. Shigatse already has an existing dual-use of a civil and military airfield. It seems the new facility will be developed as a helicopter base.

Burang, at a distance of about 220 km from Gargunsa, from a military point of view, will provide mutual support to Gargunsa. Therefore, IAF will have to target both these airfields to create a gap of 1500 km between Hoping and Hotan. These three new airfields will be available to PLAAF for logistics purposes but their use for offensive air operations will only be possible if PLAAF builds the necessary infrastructure for sustained fighter air operations.

While China has built tunnels for fighter aircraft in Gonggar and is planning to construct new airfields, PLAAF will still have limitations for carrying out a sustained air campaign against India. Firstly, with very few airfields PLAAF can deploy only a limited number of combat aircraft in Tibet. Secondly, as mentioned earlier airfields in Hotan, Kashgar, Korla and Gargunsa are not mutually supporting due to vast distances. Thirdly, the limitations of flying from a high altitude will impose restrictions on carrying full bomb load. Fourthly, PLAAF has to build blast pens at all their airfields opposite India to protect their combat fleet from counter airstrikes.

Other than Gonggar airfield none of the other airfields have blast pens for safe parking of fighter aircraft. Gonggar can park about 36 aircraft in tunnels dug in nearby mountains. PLAAF had such facilities in its airfields on the Russian border and now these are in Tibet. India will have to keep a close watch on these airfields and monitor any developments taking place there.

The airfield build-up underway in Tibet provides a window of opportunity for India to develop its capabilities and procure the requirements for advanced weapons in a finite time frame. The Rafale deal for 36 aircraft from France took 15 years to materialise! Our weapons procurement procedures need to be streamlined so that IAF promptly gets the required number of fighters to cover up its depleting strength.

China’s military build-up at our doorstep, in Tibet, is a serious security challenge for India. This challenge must be accepted.

Author is a PhD Research Scholar at the School of International Studies, Jawaharlal Nehru University, New Delhi and author of book The Chinese Air Threat: Understanding the Reality