PM calls for optimisation of manpower in national security setup 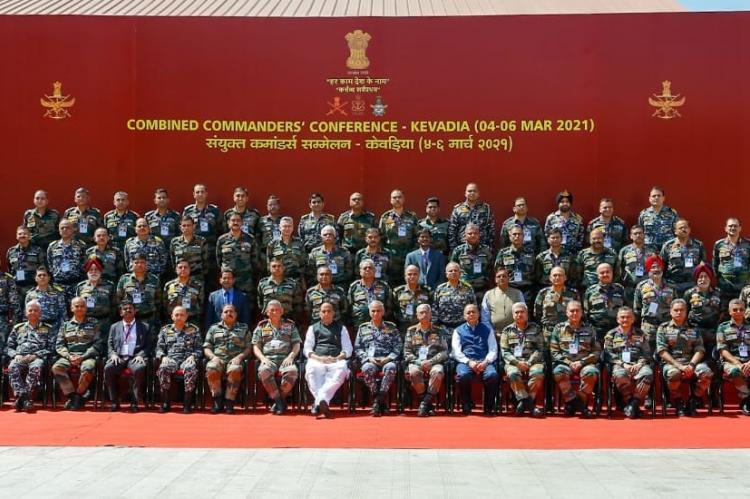 Prime minister Narendra Modi, on Saturday, addressed the valedictory session of the Combined Commanders Conference organised by the Ministry of Defence at Kevadia, Gujarat.

He emphasized the need to optimise manpower planning in both military and civilian parts of the National security architecture. He also called for a holistic approach, focused on breaking down civil-military silos and on expediting the speed of decision making. He advised the Services to rid themselves of legacy systems and practices that have outlived their utility and relevance.

Combined Commanders’ Conference (CCC); a premier brain-storming event of the Military Commanders from the three Services has commenced at Kevadia in Gujarat on March 4, 2021.  The combined apex level military leadership of the country is reviewing the security situation and defence preparedness of the Armed Forces, and deliberating pertinent organisational issues for evolving a joint military vision for the future during the three day conference from 04 to 06 March.

Taking note of the rapidly changing technological landscape, Prime Minister highlighted the need to develop the Indian military into a 'future force'. 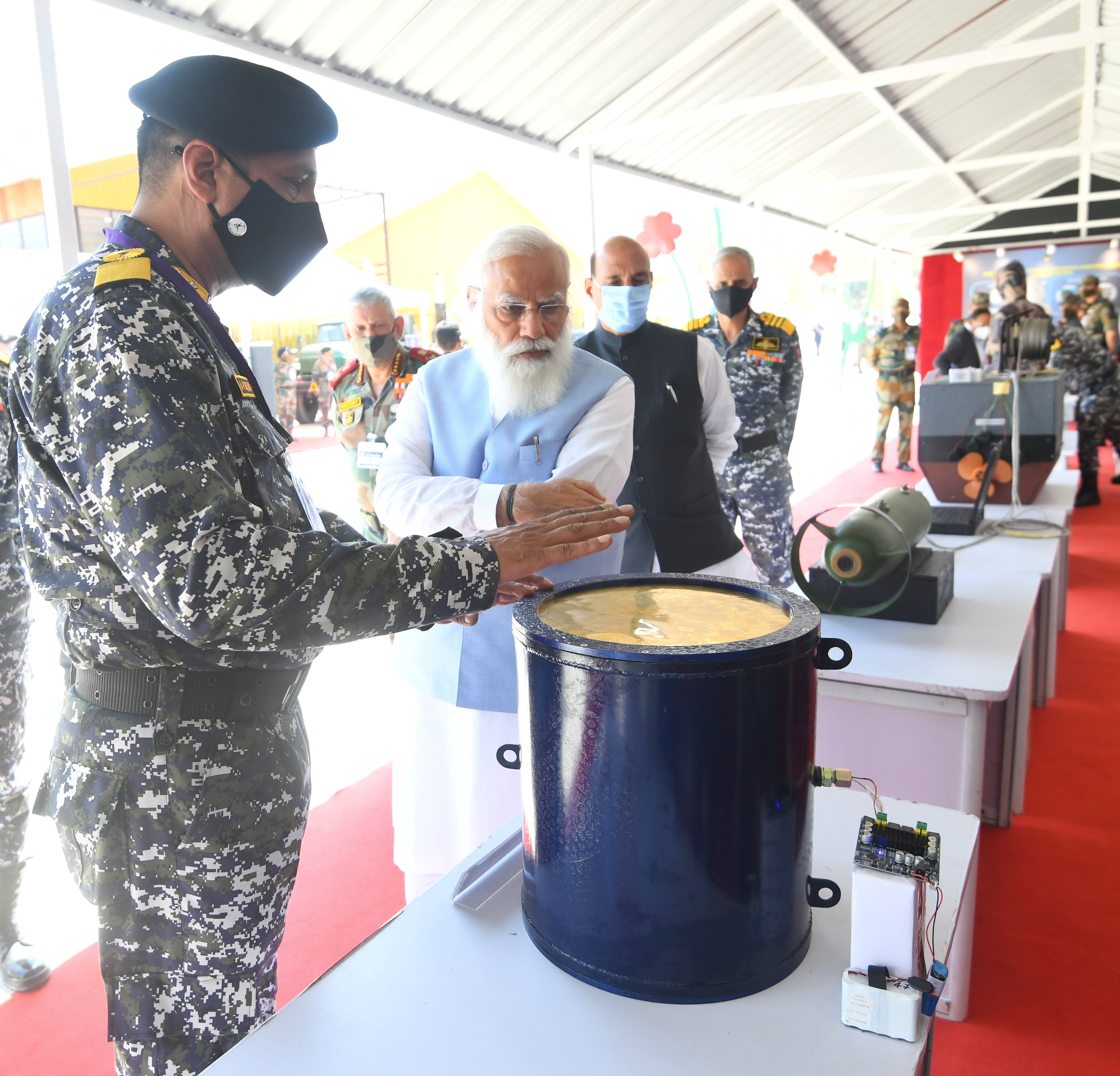 Speaking to the highest civilian and military leadership of the National defence system, Prime Minister conveyed his strong appreciation for the resolute dedication shown by the Indian Armed Forces over the past year, in the context of the COVID pandemic and the challenging situation on the northern border.

Prime Minister stressed the importance of enhancing indigenisation in the national security system, not just in sourcing equipment and weapons but also in the doctrines, procedures and customs practiced in the armed forces.

Prime Minister pointed out that the country would be celebrating 75 years of its independence next year, and called upon the armed forces to use the occasion to undertake activities and initiatives that would inspire the youth of the country.

On Friday, defence minister Rajnath Singh joined the military commanders along with the team of Secretary level officers from the Ministry of Defence for deliberations from Day two of the conference.

Delivering the inaugural address, the Raksha Mantri dwelled on a wide spectrum of issues affecting the defence& security of the Nation. He spoke at length on the emerging nature of military threats, the critical role of the Armed Forces in meeting these threats and the anticipated changes in the nature of warfare in future. Hon’ble RM expressed his heartfelt appreciation and respect to the selfless courage displayed by the soldiers during the Eastern Ladakh standoff with PLA. Secretaries of Department of Defence, Defence Production, Department of R&D and Financial Advisor Defence Services also shared their thoughts on various relevant aspects with the Combined Commanders.

The two Vivechana sessions held over the day in the presence of the Defence Minister deliberated over a wide range of issues, some of them held behind closed doors. These deliberations addressed the ongoing modernisation of Armed Forces especially focusing on creation of integrated Theatre Commands and infusion of modern technology.

In a major change from the past, the scope of the conference this year has been expanded to make it a multi-layered, interactive, informal and informed event with the added participation of about 30 Officers and soldiers of various ranks from the three Services. Key events encapsulate series of discussions & deliberations on a range of issues pertinent to the Armed Forces and its role in nation building, with the participation of senior most political and bureaucratic hierarchy in addition to the multi-layered participation of military personnel.

It is interesting to note that the CCC in 2014 was held at Delhi. Since then it has been moved out to different venues across the country. The conference was held on board INS Vikramaditya in 2015 and in 2017 at the Indian Military Academy at Dehradun. The last edition of CCC was held in 2018 over a period of two days at Air Force Station, Jodhpur. There have been several major developments in the Higher Defence Organisation since including appointment of first ever Chief of Defence Staff and setting up of the Department of Military Affairs (DMA), and several important & multifarious issues affecting modernisation & transformation of the Armed Forces are currently under active consideration/ implementation.