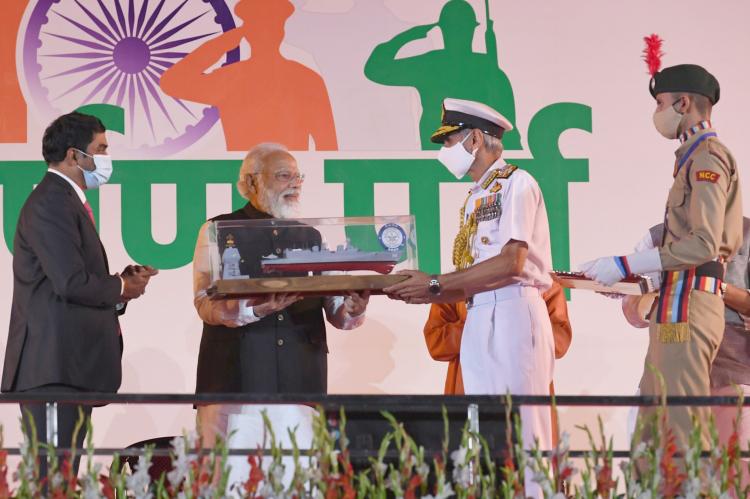 He  also dedicated several new initiatives of the Ministry of Defence to the Nation in a grand ceremony. These projects include Launch of NCC Alumni Association, the Prime Minister was registered as the first member of the association; Launch of National Programme of Simulation Training for NCC Cadets; Kiosk to pay tribute to the fallen heroes at National War Memorial; Mobile app of National War Memorial; DRDO Designed and Developed Advanced Electronic Warfare Suite ‘Shakti’ for Indian Naval Ships;Light Combat Helicopter and drones. He also laid the foundation stone of the Rs 400 crore project of Bharat Dynamics Ltd at Jhansi Node of the UP Defence Industrial Corridor.

LCH is the dedicated combat helicopter designed and developed indigenously for the first time in India. LCH is the only Attack Helicopter in the world which can land and take-off at an altitude of 5000 m (16400 ft) with considerable load of weapons & fuel meeting the specific requirements of Indian Armed Forces.

HAL has proactively initiated advance action towards launching the production activities of 15 LCH LSPs with internal funding. Material procurement for all the 15 helicopters have been completed. Three helicopters are ready for delivery to users and the balance helicopters are in advanced stages of production.

HAL has initiated various planning activities and has drawn a detailed master plan for achieving the peak rate production capacity of 30 helicopters per annum in order to cater to production of balance 145 LCHs.

Being a unique helicopter in this weight category and with this kind of capabilities, LCH is also expected to have a good export potential.

The LCH is a twin-engine, 5.8-ton class helicopter featuring narrow fuselage and tandem configuration for Pilot and Co-pilot/Weapon System Operator (WSO). It incorporates number of stealth features such as reduced radar and infra-red signatures and crashworthy landing gear for better survivability. LCH incorporates advanced technologies and is designed to carry out roles such as Destruction of enemy air defence, Counter insurgency, Search and rescue, antitank, Counter Surface Force Operations etc. 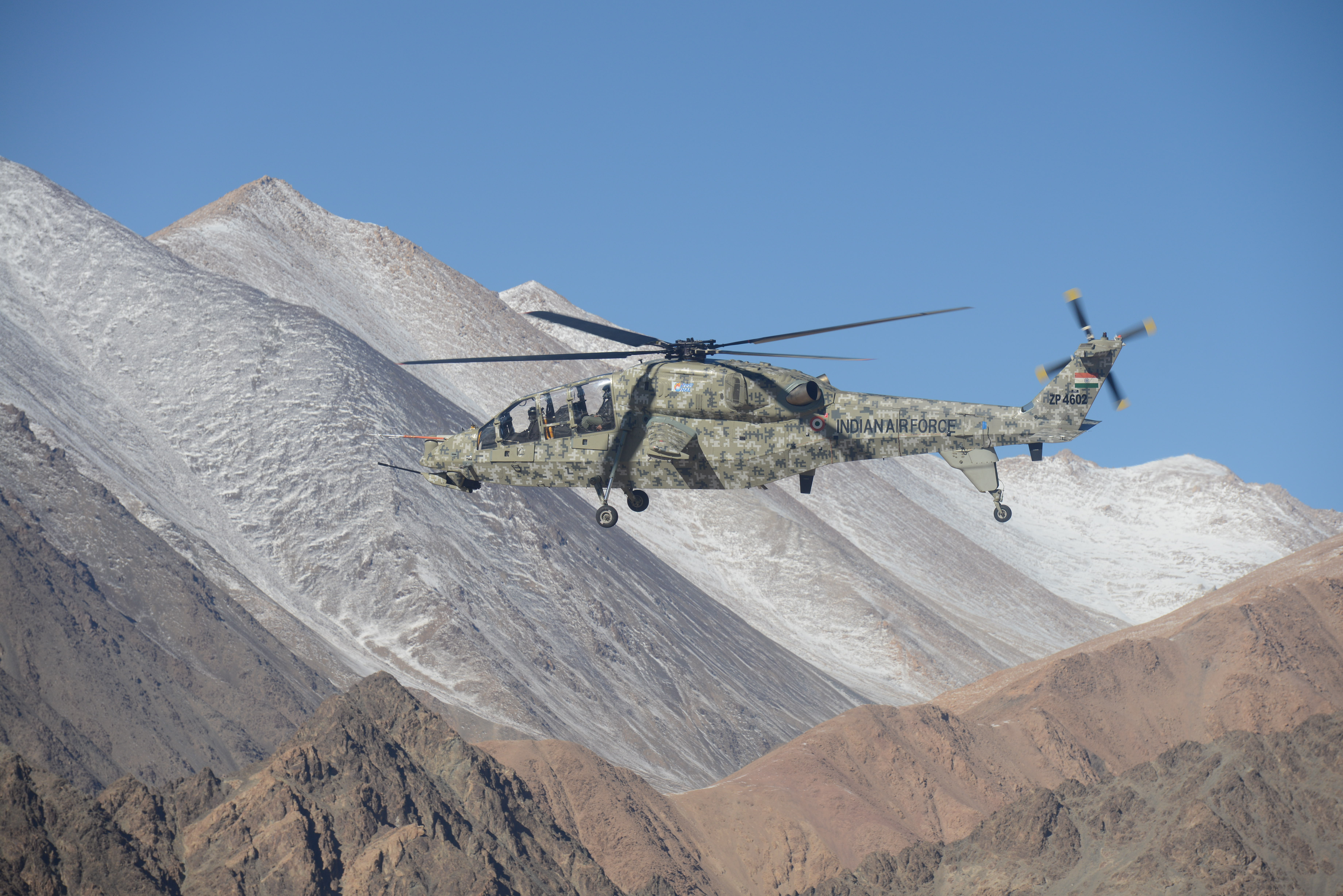 LCH is a truly ‘Make in India’ product built with private industry participation.  Production of LCH is envisaged through participation of public sector and private sector partners. More than 250 vendors are involved in manufacturing of components, assemblies, tools & test equipment and preparation of technical documentations apart from 70 vendors involved in indigenization of various items.

Post 1999 Kargil war, the need to have an effective helicopter weapons platform to deliver precision strikes at high altitude was felt by IAF.  The Design & Development of LCH was sanctioned by the Government during October 2006. Subsequently, Indian Army joined the program during December 2013 leading to a total projected requirement of 160 LCHs.

IAF issued Air Staff Qualitative Requirements during July 2016 for Limited Series Production (LSP) of LCH. Initial Operational Clearance (IOC) for LCH LSP for IAF was accorded by CEMILAC during August 2017 based on the compliance to ASQR. Subsequently, IOC for Indian Army was received from CEMILAC during February 2019.

Advanced Electronic Warfare (EW) System ‘Shakti’ has been designed and developed by Defence Electronics Research Laboratory (DLRL) Hyderabad a laboratory of Defence Research and Development Organisation (DRDO) for Capital Warships of the Indian Navy for the interception, detection, classification, identification and jamming of conventional and modern Radars. The Shakti EW system will provide an electronic layer of defence against modern radars and anti-ship missiles to ensure electronic dominance and survivability in the maritime battlefield. This system will replace the earlier generation EW Systems of the Indian Navy.

The system has been integrated with the wideband Electronic Support Measures (ESM) and Electronic Counter Measure (ECM) for the defence of Indian Navy Ships against missile attacks.  The ESM of the system helps in finding accurate direction and interception of modern radars. The system has a built-in radar fingerprinting and data recording replay feature for post-mission analysis.