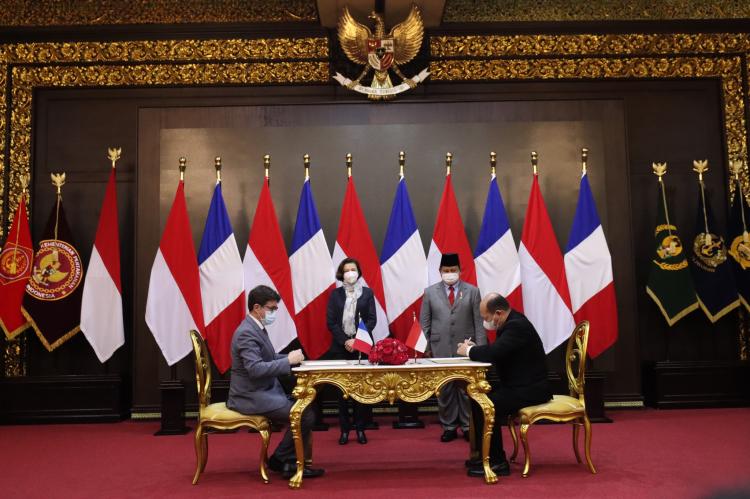 Both partners are seeking to leverage each other's capabilities to meet the growing requirements of the Indonesian Navy.

Indonesia is acquiring two Scorpene submarines which would be built locally through a transfer of technology by Naval Group.

Both companies are leaders in their markets and confirm their willingness to further increase their cooperation to provide solutions to meet the needs of the Indonesian Navy but also by opening a joint R&D center involving other Indonesian companies.

During the signature, Dr. Kaharuddin Djenod, CEO of PT PAL said that “it is an important (day in) history for the two countries. The French government is very serious in supporting Indonesia's capabilities (in)development of defense equipment. And we, PT PAL are proud to be an important part of this historic moment".

Pierre Eric Pommellet, CEO of Naval Group said “we welcome the declarations of the Minister of Defence of Indonesia to engage cooperation in the submarine domain between PT Pal and Naval Group. We have signed a Memorandum of Understanding for that purpose and are looking forward to working together on the submarine program to meet the needs of the Indonesian Navy and to strengthen the Indonesian naval and defence industry.

The Scorpene® is a 2000 tons conventional-propulsion submarine designed and developed by Naval Group for all types of mission, such as surface vessel warfare, anti-submarine warfare, long-range strikes, special operations or intelligence gathering. Extremely stealthy and fast, it has a level of operating automation that allows a limited number of crew, which reduces its operating costs significantly. Its combat edge is highlighted by the fact that it has 6 weapon launching tubes, 18 weapons (torpedoes, missiles, mines).

With 14 submarines chosen around the world, the Scorpene® is an essential reference of conventional attack submarines (SSK) for Navies across the globe. The product is easily adapted to specific requirements of any naval customers. The progressive improvement by Naval Group dedicated and experienced designers ensures the eamless integration of advances and modern technology.