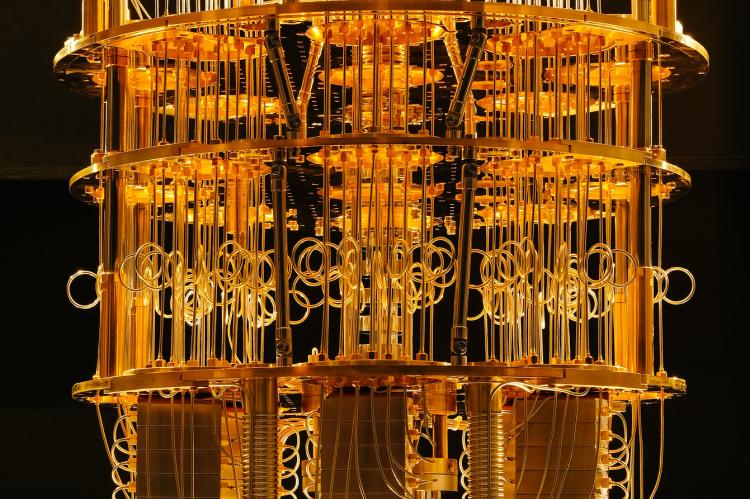 When I wrote in this very forum [i]in September 2019 that,“Quantum Technologies based on quantum computing will be one of the key transformational catalyst. We propose that India should …. Take a mission mode approach like what we took in creating the BARC and ISRO. The new missions should focus on amalgamation of technologies – for the Sixth wave of technologies that include algorithmic intelligence and quantum computing to synthesize biology, energy and reality”, little did I realize, India will exactly propose such a mission through an announcement by our Finance Minister Smt. Nirmala Sitharaman in Union Budget 2020 speech in February 2020.

India has woken up to the challenge with the INR 8000 Crore outlay (USD 1.12 Billion) on Quantum Technologies & Applications, and as noted by the authoritative journal Nature[ii], “India’s considerable investment in the field places it alongside the United States, Europe and Russia”. This is a great initiative by the Indian Government and as explained by the Department of Science and Technology (DST)[iii], “The government in its budget 2020 has announced a National Mission on Quantum Technologies & Applications (NM-QTA) with a total budget outlay of Rs 8000 crore for a period of five years to be implemented by the Department of Science & Technology (DST)”. Further the report says, “The areas of focus for the NM-QTA mission will be fundamental science, translation, technology development, and towards addressing issues addressing national priorities.”

As I mentioned, in my previous article [i], “Just like previous paradigm shift that started the existing wave of innovation gave us a new substrate to play on – the cyberspace, it is possible that we may be paving the way for what can be termed the “Quantum Cyberspace”. With the 4th Industrial revolution already underway ushering in cyber-physical systems we will be driving it by representing, activating and manipulating information at the sub-atomic scale using quantum mechanics. The resulting quantum-computing cyberspace (QCS) will unleash a new wave of transformation that key technology and geopolitical powers would like to control and use it for their political objectives and interests. The unmanned aircraft, the robots and the tanks of 2030 military force may be nano materials with ability to hack the sub-atomic information using offensive quantum warfare systems”.

Military, defence and security implications in the technology-transformed geo-political world order or disorder of this emerging paradigm can not be stressed more. However, without an upfront clear focus and synergy between the technology and national security decision-makers, the mission may reduce to tangential development and exploration with minimum benefit to India, especially the security, defence and military uses of the new transformation.

We propose, an autonomous task force which includes links with all key stake-holders, businesses, DST, Scientific organizations, DST, ISRO, CSIR, IIT’s, IISc’s, etc, the NITI Ayog, the National Security Council along with the newly created Chief of Defence Staff (CDS) and other security agencies should be constituted with a mandate to create following three studies - (a) The military and security futures of quantum computing and applications – scenario planning exercises using general morphological analysis (GMA), design structure matrix (DSM) and the analytic hierarchy process (AHP) to peep and explore multiple alternative futures is an essential exercise of the task force, (b) Impact and synergy of the quantum technologies along with the impact of Artificial Intelligence (AI)/ Machine Learning (ML) on the three components of future military architecture – Human in the loop systems, Human on the loop systems and Human outside the loop systems need to be defined, described and studied for all 15 dimensions[iv] of future military and security that we have identified elsewhere, and finally, (c) Key needs and requirements should be developed as project briefs for start-ups, researchers, labs and businesses to work on today, i.e’, in 2020. These project-briefs should be funded with specific milestones using the points (a) and (b) above.

Indian Finance Minister announced a national mission on quantum technologies and applications by earmarking INR 8000 Crores for next 5 years. It is indeed a credible initiative and must be carried out with enthusiasm and energy to create the future that is promised by the quantum technologies – especially quantum computing.

However, given that Indian National Security is turning out to be a wicked problem[v] for the 2020s, it is imperative that an innovation crafting approach – that combines decision making with design approaches to innovate for national security, is evolved and implemented. This is especially true as the world is repolarizing rapidly and new forms of threats are emerging in multiple dimensions that were not even considered even in recent history. The scenario planning exercise of impact and evolution of quantum technologies and applications on national security architecture of the future is the starting point. An autonomous task force with key specific actions for the next six months should be created for energizing the NM-QTA for National Security.