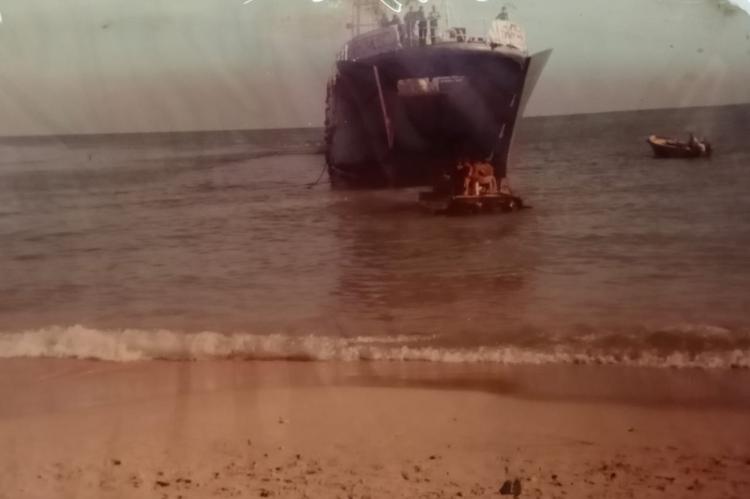 Indian Peace Keeping Force (IPKF) military operations cannot be looked at in isolation from the Indo-Lanka Accord of July 29, 1987, which is inherently flawed from India’s standpoint. Serious practitioners of geopolitics will always wonder as to how India, which vigorously pushed its way to get the accord signed and implemented, failed to safeguard its geopolitical interests.

Sri Lanka was able to secure the acceptance by all parties that its unity, sovereignty, and territorial integrity shall remain inviolate. Within the constraints of its interests, India did negotiate the best possible deal for Sri Lankan Tamils within the framework of the constitution of Sri Lanka.

However, India failed to secure its interests. By committing to the Indian military intervention being incumbent on the request of the Government of Sri Lanka, it ended up dealing the key ace to the latter. Once the IPKF was withdrawn prematurely, India was bereft of any decisive influence to oversee the implementation of the political provisions of the accord by Sri Lanka.

There is also no denying the fact that Sri Lanka and Liberation Tigers of Tamil Eelam (LTTE), the main Tamil rebel group, were never keen on the Accord.

India’s pushing, despite resistance from the two main protagonists, resulted in the edifice of the Accord being erected on weak foundations. Yet, it never crossed the minds of our foreign policy and security establishments to cater for the contingency of one or both the protagonists reneging from the commitments of the Accord.

India’s intervention in 1987 followed an escalation curve from attempting a political solution to forceful attempts at providing humanitarian assistance and culminating in a conventional military intervention. The Accord was under negotiation between the two countries for a protracted duration, as can be discerned from para 2.15 of the accord which states “…the proposals are conditional to an acceptance of the proposals negotiated from 4.5.1986 to 19.12.1986.” An unarmed flotilla of Indian boats carrying humanitarian assistance to the suffering Tamil population of Jaffna was turned back by the Lankan Navy, leading to the launch of the Operation Poomalai mission undertaken by the Indian Air Force for airdropping supplies over the besieged town of Jaffna in northern Sri Lanka on June 4.

The impending launch of offensive operation from four mounting bases viz. Agra, Secunderabad, Vishakhapatnam and Chennai was a major military challenge. The undue haste in signing and executing the Accord overnight changed the entire complexion of operations from an offensive to a peace-keeping role with no time for detailed planning, preparations, coordination, liaison and briefings. The participating units and troops were uncertain about the changing role.

Before induction in Sri Lanka, the participating formations and units were orbatted with strike formation where training is organized for conventional offensive operations as per formation training directive. Counter-Insurgency or peacekeeping operations were not the assigned operational task. Yet, within three months of deployment, the troops were launched to conduct counter-insurgency operations necessitated by the sudden change of national aim. 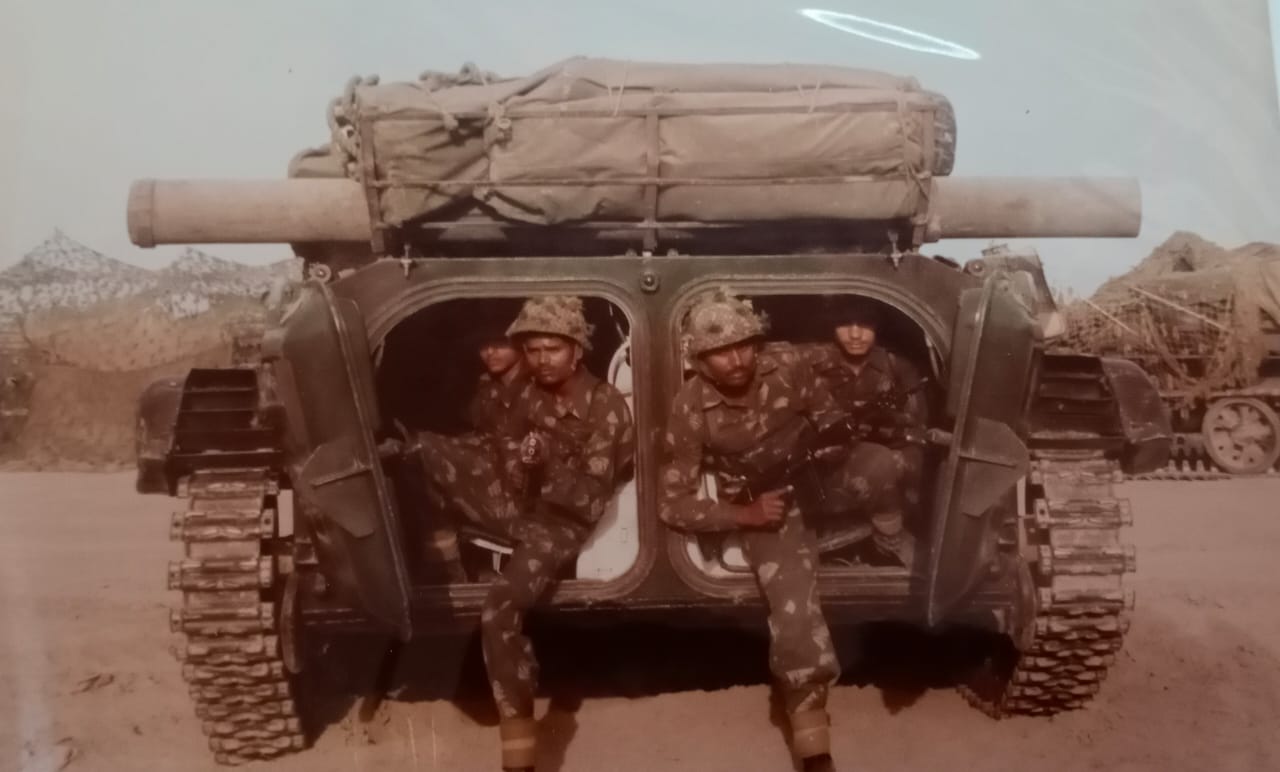 Period of August and September

On the very day of the accord, formations and units of the 54 Infantry Division commenced induction into the Northern and Eastern Provinces. The Division Headquarters along with 91 Infantry Brigade were inducted into the Jaffna peninsula by air transport to Palaly airfield, whereas 47 Infantry Brigade carried out amphibious landings at Kankesanthurai jetty.

76 Infantry Brigade along with the third Mechanised Infantry Company was moved by Landing Ship Tanks (LSTs) and merchant shipping to Trincomalee harbour and deployed along the complete stretch of the Eastern Province from Trincomalee to Batticaloa and further South to Akkaraipattu, Amparai and Pottuvil.

The deployment was designated as a peacekeeping operation, in a foreign country having an established governance organisation, an effective security infrastructure and yet rife with ethnic, linguistic and communal fervour. There were no set opponents, precedents and rules to go by. An uneasy equation prevailed between the IPKF and the Sri Lankan security forces, as the military hierarchy of the two armies interacted on the modus operandi of implementing the peace-keeping operations in IPKF mandated areas of Northern and Eastern Provinces of Sri Lanka.

During this interregnum, the fighting troops were strictly confined to camps except for logistics movement. This unfairly denied terrain familiarisation to the combat troops, critical for the conduct of military operations. Coupled with a total void in military terrain maps of the area it would seriously impede the conduct of the initial stages of subsequent military operations.

The first serious threat which could have led to a potential unravelling of the accord occurred with the outbreak of ethno-religious riots in September 1987 in Trincomalee town. IPKF combat presence in Trincomalee was inadequate to contain the riots. The Deputy General-Officer-Commanding of the 54 Infantry Division and the Battalion Headquarters of 15th Mechanised Infantry Battalion were moved post-haste to Trincomalee to establish an ad-hoc Sector Headquarter and control the ethnic strife.

Using these riots as cover Sri Lanka attempted to push through additional troops from Colombo to Trincomalee. Having been forewarned, a Mechanised Infantry Task Force established a swift roadblock to intercept the SLA reinforcements from entering Eastern Province. The situation was handled with finesse and an awkward threat to the accord was negated.

The outcome of the incident had a positive impact of showcasing the resolve of IPKF to brook no interference in areas under its mandate. This to a great extent deterred the SLA from adopting an adventurous course in Northern and Eastern Provinces.

By the end of September, it was clear that the LTTE and the other Tamil militant groups were playing truant in surrendering their full cache of weapons and military equipment.

Around 17 LTTE cadres, including Pulendran (Lt Col) and Kumarappa (Lt Col), commanders of Batticaloa and Trincomalee regions respectively, were apprehended by the Sri Lankan Navy (SLN) on the intervening night of 2nd / 3rd October in the Palk Strait off Jaffna coastline while clandestinely transporting a large consignment of weapons and ammunition by boats. They were brought to Palaly airfield, the main base of SLA in Jaffna Peninsula, pending transfer to Colombo for further action.

The LTTE insisted that all its cadres were protected from arrest under the provision of a general amnesty granted under para 2.11 of the Accord and approached the 54 Infantry Division to get their cadres released. The SLA was equally adamant that carrying of weapons was a breach of the provision of the surrender of all weapons and ammunition by the militant groups under para 2.9 of the Accord, and that the militants were arrested as common criminals outside the jurisdiction of IPKF. The 54 Infantry Division referred the matter to higher Indian authorities, who in turn directed them to prevent the transfer of prisoners to Colombo till a final decision was arrived at.

The firm intervention of the Indian army ensured periodic access by Indian Army doctors to the LTTE prisoners to monitor their health. SLA was also persuaded by the Indian Army to permit an LTTE delegation led by their military commander Mahathya to meet with the prisoners.

However, the situation tensed further on October 4, in the afternoon, when a Sri Lanka Air Force (SRAF) plane landed at the Palaly airfield to ferry the prisoners to Colombo the next day.

The LTTE set the deadline of the afternoon of October 5 for the release of their cadres. Realising that their transfer was now imminent, the 17 prisoners consumed cyanide in the early evening the same day. Five prisoners were saved through resuscitation attempts by the Indian Army. The other 12, including Pulendran and Kumarappa, died.

The Accord promised greater autonomy and merger of Tamil majority North and East Provinces, within a broad democratic framework under the Sri Lanka constitution. Yet it fell far short of LTTE’s political aspirations of an independent Tamil homeland in Sri Lanka. Sharing of political space in a democratic system of governance was anathema to its political ideology. It looked at itself as the sole legitimate representative of the Sri Lanka Tamils and brooked no rivals. This dogma propelled them to launch violent fratricidal wars to the finish, against other Tamil rebel organisations and is a validation of this reflection.

This incident was merely used as an excuse to pull out from the Accord by LTTE leader V Prabhakaran, as is evident from his reluctance to surrender its weapons and ammunition well beyond the three days deadline, and also in continuing to further buildup its combat potential.

The LTTE repudiated the Accord and also showed its defiance by launching surprise attacks on isolated IPKF picquets. That the IPKF was ill-prepared for this eventuality is highlighted by the hasty induction of additional formations to seize control of the Jaffna peninsula from the grip of LTTE.

*Author is an Indian Army veteran who served throughout the entire duration of Operation PAWAN from 1987 to 1990. Views expressed here are personal.

Editor’s Note – This is the first article of the series on Ops Pawan by its veterans.