Pakistan would benefit the most from peaceful Afghanistan – Afghan Envoy

As the Taliban is regaining ground at an astonishing pace in Afghanistan, IDI caught up with the Ambassador of Afghanistan to India Farid Mamundzay to know the ground realities and his government's efforts and strategy to defend the nation from falling into the Taliban's hand. 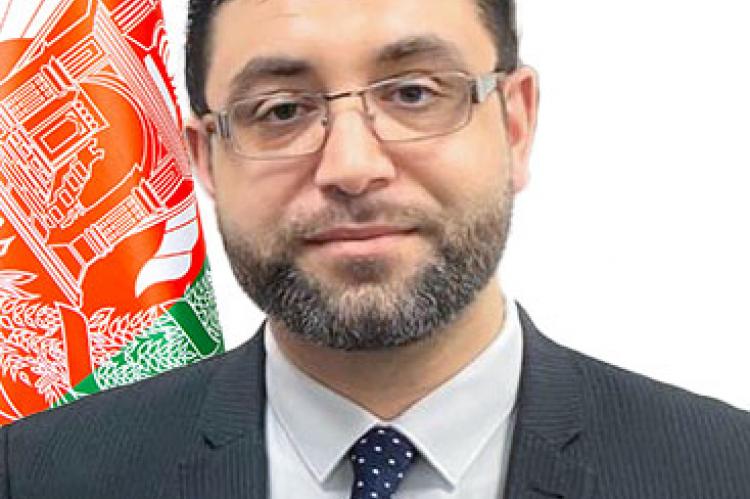 IDI – What is the exact ground situation in Afghanistan?

Farid Mamundzay – It is a very difficult and dire situation because of the failure of the Taliban to honour the obligation under the Doha peace agreement. We have acted in good faith since the announcement of the departure of foreign troops from Afghanistan yet the Taliban launched a massive terror campaign across the country.

We are currently in an active fight in 150 districts out of 400 districts. In the past ten weeks, we have lost close to 4000 people, 30 per cent are civilians. Nearly 3,00,000 civilians have been displaced because of this recent surge in violence.  This is happening at the time when people need to be reached by the government because of pandemic and on top of that we have drought affecting livelihoods of people. Taliban would not have chosen a more difficult time to launch this brutal and aggressive campaign.

IDI – This time Taliban is using diplomacy to gain legitimacy as a political force. How do you see this approach?

Farid- What we see is a deceptive tactic. They have learned how to speak to the outside world. But in reality, the mindset and ideology remain the same. They still believe in acquiring power through force or violence. So, not much has changed. The recent record of atrocity speaks for itself. Where they have taken control of areas, there are reports from the local villagers where they have re-imposed strict rules on local populations.

We fear that given such an approach against the democratic gain of the past 20 years would be in jeopardy should the Taliban comes in a very forceful way back into Kabul.

IDI – Can the Taliban get into Kabul?

Farid – There is an active conflict in one-third of the country and the Taliban has gained in many districts. But getting into Kabul or provincial capitals would be difficult due to several factors. One, there is minimal support for Taliban rule. Two, forces will deny them access to major population centres. Third, international pressure.

Taliban committed in Doha on three principles. Those commitments were that the Taliban would cease violence. They would cut ties with international terror groups and third, they would enter into a meaningful dialogue in good faith. Certainly, the Taliban did not adhere to those principles.

IDI – How did the Taliban survive when they were out and defeated?

Farid – Their survival, to date, was mainly because of support they received from terrorist networks and their sympathisers who helped them by providing the required support to sustain them. Most of the Taliban leader's families were based in Pakistan either in Quetta, Meramshah, Waziristan or in Peshawar. And funds were raised in several countries. Taliban also maintained their flow of resources through narco-economy, extortion, kidnapping and other illegal activities. The other terrorist organisation also contributed to their survival. All these terrorist organisations have a symbiotic relationship with the Taliban. One relies on the other for its survival. They share a common ideology and their survival would not have been possible without their sympathisers in the form of a terrorist network.

We see elements of Pakistan in the form of madrassas, other terrorist organisations who provide the required support to the Taliban. Now in terms of the Pakistani state, we have shared our concern with them time and time again to pay the required attention to assist the Afghan government to dismantle terror infrastructure in Pakistan. Sadly, the required steps were not taken. We see Pakistan today in the FATF list. It is not something that the Afghan government claim but the international community knows that no blind eyes should be turned towards the Taliban or other terrorist groups. Certainly, we see no action taken by the Pakistani establishment.

IDI – How do you see Pakistan role in Afghanistan future?

Farid – Our leaders have made many visits to Pakistan to request their support. To put the required pressure on the Taliban using all the existing leverage that Pakistan has over the Taliban.  The world, the region and the Afghan people wants a Afghan state which is unified, democratic and peaceful. And this also plays in favour of Pakistan.

Pakistan helped the United States to reach a peace deal with the Taliban. We expected Pakistan to do the same for the Afghan people. Sadly, we have not seen any tangible results from their efforts.  We want Pakistan to put good use of their leverage to bring the Taliban to negotiating table. That has not happened and we hope that would change in days and weeks ahead.

IDI – Analysts believe that the strengthening of the Taliban will lead to the re-emergence of ISIS and Al-Qaida. Do you agree with this assessment?

Farid – I agree with that assessment. Should the violence continue in Afghanistan, this would be a breeding ground for terrorists. Today, the Taliban has 21 terrorist groups under their protection. As I have said, they have symbiotic relations. Taliban would provide them with the breeding ground. They may be able to use Afghanistan as a launching pad for future terrorist attacks.

If you look at the trajectory of terrorist-related activities (across the globe) over the past 20 years, a lot of them were executed by terrorist networks with strong links to the Taliban or some sort of training or association with people who operated in Afghanistan. In the future, these may get repeated should the current level of violence continue and the Taliban get more ground and more power.

IDI – Why Afghanistan fails to hold against militias and keeps falling back into chaos?

Farid – Well if we look at the large context of geopolitical realities, it was not only an afghan fighting an afghan. We were dragged into geostrategic and geopolitical rivalries and competitions. In the case of Soviet withdrawal, Afghans were left exposed, a very disorganised militia and political parties with no support from outside with no governance structure. They were left alone and ended up fighting one another and destroyed the country.

In the case of US withdrawal today, we have a broad-based government, not made from one political party but representation from many parties. Our fear is the same fear that we would not want that history to be repeated.

The reason why we emphasize more on the peace process is for the very reason. We have a golden opportunity to leave our differences and negotiate a dignified and lasting peace with the Taliban. This opportunity should not be missed. We may not have the luxury of time but common sense must prevail. Taliban should respond positively to the will of the Afghan people. They should come forward and become receptive to the idea of co-existence and living in peace and harmony with people of different religions, ethnic groups, respecting the role of women, human rights of children.

We will descend again into chaos and conflict if we are left on our own. We would want international support, regional support and our request to all countries, in the region and beyond, to support Afghanistan in good faith. Give peace a chance and let an afghan live a normal life that they would desire for their citizen.

Farid – We are entering into a new era of partnership with the US. Our partnership of the past 20 years has come to an end which was direct US military assistance to Afghanistan. The new phase of our partnership would also remain a stronger and closer partnership. The US supports our security and defence forces. We receive over four billion dollars a year from them and it is likely to continue for foreseeable future.

US military hardware assistance would be required for several years. There is a good understanding among our leaders on the way to move forward in this partnership. During our President's visit to the United States, three weeks ago, commitments were reiterated by the US leadership.

It is also in the US interest to support Afghanistan. We are not fighting a civil war. We are fighting global and regional terrorism. The terror network is not only for Afghanistan but they are there for the region and the world. They would harm the region's interest and the world's interest. Therefore, it is in everyone's interest to support Afghanistan and the US is doing the same. We hope that this new partnership would be given the required attention and resources to mature.

IDI – How do you see the major regional players – India, Russia and China – role in the current situation?

Farid – All these countries have legitimate security concerns and they have high stakes in the peace process. The role of these three countries would be very essential in our peace process. They can help us in lasting and dignified peace. They can do so by putting more pressure on the Taliban for two purposes, one is to enter meaningful peace dialogue to reach a political settlement with the Afghan government and two, take out foreign fighters. We can reconcile with the Taliban today or tomorrow but we do not know what to do with foreign fighters.

In terms of China, we expect them to play a more active and constructive role, first, by putting more pressure on Pakistan to use their leverage to bring the Taliban to the negotiating table. Second, to give Afghan republic the political, diplomatic and moral support and also to send a strong message to the Taliban to cut its ties with regional and international terrorist groups and seize violence.

IDI – How do you see India's role in particular and how safe are India supported infrastructure projects?

Farid – India has generously assisted Afghan people and the Afghan government for almost twenty years. India has provided support in education and infrastructure. These initiatives and projects were executed at the request of local communities who are the immediate beneficiaries. No infrastructure project that India has financed has been damaged during the recent conflict. So, people are considerate and mindful of these projects – Salma dam, Dilaram highway, Parliament, etc. – are being protected by the government and local communities.

We would require India's assistance for the foreseeable future again to support Afghanistan in its development programmes. Through these development projects, India can give a strong message to the Taliban that they would continue to support the development of Afghanistan should the Taliban agree to a peace settlement. It can be used as leverage to convince the Taliban to give up violence. We would like India to support us as our economic resources are not enough to fulfill the requirements of our people. The goodwill of the People of India is very much appreciated.

IDI – The possibility of re-emergence of TTP in the Pakistan-Afghan border is very high. What is your take on TTP?

Farid – There is likelihood that Tehrik-e-Taliban Pakistan would get protection and support if Taliban comes to power. They may target Pakistan. After Afghanistan, Pakistan is the second most affected country in the region from the menace of terrorism. They have lost almost 80,000 of their civilian. They have conducted major terrorism-related operations. This is exactly what we want to point out to Pakistan that it's time we join hands together. Our request to Pakistan is to put needed pressure on all terrorist groups. There is no good or bad Taliban.  How do you define it? There exists no such distinction. Under the presence of the Emirate in Kabul, TTP would grow to target Pakistan's interest.