Innovation is key to self-reliance in defence sector 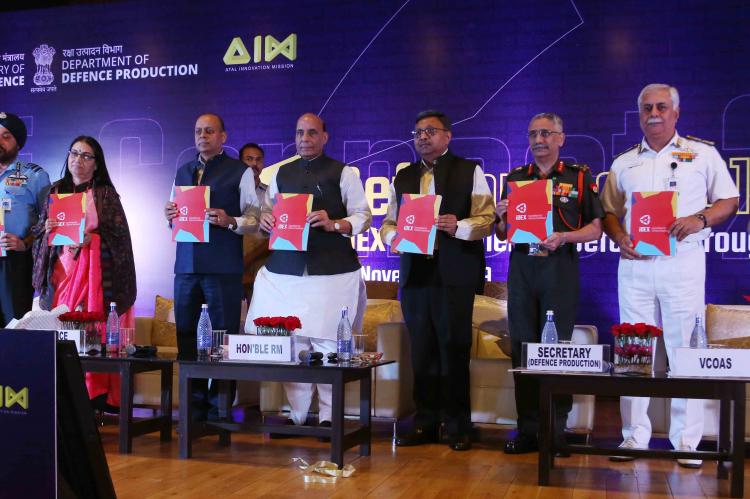 Raksha Mantri Shri Rajnath Singh has emphasised on the importance of ‘Ideation, Innovation and Incubation’ in cutting edge-technologies to achieve the goal of indigenisation and self-reliance in the defence sector. He was addressing the inaugural session of ‘Def Connect 2019’ organised by Ministry of Defence to showcase the accomplishments of the Innovations for Defence Excellence (iDEX) initiative in New Delhi today.

“India is leading in the fields of technology and peacekeeping throughout the world. As a major power, it is equally important for us to strengthen our defence manufacturing and research & development,” said Raksha Mantri.

Shri Rajnath Singh expressed confidence that India will emerge as a net innovator and net exporter of defence technologies rather than a net importer. “Our Prime Minister Shri Narendra Modi has set a target of USD 5 trillion economy by 2024. Looking at the talent India possesses, I am pretty confident that we can become USD 10 trillion economy in the next 10-15 years,” he said.

Raksha Mantri stressed that the confluence of knowledge and power are important for the progress of a country adding that iDEX is emerging as a suitable platform for linking knowledge & power and tapping the energy of the youth. He hoped that this confluence will strengthen the Government’s efforts to create a strong India which will further help in safeguarding the interests of the people as well as respond effectively to any misadventures.

“The human mind is the most powerful and creative laboratory which tests millions of ideas on a daily basis. And when ideas are given the wings of freedom and the flight of imagination, new and innovative solutions are created,” Raksha Mantri said.

Shri Rajnath Singh described ‘Incubation’ as the most critical challenge. “The idea may be great and the innovative mind can also find a solution. However, unless the process of careful and passionate incubation provides the ideal environment for nurturing and hand holding a creation, projects might fail,” he said.

Raksha Mantri highlighted that ‘Make in India’, ‘Startup India’ and ‘Atal Innovation Mission’ are some of the initiatives taken by the Government to provide the requisite environment to innovative minds in the country. He said, the aim of iDEX is to recognise talent and harness it amongst the youth, MSMEs, Startups and fast emerging private sector.

Terming research, development and manufacturing as collaborative process, Shri Rajnath Singh called for building a cohesion between public and private sector. He assured Government’s full support in the indigenisation of the defence industry and nation building.

Raksha Mantri also listed out the recent decisions taken by the Ministry including opening of Government testing labs and facilities for private sector; DRDO sharing its technologies with the private companies; and contribution of Bharat Electronics Limited (BEL) and Hindustan Aeronautics Limited (HAL) in progress of iDEX to encourage defence research and development.

Shri Rajnath Singh launched the new iDEX logo, its portal (www.idex.gov.in) and dashboard for real time monitoring of the programme. A Compendium of iDEX Guidelines was also released.

The Defence India Startup Challenge (DISC) - III was launched under which three challenges from the Army, Navy and Air Force were thrown open to prospective startups. An iDEX Open Challenge was also launched to provide an opportunity to innovators to come up with their technologies that may be adopted to the country’s defence requirements. Raksha Mantri gave cheques of around Rs 1.5 crore each to two startups, i.e., North Street Cooling Towers Private Limited and Chipspirit Technologies Private Limited for building on their innovative ideas.

Speaking on the occasion, Defence Secretary Dr Ajay Kumar said there never had been dearth of innovators in the country. However, iDEX has provided them with an opportunity to give the country cutting-edge technologies for the future.

Secretary (Defence Production) Shri Subhash Chandra said, the aim is to fund 250 startups and achieve 50 tangible innovations in the next five years. The Ministry of Defence (MoD) is in the process of seeking approvals of Rs 500 crore for the purpose.

Joint Secretary (Deptt of Industrial Production) Shri Sanjay Jaju enumerated the achievements of Phase I & II of the Startup Challenge and explained about the new initiatives. He said the Ministry is in the process of including few more incubation modules such as IIT Madras. 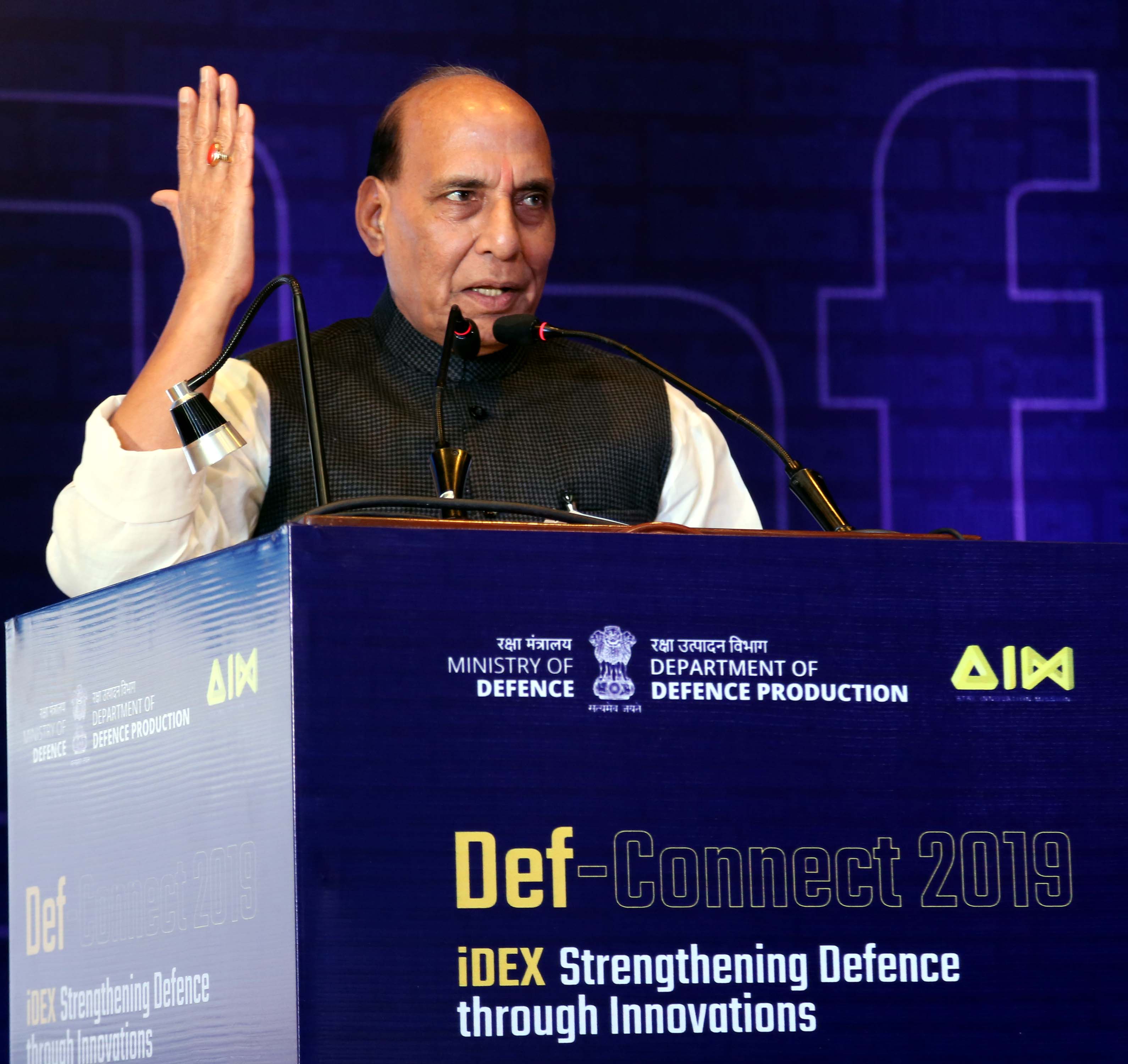 The event brought together all stakeholders of the iDEX ecosystem i.e., MoD, iDEX selected startups, partner incubators, Defence Innovation Organisation (DIO), nodal agencies (Indian Army, Navy, Air Force), DRDO, DPSUs, Indian Ordnance Factories (IOFs), MSMEs and Industry associations to showcase the growth of the defence ecosystem in the country and recognise the infinite potential of the MSMEs/startups for future growth of the defence sector in the country. More than 350 startups participated in the event.

Secretary (Defence Finance) Smt Gargi Kaul and other senior civil and military officials were also present on the occasion.