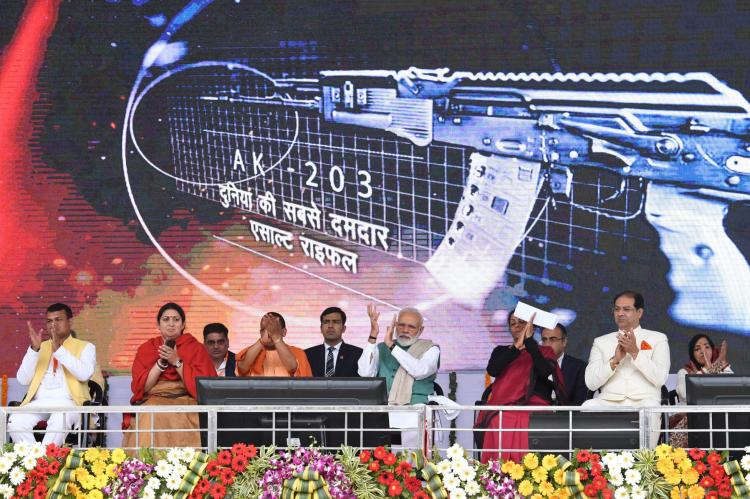 After much deliberations and delay, India, on Monday, signed the contract for the indigenous production of the AK-203 assault rifle with Russia. The agreement was signed on the sidelines of the India-Russia Summit. Russian President Vladimir Putin is visiting India for the annual India-Russia Summit talks.

During the 2018 summit, the two strategic partners agreed to establish a joint venture firm between Indian public sector OFB and Russian entities for local manufacturing of the AK-203, a modern version of the legendary AK-47 assault rifles.

In March 2019, Prime Minister Narendra Modi inaugurated the manufacturing unit of the Indo-Russian Rifles Pvt Ltd, an Indo-Russian joint venture, at Korba, Amethi, to manufacture AK-203 assault rifle. The Russian side owns 49.5 per cent of shares, with the Kalashnikov Concern holding 42 per cent and Rosoboronexport 7.5 per cent, the rest are owned by India.

The joint venture, as part of the UP defence corridor, is expected to give a boost to the corridor and self–reliance in defence.

“This is indeed a very significant event for both countries and the bilateral military-technical cooperation,” said Alexander Mikheev, Director General, Rosoboronexport, while speaking to media after the signing of the contract.

“An international technology cooperative chain has been set up. With up to 100% localization, the joint venture will manufacture more than 600,000 Kalashnikov assault rifles and meet the needs of the country's security agencies in a least-cost manner,” Mikheev added. 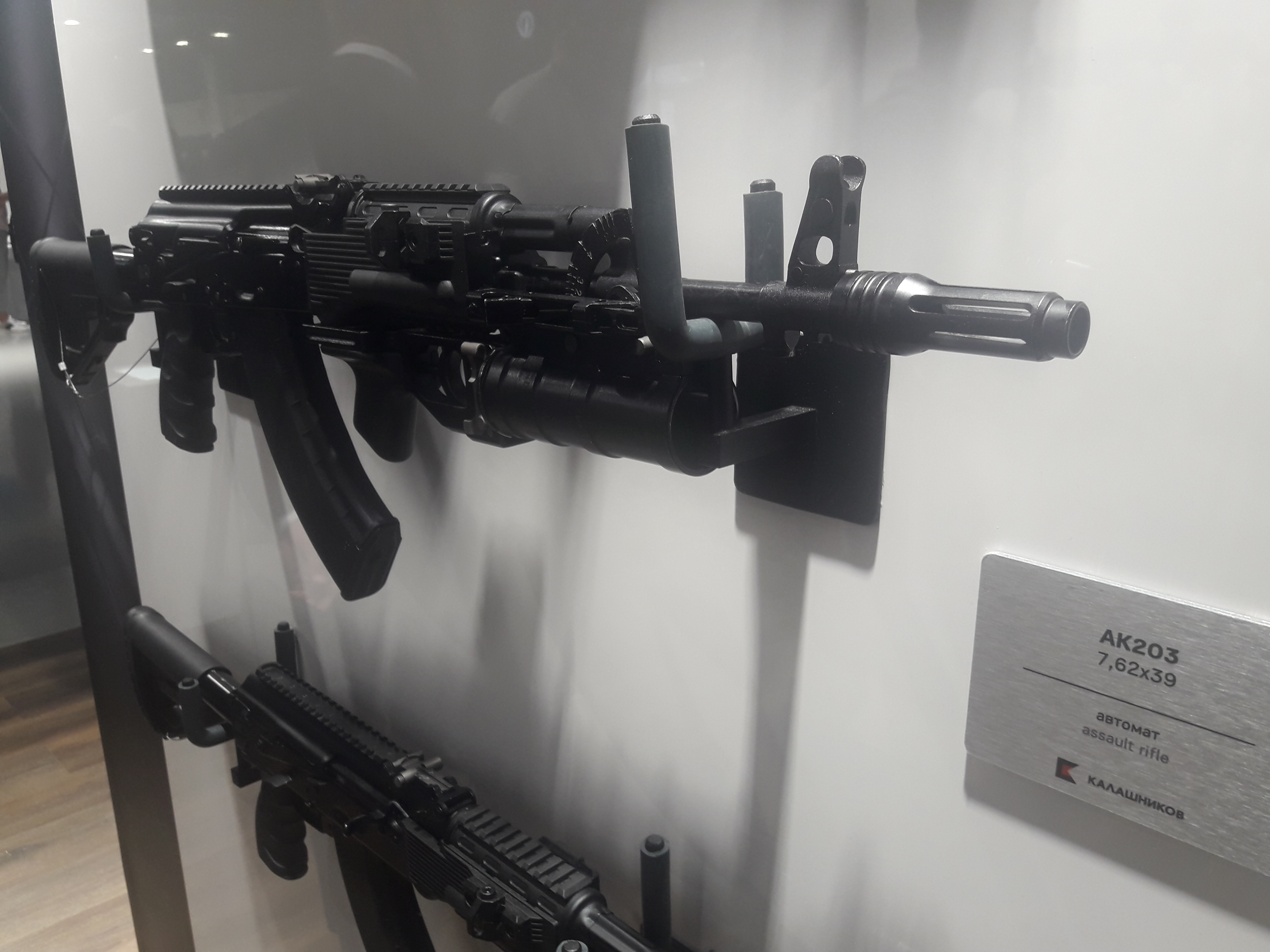 The Russian side confirms its readiness to ensure full-scale production of the latest version of the Kalashnikov assault rifles within the next three years. The contract will provide the much-needed capability for self-reliance in small arms.

The JV has already established a modern production line at the Korwa facility and a small arms range has been set up where both factory and acceptance tests of assault rifles will be carried out. Rosoboronexport and Kalashnikov's specialists take an active part in all production setup stages.

According to the AK-203 developer and lead Russian partner, Kalashnikov Group, from 2019 onwards, Russian and Indian specialists worked together to complete the preparatory works to achieve a technical and cost efficient production.

Speaking on the Indo-Russian defence relations, Mikheev said, “India has always been and remains one of the key buyers of Russian materiel for decades. We support and build mutually beneficial strategic partnerships. And the main principle of cooperation is based on the "Make in India” program announced by the Government of India and being successfully implemented by the industry.”

“Rosoboronexport has been doing that for a long time and we really have something to be proud of. Russia is the first country to start large-scale cooperation with India in the format of technology transfer and launching production of Russian-developed products at Indian enterprises,” he added.