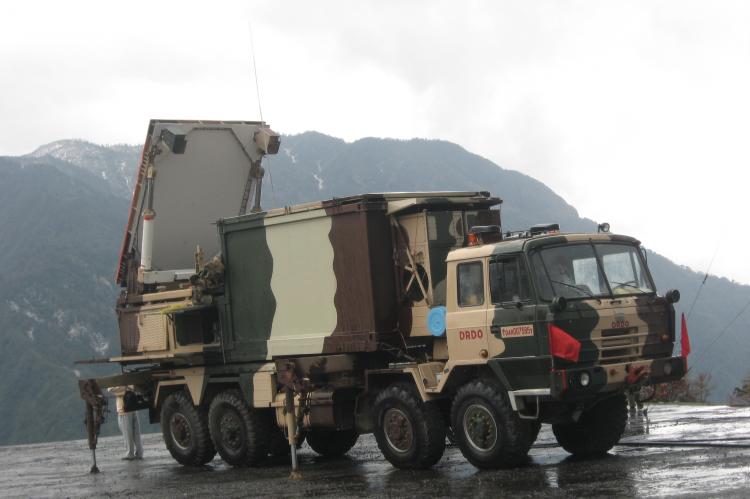 Recently, there were talks about the two-front war and the Indian military hierarchy had made tall claims that they are more than prepared for it. Fighting a two-front war is tough and drains out the resources by splitting them. It is always advisable to check one front and try to win on the other front. Thought it is always debatable which front one should be looking at a victory and which front should one be trying to win.

But in India’s case, this is very clear, we cannot hope to achieve very much on the Chinese front as the winning of territory in Tibet is of a limited threat to mainland China but contrarily Pakistan due to its lack of depth is very scared of losing any territory. This was the basis on which the Indian Armed Forces were structured for the last three decades. This policy was good as long as China was not belligerent on the North and East of India, though China had been making small localised actions, restricted to within a sector. This is the first time after 1962 that China has activated its Western Theatre.

India has now to take action to counter this belligerent China, due to which it has rushed up and moved up forces into the Northern and Eastern Sectors of India. But then the lack of preparedness and ostrich attitude of Indian Hierarchy vis a vis China has caught up and is forcing India into taking certain actions which may not be in the best interest in the long run.

Another reality is that Pakistan has effectively become a Chinese State, in all but name. Any action against Pakistan by India will be constituted as an action against China by the Chinese. Their investment in Pakistan’s economy is huge enough not to let Pakistan lose it all due to an Indian action. Effectively whether we like it or not, any action by India on the Western Front will be translated into a two-front war. Here we are not even discussing the half front which would be the proxy and the Anti National Groups who are waging a proxy war with open Pakistani support.

Pakistan has two Strike Corps- Army Reserve North (ARN) and Army Reserve South (ARS). India always countered this by having three Strike Corps, which would not only have effectively neutralized any gains by Pakistan but captured a lot of territory inside Pakistan forcing it to negotiate on India’s Terms.

The latest Indian plans to counter both China and Pakistan are to make Integrated Battle Groups (IBGs) against the Western Front and move the second Strike Corps (17 Corps already under raising )i.e. 1 Corps (Strike Corps), to the Northern Front, while this sounds very nice but what are the gains expected?

They have limited resources and are designed to make only shallow gains into the enemy territory, will multiple shallow gains effect Pakistan as once the hostilities are over all this territory will be given back to Pakistan (history is proof of this). So effectively the IBGs will fight a defensive battle as the sole aim here would be to force Pakistan to commit and use the ARS/ARN to counter/restrict the IBGs ingress into its territory, effectively preventing the ARN/ARS from launching an offensive into India.

Pakistan is most sensitive to the Sindh and the Baloch Provinces and shallow Indian thrusts cannot impact anything in these regions. It was always the talks of the Deep Strike/ Pivot of Maneuvers by Strike Corps which were being advocated at breaking Pakistan/ inflicting unacceptable losses.

Though these deep thrusts were less spoken of post-1990’s once Pakistan became a Nuclear State and openly advocated that they would use the Nuclear Weapon if Pakistan is threatened. But can Pakistan afford to use the Nuclear Weapon no matter how grave the provocation? This is a question which no one can answer as for now. But should this question make us fritter away the advantage we have over Pakistan and divert one of the three Strike Corps to the Northern Theatre? This has effectively made sure we have only stalemate situations all along the Western Front.

The Chinese have once again caught India napping. While we can keep blaming the Intelligence community for this lack of preparedness on India’s part but we all should realize that we swept the indicators under the carpet and had the ostrich approach toward Chinese infrastructure development in the Tibet Region over last two decades.

The current standoff on the Northern Front has made Indian military leadership jittery and they have no answers to this action by China. Unfortunately, the Policy against China was always been defensive – try not to lose territory to them. It was never an offensive policy of regaining of the lost territory and/or threatens strategic assets like the Karakoram Highway or the overt support to the Tibetan Independence cause. Therefore, we were always looking at strengthening our defences only.

The induction of the mechanized forces have been to stop any Chinese ingress, the Tanks are being used as mobile pillboxes. The terrain is restricted and the tanks can do limited tactical fire and move actions only. There is no manoeuvre possible. The very basis of Manoeuvre Warfare- Actions on shattering the enemy morally and physically by paralyzing and confounding him, by avoiding his strength, by quickly and aggressively exploiting his vulnerabilities, and by striking him in a way that will hurt him most.” This is not feasible in the given terrain. Most of the Tanks will be sitting ducks.

Currently, India has deployed an equivalent of three armoured brigades and additional brigades are planned to be inducted.

Role of the Strike Corps

The 17 Corps is being raised as a Mountain Strike Corps and will be having the necessary ingredients to undertake limited offensive operations in mountains. But the 1 Corps was always designed to fight in the Plains/ Deserts. Their equipment profile and training are all based on this. While training can always be redone for new role envisaged the equipment profile will require not only rethink but re-equipping in a big way. Do we want an Armoured Division with two RAPIDS in the Northern Sector to be used to defend territory or would it better used for capturing strategic territory?

If we have finally woken up to the reality then it is time to reconsider the operational capability to undertake the multiple front warfares rather than force-fit the old force levels into the current situation. Is there not a need to raise another Mountain Strike Corps without denuding the current balance of power of the Western Front?

The mountain requires high mobility and agile vehicles. The Infantry, unfortunately, is still road/ track bound. The Tanks and BMPs currently deployed in the North and Eastern Front will be forced to keep pace with Infantry, else there would be a huge separation between the two. There is a need to provide High Mobility Armoured Vehicles- wheeled/ tracked to the Infantry.

How much armoured force is needed? A question which will have multiple answers, but we have to understand the utilisation of the forces. Today the threat of losing additional territory to Chinese is driving the demand of still more Mechanised Forces into a restricted region. The local sector commander feels safe if he sees tanks standing in the valley guarding the ingress routes, not necessarily against an enemy armoured threat. It gives him confidence that he may not lose his job. There is a need to realistically undertake a threat analysis and utilisation of the force. The knee jerk action of just pushing in forces which cannot be exploited at time of need will be a very heavy price to pay.

The Mechanised Forces inducted into the Northern and Eastern Sectors are there to stay and cannot be de-inducted. They will be scrapped there. Getting these A Vehicles out from these regions will be a logistic nightmare and an unacceptable financial drain.

Currently, we have no policy to address the multiple theatres of war together. We are not prepared and therefore we are not even talking about it. As brought out earlier, any escalation with either Pakistan or China will result in the opening of multiple front wars. Thus we have to, either has a force which is such a deterrent that Pakistan does not dare, even under provocation from China to undertake any adventurism, or we can impose unacceptable losses on Pakistan, while we stalemate China. Therefore, the balance of strength in India’s favour of armoured forces against Pakistan must not be squandered away for short term gains.

The medium tanks are not designed for warfare in mountains. There is an urgent need to go light tanks and Light Combat Vehicles for the Infantry.

India has always advocated ‘No First Use’ of nuclear weapons. However, both neighbours have openly said that they can consider the use of nuclear weapons if the situation so warrants. It should be understood that no matter what is written on paper and how so ever much second-strike capability one has, the other world powers will bring in so much pressure that retaliatory strike will be out of the question. Today, if a two-front war opens up, it is India who would be threatened to such degree that post the war India may not remain a Nation. While these are strong words and not likely to be openly accepted, but we have to be prepared. What prevents India not saying that if such a scenario occurs, India would be open to defending itself with all that it has!!

Down Sizing of the Armed Forces

There is a huge exercise which was being carried out by the Department of Military Affairs (DMA) to downsize the Armed Forces to save budget. Now the time has come to increase the Defence sending for modernisation, not by penny-pinching but by looking at an increase in budget allocations. We have to increase the strength of the Armed Forces to take care of multiple theatres of war.

Any war, no matter how restricted or limited is to be won, for the sake of nations’ morale and respect. Unfortunately, India is taking steps to ensure a stalemate at all fronts, which would be detrimental to Indian interest. It is for sure that, in a war, any territory captured by China will be gone forever from India, even the world will only make statements but no one will take action to have any territory returned. With Pakistan, we may get back but after a quid-pro-quo. The loss of face and respect in the world cannot be even gauged.

Time has come to introspect are we wanting to firefight or take actions which will result in long term deterrents for both our belligerent neighbours. History will not forgive any blunder made now.