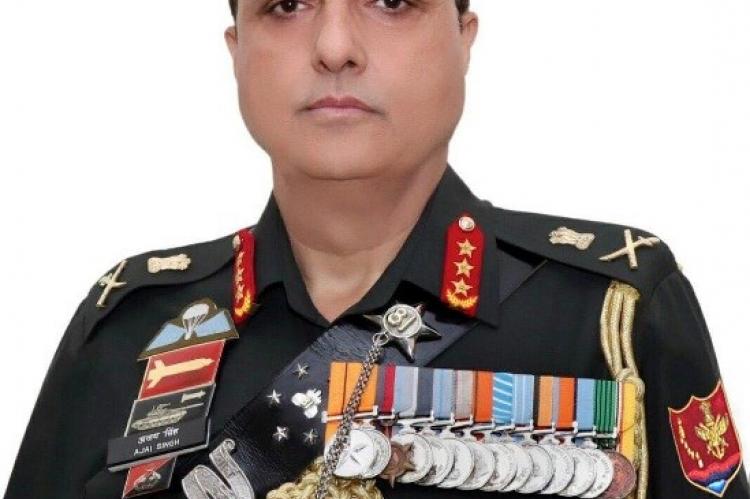 Lt Gen Ajai Singh assumed charge as the 16th Commander-in-Chief of the Andaman & Nicobar Command (CINCAN) on June 01, 2021. The Andaman and Nicobar Command (ANC) is the only tri-service theatre command of the Armed Forces, based at Port Blair.A fifth generation Army as well as Cavalry/Armoured Corps officer, with family service of over 162 years since September 13, 1858, Lt Gen Ajai Singh is an alumnus of The Lawrence School, Sanawar and NDA & IMA. He was commissioned in December 1983 into 81 Armoured Regiment, a Regiment raised by his late father.

The General officer has had the privilege of tenanting various appointments across all six of the Army’s geographical Commands as well as at the Army Training Command. He was an Instructor of Tank Gunnery & Tactics at the Armoured Corps Centre & School and served at important assignments at the Army HQ, HQ Integrated Defence Staff (IDS) as well as with the United Nations as a Military Observer at Angola. 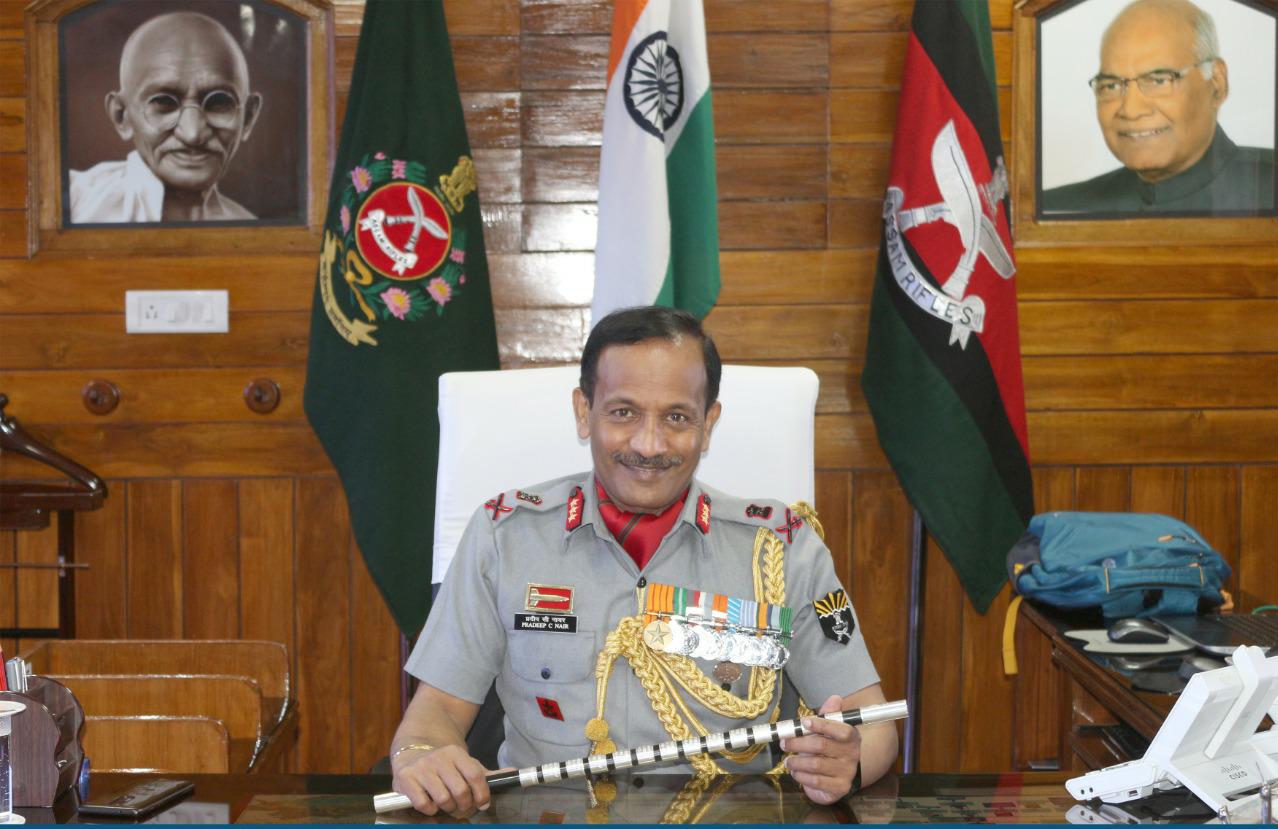 Lieutenant General Pradeep Chandran Nair, AtiVishishtSeva Medal (AVSM), YudhSeva Medal (YSM) took over as the 21st Director General of the Assam Rifles (popularly known as Sentinels of the North-East) on 1st June 2021. He has rich experience of Assam Rifles and the North East, having earlier been an Inspector General and a Company Commander in Assam Rifles, besides having commanded Assam Rifles battalions as a Brigade Commander.

The General Officer was commissioned into the Sikh Regiment in 1985. He is an alumnus of Sainik School Satara, National Defence Academy, Defence Services Staff College, College of Defence Management and the prestigious Indian Institute of Public Administration. He has very vast combat experience having commanded his battalion (18 Sikh) in Siachen Glacier and Assam. In addition, in the North East, he has been a Company Commander in Manipur and Sikkim, Battalion Commander in Assam, Brigade Commander in Manipur and in the recent past has also been an Inspector General of Assam Rifles in Nagaland. He has been an instructor in Infantry School, Mhow, Indian Military Training Team, Bhutan and a Directing Staff at the prominent Defence Services Staff College. He has served in the Army Headquarters as a Colonel, Major General and Lieutenant General. He has also served as Brigadier General Staff in Maharashtra, Gujarat and Goa Area and in the Defence Intelligence Agency.

In his last assignment at the Army Headquarters, he was the Director General Recruiting, responsible for recruiting officers and jawans in the Indian Army. He has been decorated with the AtiVishishtSeva Medal during his command as the Inspector General Assam Rifles (North) in Nagaland, YudhSeva Medal during his command of a Brigade in Manipur and the Chief of Army Staff Commendation Card on three occasions. 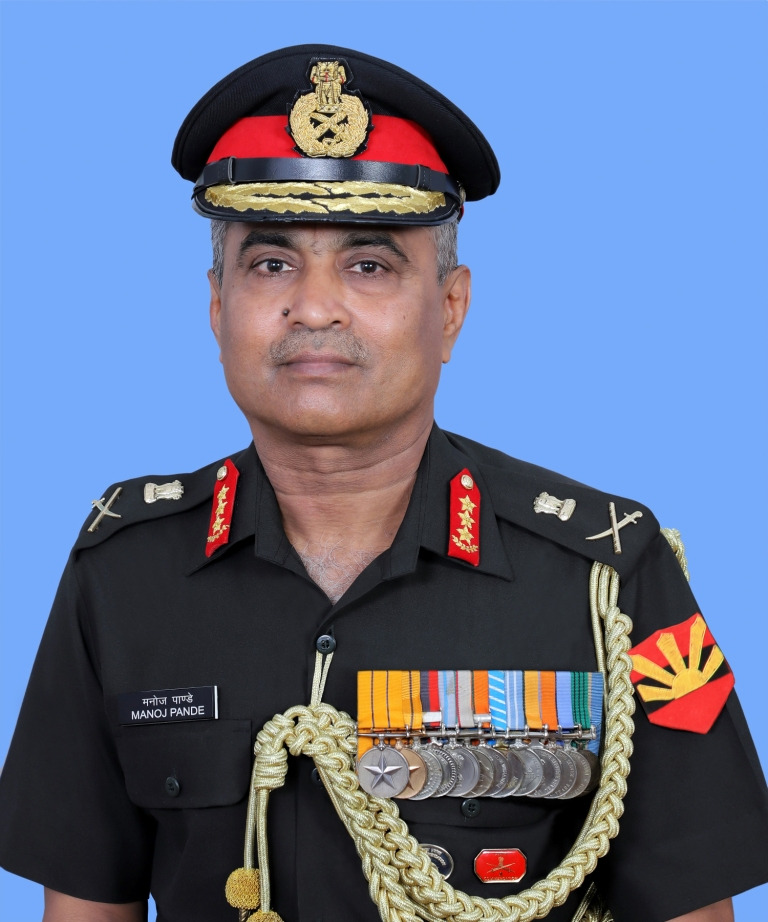 Lieutenant General Manoj Pande, took over the reins of Eastern Command as its General Officer Commanding-in-Chief on 01 June 2021. Prior to this, he was Commander-in-Chief Andaman & Nicobar Command, the only Tri- services Operational Command in India from 01 Jun 2020 to 31 May 2021.

The General was commissioned in the Bombay Sappers in December 1982. In his distinguished service career, he has held several prestigious command and staff assignments in Conventional as well as Counter Insurgency Operations in all types of terrain. He commanded an Engineer Regiment along Line of Control during Operation PARAKRAM in J&K, an Engineer Brigade in Western Sector, Infantry Brigade along Line of Control in J&K, Mountain Division in High Altitude Area of Western Ladakh & a Corps in North East. The General is a graduate of Staff College Camberley(UK) and has varied experience in staff appointments which include the Military Secretary & Military Operations Branches at Army Headquarters, Operations Branch in a Brigade Headquarters in the North East and Headquarters Eastern Command at Kolkata. 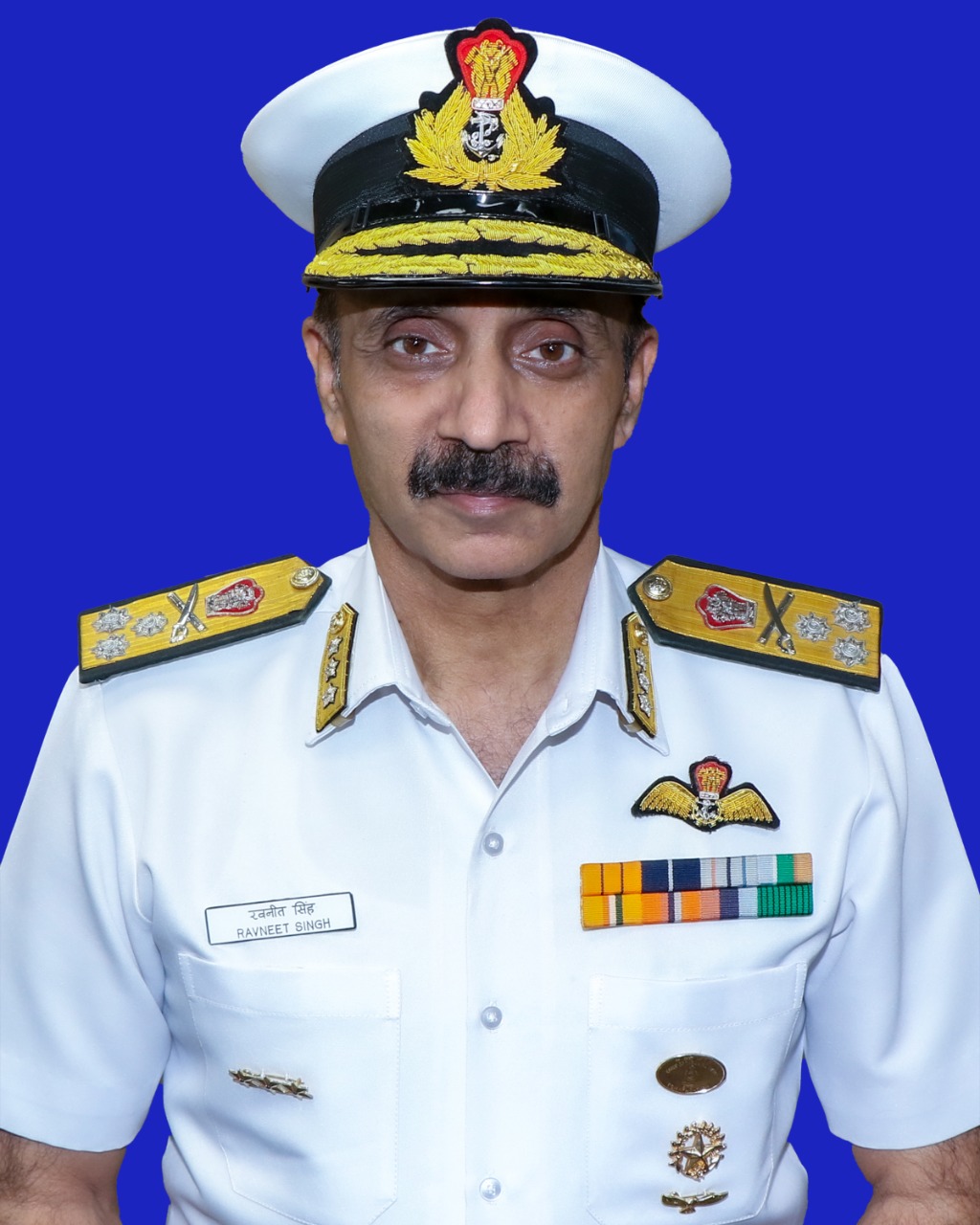 The Admiral has held various challenging Staff, Command and Diplomatic assignments during his distinguished naval career and has had wide ranging experience onboard diverse platforms. He has commanded various frontline ships and Naval Air Squadrons including INS Himgiri, INS Ranvijay, INS Ranvir, INAS 551B, INAS 300 as well as the premier Air Base INS Hansa. Additionally he was also appointed Indian Defence Advisor (Kenya, Tanzania and Seychelles) from 2005 to 2008. On promotion to Flag rank, he has held key assignments of Assistant Controller Carrier Project & Assistant Controller Warship Production and Acquisition at IHQ MoD(N), Flag Officer Goa Area/ Flag Officer Naval Aviation at Goa and Flag Officer Commanding Western Fleet at Mumbai. In the rank of Vice Admiral, the Flag Officer has tenanted the appointments of Chief of Staff at Headquarters Western Naval Command, Mumbai, Director General Project Seabird and Chief of Personnel at IHQ MoD (N).

The Flag Officer has undergone various courses in India and abroad, which include the Flying Instructor Courses at Tambaram, Staff Courses at DSSC Wellington, Harrier Conversion Courses at Royal Air Force Base, Withering, UK and Project management Programme at IIM Ahmedabad.

Vice Admiral Ravneet Singh was awarded Commendation by the Chief of the Naval Staff in 2000 and has been decorated with the Nausena Medal (Gallantry) in 2004 and AtiVishishtSeva Medal in 2017.' 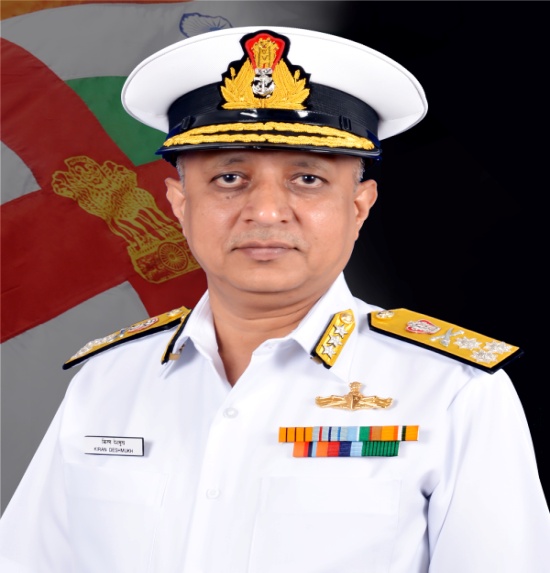 Vice Admiral Kiran Deshmukh, AVSM, VSM, has assumed charge as the Controller Warship Production and Acquisition on 31 May 21. Vice Admiral Kiran Deshmukh, who is alumnus of VJTI, University of Mumbai, was commissioned as an Engineer Officer into the Indian Navy on 31 March 86. He holds a Master degree in Engineering and is a post graduate from Defence Services Staff College, Wellington.

The Flag Officer has held various important appointments in the Staff, Personnel and Materiel Branch at Naval Headquarters, trial agencies, MO, Naval Dockyard and Command staff at HQENC. The Flag Officer has served onboard frontline ships like Rajput Class, Delhi Class and Tabar Class in various capacities. The Admiral is a recipient of the AtiVisishtSeva Medal and VisishtSeva Medal for his distinguished service. Prior to his appointment as Controller Warship Production & Acquisition, as Flag Officer he has served as Director General Naval Project at Visakhapatnam, Admiral Superintendent of Naval Dockyard Visakhapatnam, Chief Staff Officer (Tech)/ HQENC and Assistant Chief of Material (Dockyards & Refits).