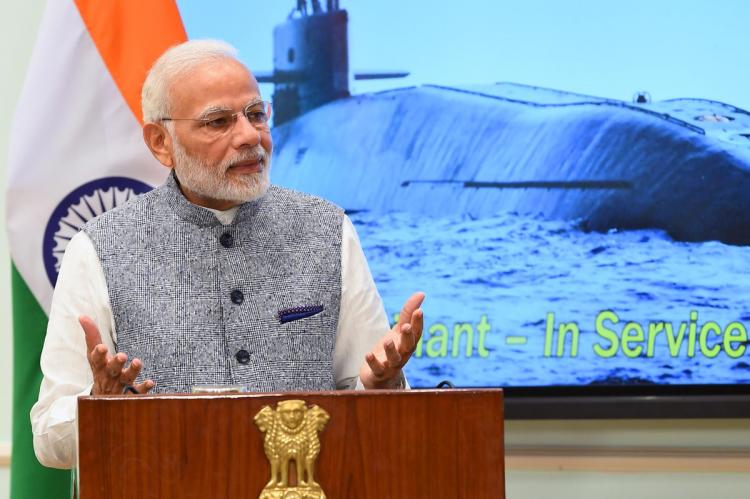 Fast-paced developments to bring some semblance in India-Pakistan relations and a new quest for a way forward in Afghanistan have rekindled hopes for peace in South Asia, a region that has been in a state of throes brought about by violence unleashed and perpetuated by terrorism across borders.

It may have finally dawned upon Pakistan that the centrality of terrorism, as a contrivance to achieve its goals in Kashmir and Afghanistan has reached its end state. In final analyses, a realisation may have dawned that the economic and human costs of operating numerous terrorist outfits far outweigh their utility in comparison to the finality of the desired outcome. In sum a total realisation that its engagement and nurturing of various terrorist and religious and extremist outfits are now giving it diminishing returns.

The changed focus is primarily the outcome of a paradigm shift in thinking of its military leadership led by current Chief of Army Staff, Gen Qamar Javed Bajwa who more than once has shown his willingness to engage with India. He has also been looking at controlling terrorist outfits that operate from Pakistan’s soil and establishing the credibility of its government by controlling violence unleashed by these outfits. The Pakistani COAS has also been an advocate of improving relations with its neighbours.

Pakistan’s game plan of annexing Kashmir by inflicting ‘a thousand cuts’ on India and by creating Kashmir specific terrorist outfits and allowing them to operate from its soil - Laskar-e-Toeba (LeT) and Jaish-e-Muhammed(JeM); and providing material, financial and moral support to Kashmir based outfits such as Hizbul Mujahideen, only resulted in scores of its youth being recruited to such outfits causing it more pain than any substantial gain over nearly three decades of militancy in Kashmir. Its dream of creating Kashmir specific terrorist outfits, akin to Afghan specific Taliban, failed miserably due to the resilience of the Indian state and its Army which confronted the menace of cross border terrorism, despite the huge loss of lives over three decades.

Pakistan’s Prime Minister Imran Khan is in sync with his Army Chief on a new approach to security. At the recently concluded Islamabad Security Dialogue, both admitted that Kashmir was the main and only outstanding dispute with India. But more importantly, there has, in all probability, been a realisation within Pakistan’s ‘establishment’ that it is very little it can do now to change the narrative in Jammu & Kashmir, post-August 2019 when India abrogated Article 377 of its constitution, removing the grant of special status to Jammu & Kashmir, made it into a union territory bringing it under the direct control of Central government and bifurcating the state by separating Ladakh from it.

Lately, India has also been aggressive in facing up to the challenge of terrorism in Kashmir and has kept the situation, both within and along Line of Control, under check. Pakistan’s efforts to raise the issue at international fora including a demand for a special session of the Organisation of Islamic States (OIC) failed to elicit any positive response. On the contrary, it only led to its isolation within the outfit and deterioration in ties with Saudi Arabia.

Pakistan’s paradigm change in its approach to security was also articulated in his speech by Pakistan’s COAS on March 18, at Islamabad Security Dialogue, wherein he said that “National security in the age of globalization, information, and connectivity has now become an all-encompassing notion; wherein, besides various elements of national power, global and regional environment also play a profound role.” He further said, “I also firmly believe that no single nation in isolation, can perceive and further its quest for security, as every single issue and security dilemma faced by today’s world is intimately linked with global and regional dynamics.”

Pakistan’s change of heart is the outcome of a realisation that it needs to refocus from a fixated mindset on security and move towards the new epitome that gives primacy to ‘geoeconomics based on improved relations with its neighbours, enhance trade and connectivity, strive for internal and external peace and brings about sustainable development, resolves outstanding issues relating to water and climate change.

Most importantly two important factors of ‘isolation’ and ‘economic woes’ seem to have played an important part in the rethink of Pakistan’s policy, not only its immediate neighbourhood but the middle east as well.

Pakistan’s efforts to forge a new Islamic forum outside the precincts of Saudi led OIC mooted on the sidelines of UN General Assembly in 2019 after meetings between leaders of Pakistan, Turkey and Malaysia came a cropper. Similarly, the ‘mini Islamic Summit’ in Kuala Lumpur was a non-event after Pakistan Prime Minister was forced to abstain from it on chiding by Saudi Arabia amid threats of withdrawal of economic assistance and expulsion of Pakistani nationals from Saudi Arabia.

Pakistan’s outburst at Saudi Arabia in a statement by Pakistan’s foreign minister, Shah Mehmood Qureshi, on August 5, calling for a special meeting of OIC to discuss the Kashmir issue was a direct attack on Saudi leadership. The Saudi reaction to Pakistan’s tirades was immediate asking back for a US $1 billion loans, part of a $3 billion loan it had given Pakistan in November 2018. Earlier, the US $3.2 billion Saudi oil credit facility to Pakistan had not been renewed after it expired in May 2020, signifying Saudi irritation with Pakistan for having stepped out of line to demand a ‘mini Summit’ at the behest of Saudi detractors.

Similarly, its relations with UAE had been on a downward path with UAE banning issuing visas to Pakistan nationals. Although ostensibly the ban was due to Covid-19, the timing was not lost on Pakistan which had opposed UAE opening up to Israel. A visit by its foreign minister to UAE failed to mend the relations.

In contrast, India’s push to engage with Saudi Arabia and UAE at the highest levels of government and economic and military diplomacy would have made Pakistan see the futility of rabble-rousing and dreams of an alternative Islamic block.

The Saudis and UAE have been the two pillars on whom Pakistan relied for economic assistance. Deteriorating relations with the two countries pushed it further into economic misery. Although China bailed it out by replenishing the Saudi loans, it is the employment opportunities for Pakistanis in Gulf that became scarce.

The economic woes were compounded by Pakistan’s inability to convince the global community of its commitment to shut the taps of terror funding and its continued presence in ‘Grey List’ of Financial Action Task Force (FATF) in the last meeting of the organisation in February 2021. Pakistan’s continued presence in the watch list has impacted its economy and it continues to face economic hardships as a consequence of remaining on the watchlist.

CPEC: An Albatross around Pakistan’s Neck

Pakistan’s increasing debt due to the massive loans obtained from China for the China-Pakistan Economic Corridor (CPEC) is turning out to be a nightmare for Pakistan. Once touted as a landmark in Pakistan-China ties, CPEC has fulfilled Chinese aspirations for connectivity to the Indian Ocean leaving Pakistan to pay for its ambitions.

It is not that Pakistan Prime Minister and COAS have suddenly realised the need to enhance connectivity and regional cooperation and become a link between South and Central Asia. Pakistan has constantly denied Indian and Afghan goods the use of its road network for trade or Indian assistance to Afghanistan. The newfound focus on geo-economics and the need to come out of the economic mess has forced it to change track and talk about regional connectivity.

Why Change of Heart

Pakistan’s change of heart in its approach to the paradigm of security is a manifestation of its frustrations due to its inability to achieve the end goals that it had set for itself, neither in Kashmir nor in Afghanistan.

With changed ground realities and fast-paced Indian actions in Kashmir over the last two years, Pakistan’s Kashmir strategy had reached a dead end. Its efforts to rant up the Kashmir narrative with the global community and more particularly Arab world only saw it being isolated and sidelined.

Pakistan’s realisation of improved Indo-US relations, more particularly defence ties have been rattling it for a while. Change of administration in the USA allowed the Pakistan government to change tract and reposition itself as a pivot for economic revival in the region with Pakistan’s centrality to it. It also brought itself in sync with the US goal of bringing peace to Afghanistan and playing a supporting role in the US game plan. However, it would be interesting to see how it tames the Taliban to shed violence and bring it to the table for a negotiated settlement with the Afghan government.

There appears to be a perceptible change in the approach of Pakistan’s establishment to reorient its security paradigm. The ceasefire announced between India and Pakistan has now held for one month with peace prevailing along LOC. Small gestures of exchanging greeting on Pakistan’s National Day indicate that there is hope for peace ahead. The next few months will test the real resolve of Pakistan as to how it helps build on connectivity and regional peace. But most importantly as per the Pakistani establishment, Kashmir is the only unsettled dispute between India and Pakistan. That in essence will determine the peace and bilateral relations between the two countries.