Russia’s leading submarine designer Rubin Design Bureau has been equipping Russia with nuclear submarines and has come up with a unique concept of a submersible patrol ship for coastal defence. The vessel is called Boss (Border and Offshore Submersible Sentry). It combines the benefits of a submarine and a surface patrol ship. Last year Rubin introduced the concept ship for export.

Rohit Srivastava, Editor IDI, interacted with Yaroslav Chuksin, Head of the Advanced Design Group, Rubin Design Bureau to know more about the ship and the philosophy behind its concept, some excerpts. 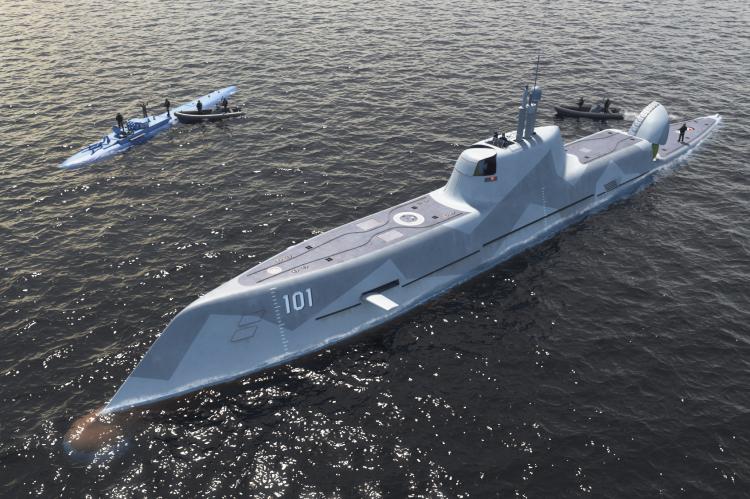 Yaroslav Chuksin - First of all, the BOSS is a patrol ship and is offered on the offshore patrol vessels (OPV) market. As of 2016, 167 patrol vessels were in construction for 36 countries, other 28 countries were planning the purchase of 239 ships. The projected market volume is around US$ 7.3 bn by 2026, with a 6.4 per cent annual growth rate. Over 40per cent of the demand comes from the Asia-Pacific region, a bit smaller share belongs to African countries.

As we look at this market, we can see more and more OPVs designed and built with various stealth features. And there is a growing interest in modular designs, broadening the mission scope of such vessels. A related trend is an emergence of ‘warfighting OPVs’ - larger OPVs which can be upgraded to ‘light frigates’ if required.

The main idea behind the BOSS project is to combine these tendencies in a new way, by adding the capability to operate submerged. The submerged OPV has absolute radar stealth and poses an asymmetric threat even to modern combat ships. And we spent a lot of effort on making this vessel multi-functional.

So we offer a project which allows new solutions to current challenges.

On offer to India

YC - The Indian market is of no doubt attractive for us. Our Design Bureau has been cooperating with the Indian Navy since 1965, and we have gained extensive experience in interaction with the Indian industry.

Indian shipyards have been constructing patrol ships for the parent Navy and export as well. Also, submarine construction has been mastered by two Indian yards. This means we can be partners in producing BOSS-type ships for the Indian Navy or Coast Guard, or third countries’ markets as well.

On endurance, offensive and defensive capabilities

YC - The endurance of the ship is 20 days. The basic weapon package includes two rigid-hull inflatable boats (RHIBs) for boarding teams, and an auto-cannon of calibre 25-30 mm. The package allows it to fulfil the main tasks of visit, board, search and seizure (VBSS) missions within the patrol zone, and interception of suspected vessels if required.

At the customer's request, BOSS can be fitted with more powerful weapons – guided missiles or torpedoes, thus it can be upgraded to a warfighting OPV. Torpedo tubes will be installed in a free-flooding space under the casing, which makes their loading and maintenance easier. Two or four torpedo tubes can be installed. The weaponry will be customized for use against surface targets and adapted to installation in free-flooding spaces.

The main self-defence feature for BOSS is its ability to dive. Besides, there is bullet-proof armour for the bridge and some mechanisms under the casing. The propulsion plant, command and control system and other critical systems are located below the waterline.

On customer request, BOSS can be fitted with an electronic warfare suite (ESM) or man-portable air-defence system (MANPADS).

On customisation of weapon package

YC - Customisation is the basic idea of the project. BOSS is fitted with the minimum basic weaponry, and for everything else, the approach ‘fitted for, but not with’ is used. The most obvious example is two multi-functional pressure-proof containers, which can house RHIBs or UAVs, UUVs, USVs and other equipment. This means that the payload can be modified per the customer’s requirements.

While designing the vessel, data on Russian weaponry was used, as it was available to the design team. These weapons are operationally proven and have a good track record in service. No doubt, Indian or third parties weapons can be integrated, as long as they comply with the weight, volume, power and other limits of this project. When required, the ship's size can be adjusted to house larger and heavier weapons.

YC-The main operational mode of BOSS is the surface mode. The weapons, sensors and propulsion plant are optimised for surface operation.

The ship patrols at the cruising speed (about 10 knots) and surveillance are done with radar and electro-optical systems (periscopes). Radar and optronics come on hoistable masts, compensating for the comparatively low bridge position. When required, a UAV can be rolled out of a multi-functional pressure-proof container to the flight deck, prepared for the flight and launched. The data from the UAV is fed into the BOSS combat system.

To catch a suspected vessel, the speed can be increased up to 21 knots. Anyway, the main interception means are RHIBs. One or two boats are also stored in multi-function pressure-proof containers but can also be kept prepared for launch at the flight deck. Boats with boarding parties can be launched either with the loading boom or by submerging the aft end of the ship.

If covert surveillance is required, BOSS can dive to the periscope depth. In this mode, radar and periscope operation is still possible, as well as data received from the launched UAV. The speed is limited to 5 or 6 knots.

When the storm comes, BOSS can dive as deep as 100 m. The propulsion plant has two shafts with direct drive from diesel and the motors for submerged propulsion are connected to the same shafts known as the CODLAD scheme (COmbined Diesel-eLectric And Diesel). So, quite a compact and fuel-efficient propulsion plant ensures a surface speed of up to 21 knots. While on the surface, the electric motors work in the generator mode supplying onboard systems.

The surface range is about 4800 nm at 10 knots or about 1800 nm at 19 knots. Due to the peculiar design of double-hull submarines, the fuel tanks capacity can be rather easily increased without changing the ship’s dimensions, thus the cruising range can be extended to 6000 miles and even more.

Communication aerials are installed on two completely redundant masts. The SATCOM antenna is fitted on its mast. This ensures two-way radio communications both on the surface and at the periscope depth. There can be fewer masts installed, which would reduce the cost of the communication suite.

The radar suite ensures the detection of surface and air targets in the active and passive modes. The antenna with rotating Active Phased Array is installed on a mast. This extends the radar horizon in surface conditions and ensures the use of the radar down to the periscope depth.

Periscopes are multi-function optronic masts. The composition of communication equipment, radar suite and periscopes can be modified as required by the customer. 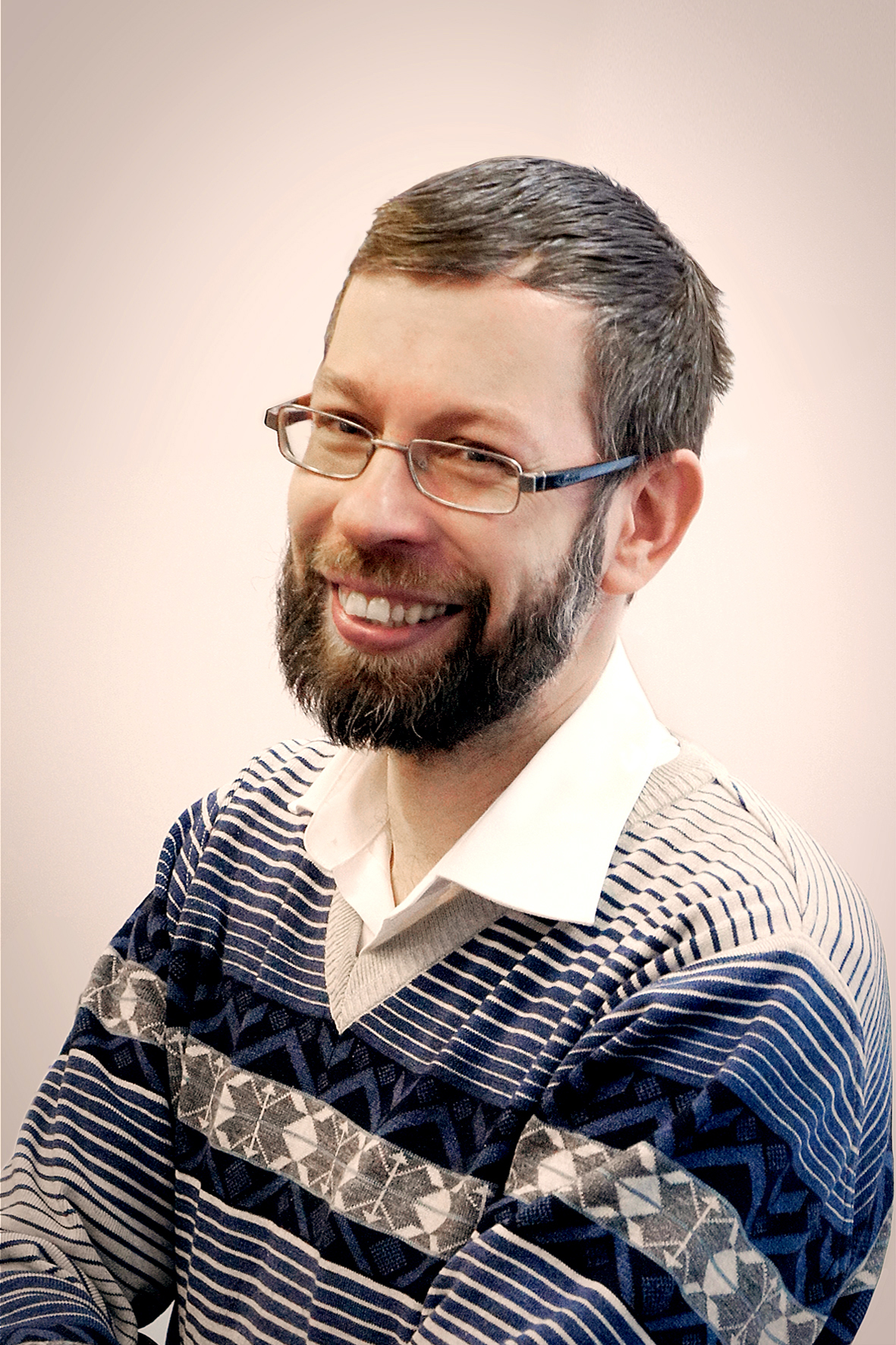 On UAVs and UUVs it can carry

YC- The basic configuration includes one Unmanned Aerial Vehicle. It is housed in one of the multi-function pressure-proof containers in the casing. If required by the customer, UAVs can be stored in both pressure containers, instead of RHIBs. The launch and recovery of UAVs are carried out on the surface, from the flight deck to the aft of the ship. The dimensions of the pressure-proof container (about 2 meters in diameter) and the flight deck limit the selection of drones to rotary-wing vehicles with a take-off weight of around 200 kg, like Camcopter S-100 or Skeldar V-200.

Another option is having several smaller drones, down to expendable ones. The ability to use fixed-wing UAVs will depend mainly on the capacity to recover them, for example, with the arresting net.

One or both pressure containers can house unmanned surface vessels as well. Similarly, any USV can be used, provided it fits into the container and is integrable with the communication system and combat system of the BOSS. To launch and recover USVs, similarly to RHIBs, the aft part of the ship can be slightly submerged.

In the basic configuration, launch and recovery of UUVs are possible only on the surface. UUVs can be housed in a multi-function pressure-proof container as well as in flooded spaces under the casing since UUVs are originally meant to work underwater. The number of UUVs carried will depend on their size; to launch heavier vehicles the same boom can be used, as for the boats.

On the integration of non-Russian UAVs

YC-Physically, we can integrate any marine UUV that fits into the pressure-proof container, including UAVs with foldable rotor/wings. The container diameter is two meter, and the length of the basic version is around 4.5 m, but it can be made longer if requested by customer.

On the flexibility of design

YC- The main idea underlying this project is developing a multi-purpose platform. The dimensions, layout, propulsion plant type and power were selected so that the BOSS might become a universal ‘truck’, which might carry the widest range of payloads. Its mission is defined by its payload:

# If RHIBs and boarding parties are carried, the customer has an Offshore Patrol Vessel.

# If several UAVs are housed, then you will have a platform capable of surveying vast areas, for example, in search and rescue operations.

# If several UUVs are onboard, then mine detection or seabed mapping can be done.

During conflict escalation, the BOSS even in the basic configuration can be used for covert reconnaissance and delivery of special operation forces. Additional facilities (like torpedo tubes, sonar, etc) will make it useful in even more scenarios.

This multi-task capability is useful during peacetime, but it will be in greater demand during times of tension when every ship counts.