Russia to offer a co-development project for P-75I 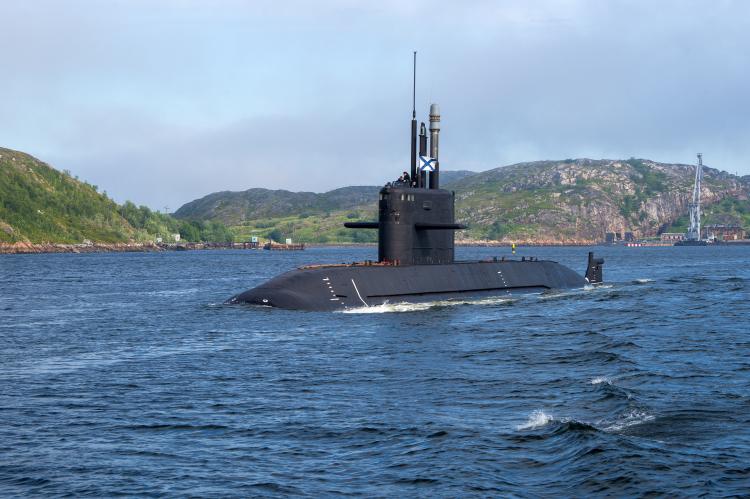 In its response to Indian tender for six submarine, Russia is offering a proposal to co-design and development programme a new submarine based on its latest Amur 1650 submarine. These vessels are one generation ahead of the Russian Kilo-class which are operational with Indian Navy.  According to Russian Media, the first vessel of this class is operational since 2010 and four more are under various stages of construction.

Russia, along with France and Germany are the main contender for the Rs 45,000 crore ($6.5b) programme.
India is planning to transform its submarine fleet, both quantitatively and qualitatively. Whenever asked to contribute, Russia has always met the Indian requirements and will do so again for this programme as well, – Rubin design bureau representative told IDI during the Naval Show in Saint-Petersburgh.

Presently, Russia is also renewing its conventional submarine fleet. In September last year, Russia launched the second of the Lada submarine 858 Kronshtadt at Admiralty Shipyard, St. Petersburg. Two more vessels of this class have been ordered by the Russian Navy.

If selected the Indian and Russian programme will run parallel with the benefit of synchronization and learning from each other’s experiences.

On June 20, India released the much-awaited Expression of Interest (EoI) to Indian industry for shortlisting local Strategic Partner for the construction of six modern conventional stealth submarines with Air Independent Propulsion (AIP) for the Project75 –India (P-75I) for Indian Navy. Subsequently, the Ministry of Defence (MoD) also sent out the EoI to the global submarine makers.

In 1999, India came up with a thirty years submarine building plan to induct 24 vessels which were to be divided into two parallel production lines.

India signed the contract for six vessels in 2005. The lead boat of the programme INS Kalvari, launched in 2015, was commissioned in 2017, twelve years after signing of the contract. Since then three boats have been launched and are undergoing trials.

One of the prime reasons for selection of the Scorpene was its ability to launch 70 km range SM 39 Exocet anti-ship missile.

Talking about the weapons of the Amur class, Russian experts confirm that the firing range of Russian system Club-S is 300 km (186.4 miles) and can be increased without ship modification. Torpedo or missile salvo can be launched from all six tubes.”

The prime objective of the P-75 programme was to acquire self-sufficiency in constructing conventional submarine. But, the idea to float a new programme makes it clear that in the last one and half decades of P-75, India has failed to achieve it. 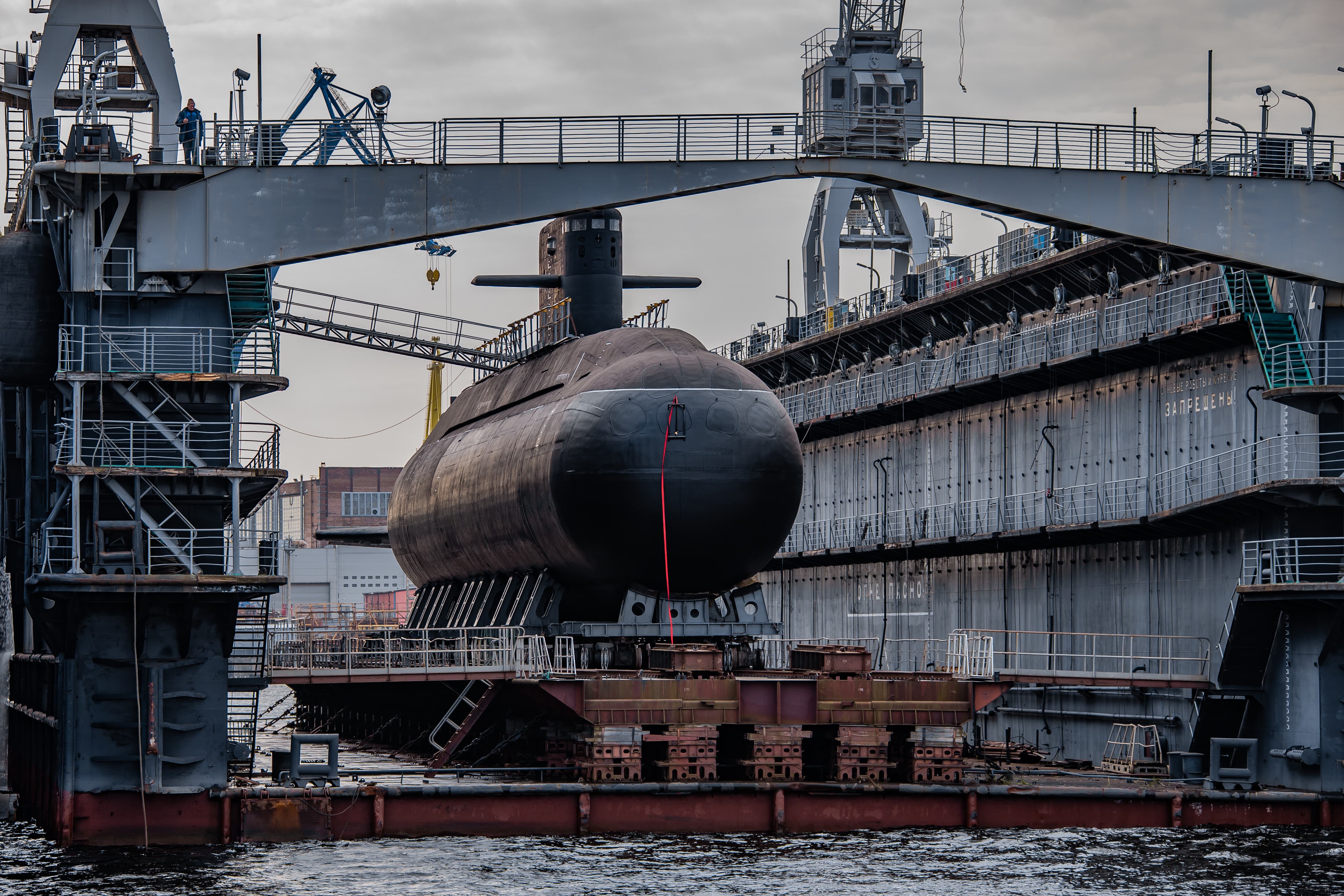 At a press conference, during the Naval Show Vladimir Drozzhov, Deputy Director of FSMTC said that the Russian proposal will not be just about licensed production of the submarine. It will be about the co-designing and building the vessels. This will be about designing a submarine from scratch and Russia will assist in equipping Indian partner with all the technology and skills required to design and develop conventional submarine for future requirement.

As the implementation of the new conventional submarine program requires a systemic approach it entails design, upgrade of shipyards and infrastructure. Russia will also assist in the up-gradation of the shipbuilding infrastructure.
Highlighting the benefit of collaboration, a top Russian official explained that the submarine will be built around the requirements of the Indian Navy and local industry will participate from the point of inception which will ensure they will have access to technology to the maximum possible extent. In this respect, the project would be unique.

Indian Navy is the net guarantor of maritime security in the Indian Ocean Region which requires a substantial fleet of capable stealth submarine. The timely execution of the P-75(I) is a must for the execution of this responsibility.
Indian engineering conglomerate Larsen and Tubro and Hindustan Shipyard Ltd are the two proposed SP partners of the Russian Rubin Design Bureau.  Talking about the SP partner, USC officials acknowledged: “ As far as we know, by the bidding process a foreign partner selection is a prerogative of Indian yards. So, we will be ready to participate with an Indian partner nominated by the MoD to take part in the tender.”

“Given the experience that we have, the submarine’s design could be developed in collaboration with L&T which will then construct the submarine. But HSL also possesses the capabilities to refit Kilo-class vessels,” he added.
Russia helped India in designing of its Arihant class vessel.  From the private sector, L&T is the leading participant in the project.

Amur 1650 is the next generation submarine compared to Kilo-class submarines that are in service with the Indian Navy.  Around 70 ships of the basic and upgraded design of Kilo-class have been already constructed and inducted into the Indian Navy, Russian Navy and the Navies of other countries.

India is looking for a submarine capable of subsurface and surface warfare which needs multi-purpose weapon systems. According to Russian sources, their submarine is the only one which can hit land-based targets. The weapon system onboard the Amur class is capable of guiding long-range weapons to both land and sea targets.
For any stealth submarine to be effective, Air Independent Propulsion (AIP) is a must as it allows them to remain underwater for prolonged periods. India was supposed to get AIP in the last two vessels of Kalvari class. But things didn't work out. AIP is going to be one of the most crucial selection criteria for P-75(I).

●        hydrogen is not stored on board, instead it is produced and instantly used (absence of “hazardous stock”);

●        only here, the submarine uses same fuel for both diesel-generators and AIP system which reduces the operational cost;

●        use and storage of diesel fuel onboard submarines has been mastered long ago;

●        AIP system is designed to be maintenance-free between submarine's overhauls.

●        service life of above 10,000 hours, which ensures AIP operation till submarine overhaul. Service life estimation is still going on. 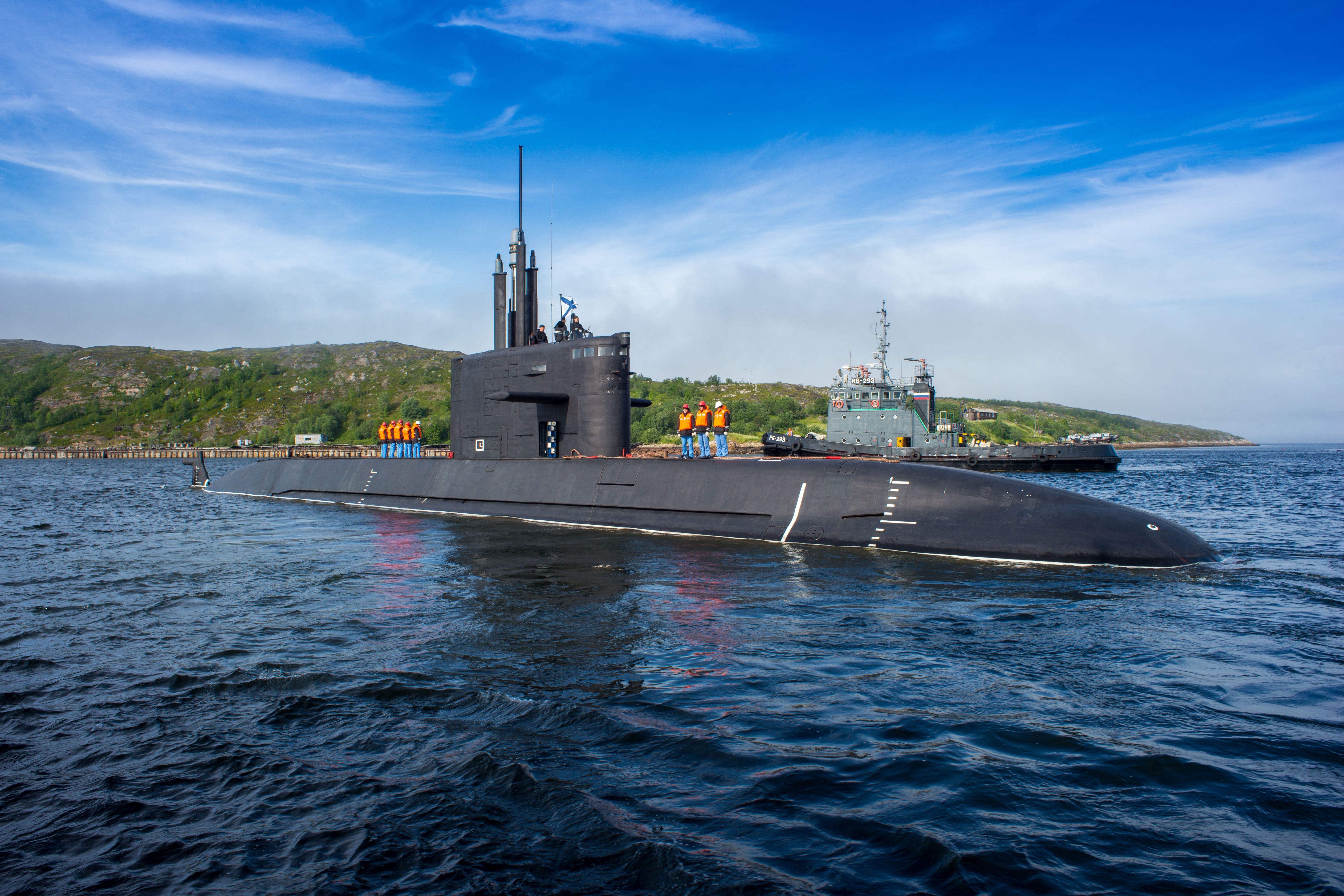 Special features of the project Amur 1650:

●        powerful torpedo-missile complex, capable to strike both underwater and surface targets, as well as to attack land targets. Torpedo or missile salvo can be launched from all six tubes. Weapons have high precision and long range. The firing range of Russian system Club-S is 300 km; the firing range can be increased without ship modification;

●        anechoing coating reduces the probability of detection by surface ships and anti-submarine aircraft;