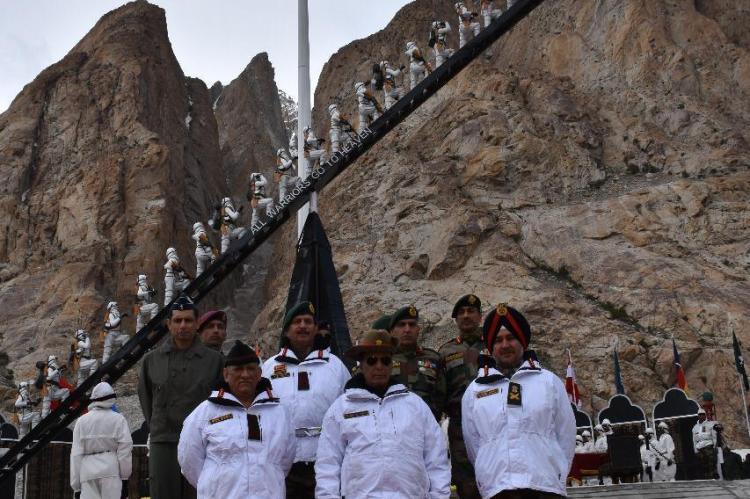 In an epic event in the glorious history of Siachen Glacier, Honourable Raksha Mantri (RM) Shri Rajnath Singh made his maiden visit to the world’s highest battle field today. The RM accompanied by General Bipin Rawat, Chief of Army Staff  arrived at the Thoise air field and was received by Lt Gen Ranbir Singh, GOC-in-C, Northern Command. After exchange of greetings and a quick orientation of the general area, he made an aerial reconnaissance of the Siachen Glacier to get acquainted with the expanse of this formidable frozen frontier and landed at one of the forward posts of the Siachen Glacier. The RM interacted with troops at the world’s highest battle field and during his address to the troops at Siachen Base Camp he said “I am proud of all Army personnel serving in Siachen who are leaving no stone unturned to defend our motherland. I am also proud of their parents who have sent their children to serve the Nation by joining the Armed Forces. I will personally send a Thank You note to them.”

The RM further eulogized the tenacious resolve and unstinting commitment of the ‘Siachen Warriors’ to prevail with aplomb in extreme harsh weather and highly treacherous terrain for maintaining the sanctity of our borders and ensuring utmost safety of fellow countrymen. He expressed his heartfelt gratitude on behalf of the nation for placing the call of duty above everything while serving in one of the world’s most inhospitable location.

The Raksha Mantri assured the troops that the government is fully aware of all operational and administrative requirements for optimal functioning at Siachen Glacier and assured Government’s full support to fulfil the requirements on priority for our brave ‘Siachen Warriors’.

As a mark of solemn tribute to the gallant martyrs, he laid a wreath at the ‘Siachen War Memorial’ in the memory of the brave soldiers who have made supreme sacrifice in service of the Motherland. 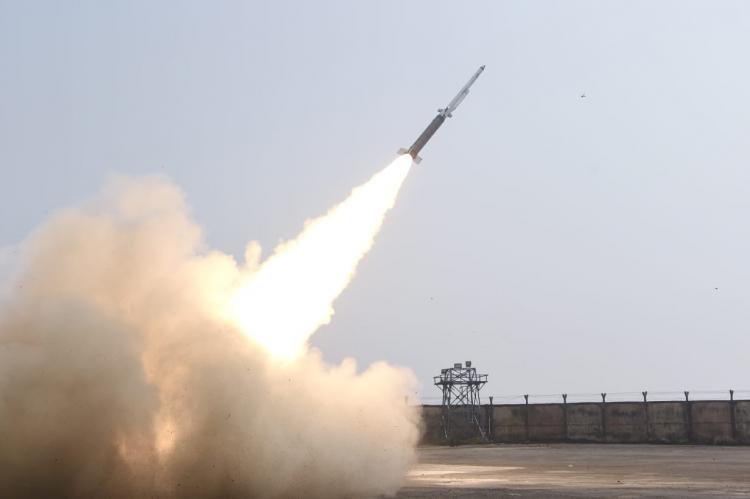