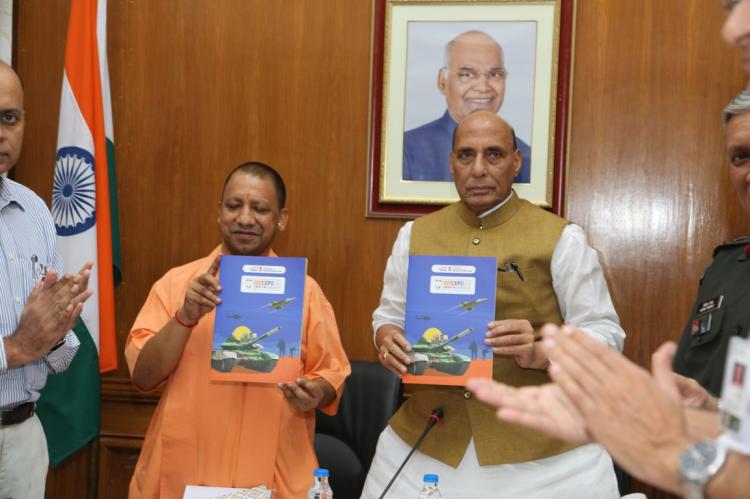 Raksha Mantri Shri Rajnath Singh chaired the first meeting of the Apex Committee for DefExpo 2020 here today, in the presence of Chief Minister of Uttar Pradesh Shri Yogi Adityanath. The huge exhibition that will showcase India’s Defence manufacturing capabilities as well as world’s top defence manufacturing companies would be held for the first time in Lucknow from 05 – 08 February, 2020.

Reviewing the planning and arrangements for the event, Raksha Mantri said that the DefExpo would give a great fillip to investments being sought for the defence corridor in Uttar Pradesh. He recalled that during his recent visit to South Korea, several Korean companies have expressed interest to invest in Uttar Pradesh.

Shri Rajnath Singh expressed confidence that UP State government would extend full cooperation for the successful conduct of the event. Nearly 300 acres land has already been identified by the UP Government for the event.

Lauding the successful conduct of Investors’ Summit and Pravasi Bharatiya Divas earlier by the UP Government led by Chief Minister Shri Yogi Adityanath, Shri Rajnath Singh said that DefExpo “would also be a shining example for future such events”.

Shri Yogi Adityanath assured full support of his government to Ministry of Defence for the successful conduct of DefExpo 2020. Terming it as a matter of pride to host DefExpo 2020, Shri Yogi Adityanath thanked the Government of India for choosing Lucknow as venue for the prestigious event. He said the site leveling work is going on at present and the site would be handed over by the end of this month. Shri Yogi Adityanath said a land bank of 3,000 acres is available for companies desirous to invest in Uttar Pradesh and assured them of all necessary cooperation.

During the meeting, officials gave a briefing on various responsibilities to be handled by various departments.

DefExpo India 2020 Brochure was also released on the occasion. An MoU outlining roles and responsibilities of various stakeholders was signed and exchanged between the officials of Ministry of Defence and Uttar Pradesh Government. 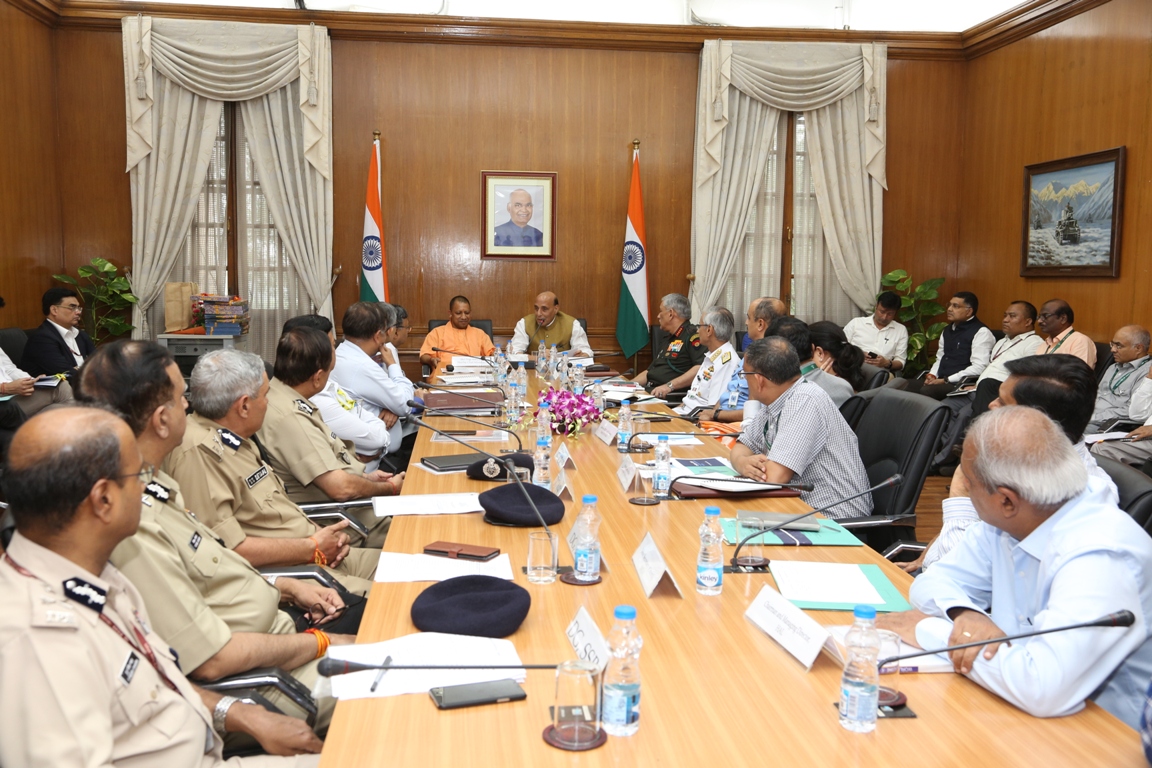 The 11th edition of DefExpo 2020, the premier Defence Exhibition conducted under the aegis of MoD, will highlight the logo depicting ‘India - The Emerging Defence Manufacturing Hub’. The theme for the event is, ‘Digital Transformation of Defence’.