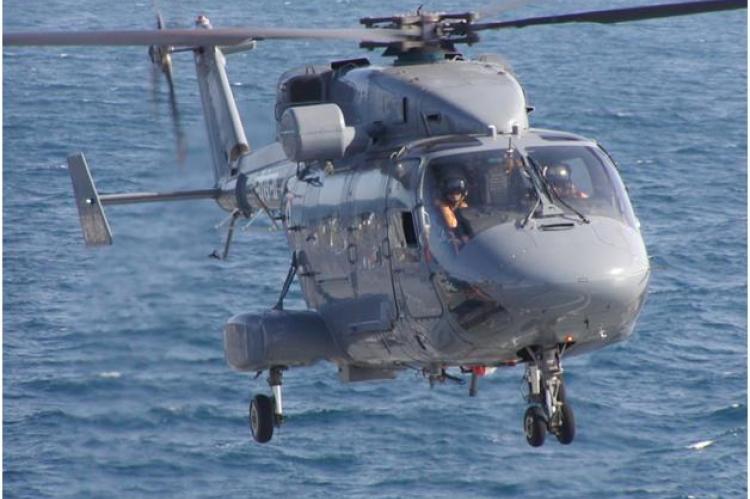 On August 25, Ministry of Defence (MoD) gave its consent to the proposal for procurement of “111 Utility Helicopters for the Indian Navy at a cost of over Rs. 21,000 crore.” The decision was taken during a meeting of the Defence Acquisition Council (DAC), the topmost procurement body of the ministry, chaired by the Defence Minister Nirmala Sitharaman.

According to the Ministry, “This is the first project under the MoD’s prestigious Strategic Partnership (SP) Model that aims at providing significant fillip to the Government’s ‘Make in India’ programme.” Currently, the HAL’s Chetak (licensed produced Alouette III) along with India’s very own Dhruv are fulfilling the utility helicopter requirements of Indian Navy. At present, there are 55 Chetak and nine Dhruv in Navy’s helicopter fleet.

Exactly one year back, the Indian Navy sent out a Request for Information (RFI) for this programme. According to the RFI, India intends to buy “approximately 111 Naval Utility Helicopters (NUH) along with two flight simulators, one maintenance simulator and infrastructure including Transfer of Technology (ToT), associated shore support, Performance Based Logistics (PBL), training, documentation and spares package along with contemporary state of the art equipment, weapons and sensors under Strategic Partnership i.a.w. Chapter VII of DPP 2016. The Indigenous Manufacture (IM) portion of the procurement is to be manufactured in India based on the design to be provided by the foreign Original Equipment Manufacturer (OEM) to the nominated Strategic Partner.”

The NUH is expected to perform Search and Rescue, Medical Evacuation (MEDEVAC), Communication Duties Anti-Piracy and Anti-terrorism, Humanitarian Assistance and Disaster Relief (HADR) and Surveillance and Targeting` by day and night.

Navy shares its existing fleet of utility choppers with the other two services. Both the Indian Army and Air Force employs the vintage Chetak in these roles. This is the case world over. The rotary platforms are tweaked to perform the service-specific role. To perform Naval duties, platforms sometime needs substantial tweaking and more often than not it is achieved but in some cases platforms just cannot be altered for naval requirements. Only in those cases, the Navy looks for different helicopter otherwise all three forces use the same helicopter.

Since, the advent of Chetak in the mid-60s, India has also been doing the same.

When all three service uses the same helicopter then the order becomes big enough to bring down the per unit cost, maintenance time and cost, improves spares management, common training for three services leading to substantial saving in training cost and has other spin offs as well.

This is exactly the reason why India, in the first place, went for licence production of Alouette III choppers. In more than 50 years of its service to India, it has saved much-required dollars to India. Since the original equipment manufacturers moved ahead to modern platforms, HAL with license manufacturing maintained the fleet.

The process for NUH began some ten years back when India sent out first RFI in 2010. Not much moved in the last ten years. Similarly, for other two services the Chetak replacement programme began in 2008 with the first RFI and the tender went through trials but was later cancelled. In the meantime, India’s home grown Advanced Light Helicopter Dhruv matured and began replacing them successfully. In December 2015, India joined hand with Russia to manufacture 200 Ka-226T for One billion dollar in India. The venture will be executed by HAL in partnership with Russian Helicopters. The manufacturing of the Ka-226T will take place at Tumkur in Karnataka.

All across the world, modern militaries are reducing the numbers by purchasing more capable platforms. These modern platforms can replace more than one kind of legacy platform. Therefore, military end up buying not only lesser types of platforms but also in lesser numbers. But, given the different helicopter programmes that India is pursuing, it may end up acquiring more types of choppers instead of going another way.

Parliamentary Committee on Defence, in one of its report, has highlighted the lack of budget for new procurement as the revenue budget (caters for salary and maintenance) has skyrocketed over the years. The situation is not expected to improve anytime in near future. This is possible only if India rationalises its existing procurement programmes.

In the NUH, India already had a common platform between the services but if things go the way it is moving India might have separate choppers for three services, something that will hurt India in long run.   India must avoid it.