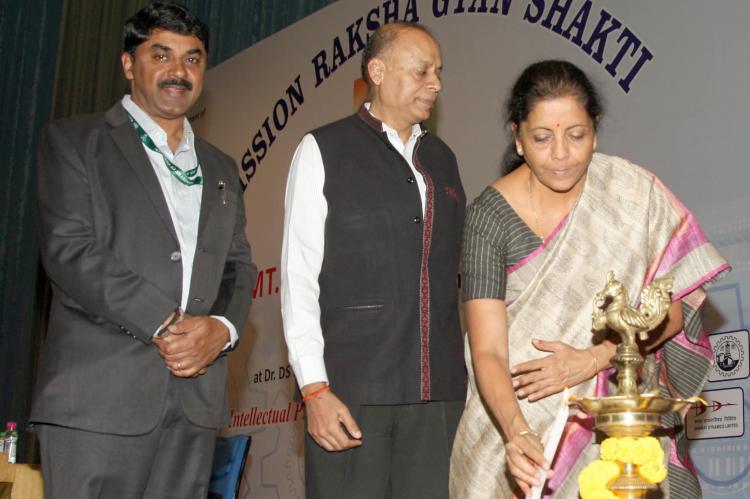 In the background of the Pulwama terrorist strike, the former Scientific Adviser to Minister of Defence and presently a member of NITI Aayog, Dr V.K.Saraswat, urgently called for a major push to manufacture and equip the armed forces with ‘low-intensity conflict equipment’. In non-contact warfare, we need to deploy directed energy weapons for which there has to be a substantial contribution from industry, national laboratories and academia.

“Despite all constraints, some imposed by the international community, the armed forces have defended our borders exceedingly well with the equipment that they have on their hands.”

Dr Saraswat was delivering the inaugural address at the two-day international conference on future of aerospace and defence technologies, organised by Defence Research and Development Organisation (DRDO), in Bengaluru, on the eve of the 12th edition of Aero India.

Recalling the late Atal Behari Vajpayee’s slogan ‘Jai Jawan, Jai Kisan aur Jai Vignan’, Dr Saraswat said the onus was on the academia, the industry, and the national laboratories to design and develop weapons and systems to fight the enemy in totally asymmetric warfare. “The attacks and emerging threats are bleeding us. We have given the armed forces missiles and helicopters with an edge and now we need to give them weapons and other equipment that are precise and effective.”

Technologies need to be developed soon, he said and mentioned that India had shown capabilities in avionics, propulsion and electronics, however, there were huge gaps in sensors, materials and devices. “We need to make major investments in these areas. With the advent of artificial intelligence (AI), data analytics, big data, blockchain, aviation 4.0 etc we need to galvanise the industry, R&D institutions and academia. We need to define missions and NITI Aayog would allocate Rs. 4,000 crores for the development of AI technologies.” He said 25 centres of excellence would be opened soon.

Talking about the fleet of the Indian Air Force, he said that many of the aircraft were over 50 years and they needed to be replaced soon. “There is major need to build systems to replace aircraft and missiles. The IAF replacement of MiGs and other aircraft would cost 30 billion dollars and if we include the army and the navy, it would touch 100 billion dollars.”

AMCA should be on a mission-mode

Underscoring the importance of stealth technology, like in F-35 and F-22 aircraft of the US, Dr Saraswat said that AMCA (advanced medium combat aircraft) had to be taken up on a mission mode. The development and production should go hand in hand and the cycle-time to manufacturing had to be reduced considerably. “We cannot afford to have a cycle time of 10 to 15 years. We need to have an agile time of 5 to 6 years.” He said the country would be making a big mistake if it did not continue with the LCA MkII project for the IAF and also the LCA Navy variant.” All the time, research and money invested in developing LCA will go waste if these projects are not addressed to urgently.”

Dr Satheesh Reddy, Secretary, Department of Defence R&D and Chairman DRDO, laid emphasis on working on emerging frontier areas such as hypersonics, sensors, UAVs, UCAVs etc. The two-day conference would deliberate on key technological developments and how they can be developed in India if need be with collaboration.

Dr Ajay Kumar, Secretary, Defence Production, spoke about how the 12th edition of Aero India is going to be the biggest air show this part of the world with varied themes such as acquisitions; technologies; women in aviation etc.