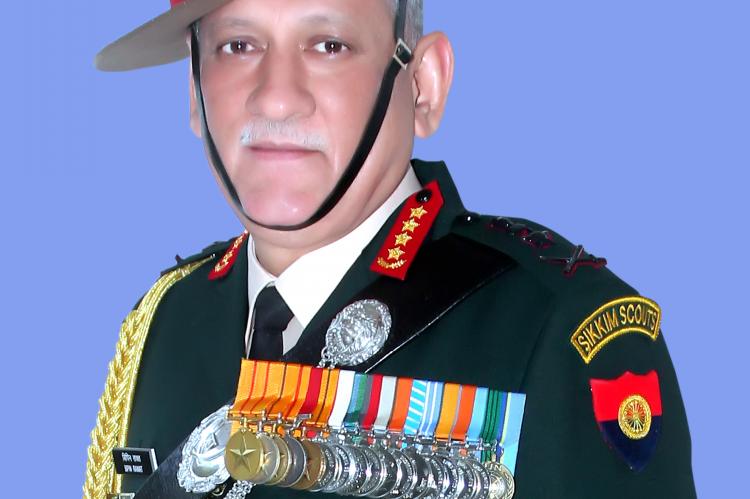 As expected General Bipin Rawat, India’s outgoing Chief of Army Staff has been appointed the first Chief of Defence Staff (CDS). He was retiring tomorrow.

Given the charter of the CDS, Gen Rawat will lead the tri-service organisations and restructure and integrate the three services in the areas of logistics, training, procurement which would lead to the establishment of theatre commands.

To facilitate the appointment, Government, on December 28, made necessary changes in the Army Act, 1950. The amendment will allow the CDS, a four-star general, to serve till the age of 65. The tenure of Army Chief is for three years or up to the age of 62 whichever is earlier.

For Gen Rawat to continue as four-star General, it was necessary to make this amendment in the Army Act.

On December 24, India announced the creation of the post of CDS in the rank of four-star General and its charter. The salary and prerequisites of CDS is equivalent to a Service Chief.

The CDS “will also head the Department of Military Affairs (DMA), to be created within the Ministry of Defence and function as its Secretary,” the government said in a statement.

In addition to heading DMA, the CDS will also be the Permanent Chairman of the Chiefs of Staff Committee and Principal Military Adviser to Minister of Defence on all tri-service matter. The CDS is envisaged to be the single point of advice to political leadership on military matters. Currently, all three service Chiefs advise the government on military matters on their service.

The CDS will not exercise any military command, including over the three Service Chiefs.

Gen Rawat took over as 27th Chief of the Army Staff on December 31, 2016. He was commissioned in the Fifth Battalion of the Eleven Gorkha Rifles in December 1978, from Indian Military Academy, Dehradun, where he was awarded the ‘Sword of Honour’.

The General Officer has vast experience in high altitude warfare and counter-insurgency operations. He commanded an Infantry battalion, along the Line of Actual Control in the Eastern Sector; a Rashtriya Rifles Sector and an Infantry Division in the Kashmir Valley, a Corps in the Eastern theatre and the Southern Command. He has tenanted instructional appointments at Indian Military Academy, Dehradun and Army War College, Mhow.