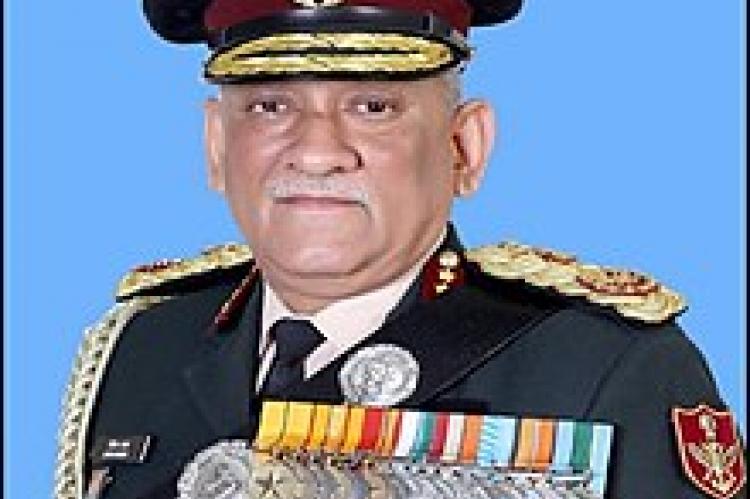 General Bipin Rawat and I are course mates from the National Defence Academy. We have been in several appointments together. We were together posted as Platoon Commanders at Indian Military Academy, Dehradun.

As Colonels, we were posted in the Military secretary’s Branch together. Bipin was posted as Colonel MS-3 dealing with NSG, NCC and various deputations, I was Colonel MS-2 dealing with all Infantry Officers. As Brigadiers, while I commanded the Brigade on the Line of Control in Keran sector, Bipin commanded the Rashtriya Rifles sector in Sopore. After this he replaced me as Deputy MS (B).

After commanding Divisions, Bipin was posted as MGGS Eastern Command dealing with Operations, I was posted as Additional DG- Military Operations. We used to be in touch several times a day. Later he went on to command the Corps in Dimapur, I was posted to Kashmir as GOC 15 Corps. In my last posting as Deputy Chief before superannuation, we again worked very closely together, when Bipin was posted as Vice Chief and later became the Chief of the Army Staff.

After retirement when I was Member of the National Security Advisory Board, Gen Rawat rose to become the first Chief of Defence Staff. We had several opportunities to work together yet again on issues of national security, military reforms, and indigenisation.

The foremost quality of Gen Rawat is, that all his life, irrespective of rank, he lived by the credo of the IMA ‘The honour, well being and safety of your country comes first every time. The well being comfort and honour of your men comes next. Your own comfort, safety comes last, always and every time.’

Bipin was always there for his juniors. I vividly recall, as a Platoon Commander in IMA his deep concern when one of his youngsters sustained an injury while doing PT jumps over the horse. Besides the Cadet’s quick recovery he was equally concerned that the Cadet doesn’t get relegated and loose six months.

Gen Rawat was always accessible to people, whether military or civil, media, industry, and academic institutions. I saw him closely in Defexpo 2016 and 2018, and Aero India 2017, he had all the time for young entrepreneurs, leaving them fully charged and rearing to go.

Bipin was both bold and assertive. I recall in August 2017, soon after my retirement, I was transiting through Delhi. I called him over the phone, and he asked me to join him the same evening for a chat. In some detail, he described how strongly he had ensured the tough stance that the Army took against China in Doklam. On earlier occasions also, I recall how solidly he would stand by the Army Commander as MGGS Eastern Command.

In more recent times, during the Eastern Ladakh faceoff and Galwan fracas, he was at his best to insist on prompt and decisive actions. The pictures of Prime Minister Modi addressing the troops in Ladakh, flanked by the CDS and COAS in 2020 are still fresh in everyone’s mind. What a strong display of common purpose in the political and military leadership.

As Chief of Defence Staff, I think he demonstrated remarkable courage of conviction in the way he undertook the mandate of integrating the Three Services, pushing against all headwinds, in bringing about reforms within the Armed Forces, be it through integration, or several other projects which on the face of it, may appear minor, but have the potential to add tremendous foundational strength to the organisation.

As CDS one of his charters was indigenisation of the Armed Forces. I had the opportunity to work on this as Deputy Chief, and we were able to put together the experience of industry – academia interaction to good use in trying to evolve policies that would promote indigenisation. Gen Rawat was quite conscious of the fact that the targets were ambitious. But he maintained that given the state- of - affairs, unless we pushed for ambitious targets, we would not make much headway.

He took criticism on the chin! Took what was worth keeping and ignored the rest. He was resolute in focusing and driving towards his objective. In our numerous interactions, he maintained that deeply entrenched ways of several decades required phenomenal horsepower to bring about the desired change.

A leader in every way, Gen Rawat embodied the finest qualities of a good soldier. He had tremendous vision &foresight,was bold& ambitious, demonstrated immense strength of character, never afraid of taking tough decisions, was resolute despite adversity, and proved his endurance each time that he drove towards victory in all the missions he undertook.  He was an exceptionally brave and inspiring leader who cared deeply for the Country, the Armed Forces Institution, and the personnel under his command.

In his passing away, the nation has lost one of its best and bravest. Not just India, it is a loss to the world, I would say. He enjoyed a great personal rapport with his counterparts in various countries. He was the driving force behind the successful outreach to several countries in India’s neighbourhood.

On my part, I have lost a dear friend, and a worthy colleague. I will forever cherish our close association of over four decades.

Gen Rawat’s contribution to our Motherland is immense! In fact, I would say, this not the end, but the beginning of a legend.