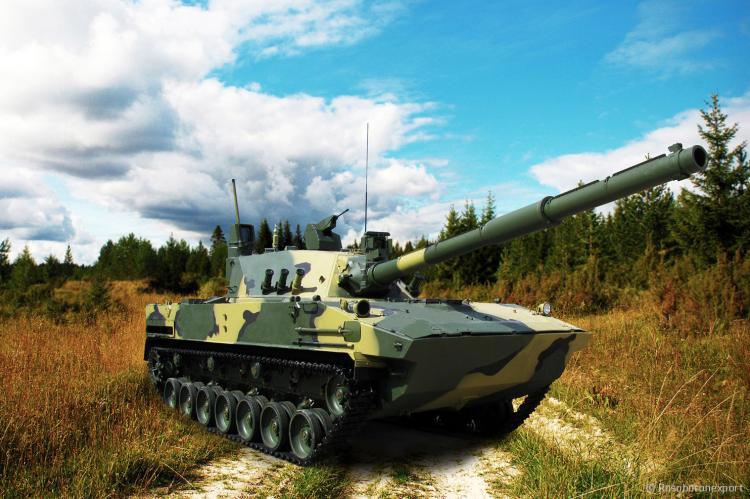 As the situation in the troubled northern border of Ladakh stabilizing into a no-war-no-peace status. The much required light tanks tender for the high mountains is getting juicy offers. The front runner Russia has offered its air-droppable, amphibious, sea swimming, Sprut SDM1 light tank to India.

According to sources, Russia is ready to offer transfer technology (ToT) for the tanks. It is also possible that Russia may allow localization of some components in India, sources added.

In the meantime, Russia has been working to improve the Sprut SD, the basic version of the tank, into a more lethal and capable SDM1 version.

Last year during the sea trials, the SDM1 demonstrated its ability to swim and fire under calm and moderate sea conditions. The latest version during its trials has successfully covered over 8,000 km on land in various terrains and also through the sea. It can be transported through large amphibious assault ships and IL-76 and AN-124 transport aircraft.

After the successful trials of last year, earlier this month Rostec, a Russian defence technology conglomerate, announced that the SDM1 version is ready for production.

It is relevant to mention that the Sprut shares commonality of firepower with Russian Tanks T-90 and T-72 operational with the Indian Army. All three tanks are armed with 125mm guns. The commonality in ammunition reduces the logistic burden as the same ammunition can be used by all three tanks and no requirement for separate stock management which adds a significant burden in terms of manpower, budget and storage space. 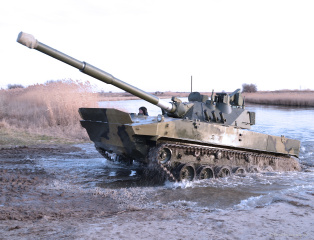 As reported earlier, during the 2020 Galwan standoff with China in northern Ladakh, the Indian army realised the need for light tanks which can operate at those heights and provide mobile destructive firepower. Indian authorities expressed interest in the Russian light tank Sprut and it appeared that India will purchase them.

One year after, India has come out with a Request for Information (RFI) for tanks below 25 tons under the “Make-in-India ethos and spirit of the Defence Acquisition Procedure (DAP) - 2020.” India is looking for 350 of them.

Indian Army, in the RFI, said, “In the foreseeable operational scenario, the need for an agile and mobile light platform, with adequate firepower, protection, surveillance and communication capabilities is increasingly finding its operational relevance.”

A cursory look at the table below, tells us why Sprut is a better option for India. None of the tank packs as much punch as Sprut in terms of weight and firepower. The British CV-90 120 is the only one with 120 mm gun that weighs over 26 tons whereas Sprut SDM1 weighs 21 with the full battle load.

Given the amphibious capabilities and ability to fire while afloat in the moderate sea condition, Sprut SDM1 is well above the rest and would be highly effective against China in the Pangong Tso Lake and also in the Rann of Kutch against Pakistan. One can also count its usefulness in the amphibious assault on the island of East Asia if the situation arises.

Besides the main gun, Sprut SDM1 is also armed with a 7.62-mm remote-controlled machine gun and a 7.62-mm coaxial machine gun. The Tank can also fire guided missiles to engage targets at ranges up to 5 km. Low-flying helicopters can be engaged by the roof-mounted machine-gun.

Armed with the automated digital fire control system, Sprut can recognise and destruct targets both on the move and at the halt, in low visibility conditions, day or night.

Without refueling Sprut-SDM1 can cover a distance of 500 km, be transported by military transport aircraft and landing ships, parachuted with a crew inside the vehicle. It is capable of disembarking from a ship.

Given all these capabilities, it is near to a perfect armoured gun system for all those areas and terrain which are not suitable for main battle tanks.

Although, India has successfully deployed T-72 in higher altitudes of northern Sikkim and Eastern Ladakh, which is a feat in its self, yet, Sprut SDM1 can bring much more capability at the disposal of military commanders.

The Russian offer of localization and ToT is in sync with the Make India policy of the Indian Government. Since India has been locally producing Russian T-90 tanks, there is fairly well established industrial capability in this sector and one can presume a smooth localization of Sprut.

With the signing of the AK-203 local production contract, India and Russia are embarking into co-production of weapons in India and Sprut could be another such project.