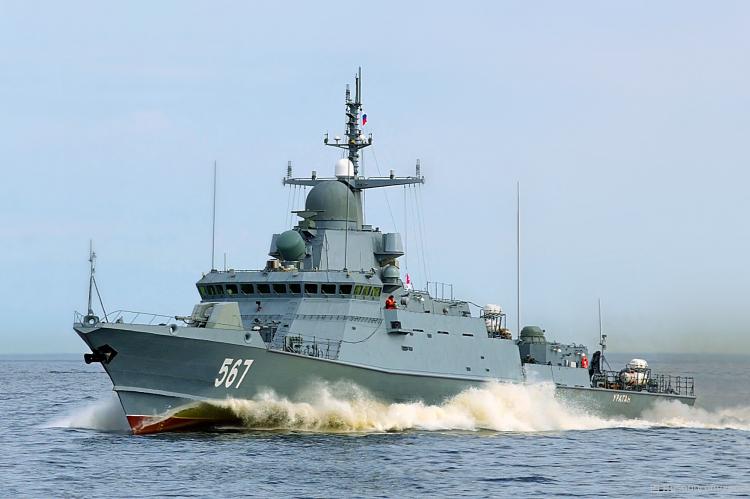 Rosoboronexport JSC (part of the Rostec State Corporation) will present the latest models of Russian naval equipment and coastal surveillance and defense system to foreign customers during the tenth anniversary International Maritime Defense Show (IMDS 2021). The exhibition will be held from 23 to 27 June 2021 in St. Petersburg.

"Rosoboronexport is a long-standing exhibitor and sponsor at the International Maritime Defense Show. Therefore, as one of the pioneers, we are very pleased to note that the show has grown qualitatively and placed high among the world's leading exhibitions," said Alexander Mikheev, Director General of Rosoboronexport. “Rosoboronexport has invited delegations from more than 70 countries to IMDS 2021 and we expect a strong incentive to develop military-technical cooperation with partners in the naval segment. Today, the company's order portfolio in this segment stands at about $5.5 billion. It includes contracts for the supply and joint construction of ships and submarines, the supply of various weapons for them and coastal support equipment, as well as infrastructure projects."

"The company showcases the most in-demand pieces of naval materiel at its stand. For example, Rosoboronexport is considering the supply of Karakurt-E corvettes to six countries, and eight our foreign customers are showing a strong interest in the Rubezh-ME coastal defense missile system. Together with manufacturers, we are also ready to present full-scale pieces of naval equipment to our partners in detail," Alexander Mikheev added.

The latest pieces of Russian naval equipment, whose export versions Rosoboronexport offers to its partners on the world market, will be showcased in the Passenger Port of St. Petersburg within the Show.

– Project 22800 corvette (export version – Project 22800E Karakurt-E) is comparable in firepower to a frigate and equipped with the Club-N integrated missile system and the Pantsir-ME multi-channel anti-aircraft gun/missile system.

– Rubezh-ME coastal defense missile system enables a single launcher vehicle to search and engage a target by integrating weapon and target designation subsystems into a single platform. A strike group consisting of up to eight launcher vehicles can also be formed.

– Project 677 diesel-electric submarine (export version – Project 677E Amur-1650) belongs to the latest generation of submarines and incorporates the most advanced technologies and materials. Its ammunition load includes Club-S missiles capable of engaging enemy ships and land targets, as well as torpedoes with a firing range of up to 50 kilometers.

– Project 22160 offshore patrol ship is excellently suited for patrolling vast sea and ocean areas, including those located at a considerable distance from the home base. The ship is equipped with deck-based helicopter and two unmanned aerial vehicles, an amphibious assault boat and high-speed motor boats. In wartime, the ship can be equipped with modular weapons and protect coastwise sea lanes, naval bases and sea areas.

– Project 12700 Alexandrit coastal minesweeper (export version – Project 12701) is equipped with a state-of-the-art mine countermeasures system to search and neutralize mines ahead of its course and sweeps. It is able to effectively protect naval bases, the exclusive economic zone, ships and transports during sea passage, detect and destroy minefields, and conduct mine reconnaissance.

At IMDS 2021, Rosoboronexport will hold presentations of Russian surface ships, submarines and coastal surveillance system promoted to the external market in the course of negotiations with foreign partners, as well as talk about proposals for industrial cooperation in the field of naval shipbuilding.

In addition, agreements are expected to be signed with major Russian manufacturers on the joint promotion of Russian naval and marine products on the world market.