India releases RFI for Mine sweeper and LPD 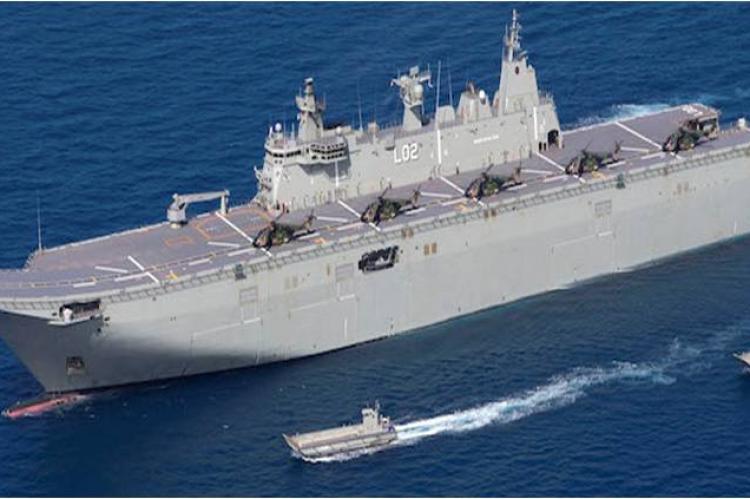 After failure to purchase in previous attempts, Indian Navy, on Thursday, sent out fresh Request for Information (RFI)  for 3/4 mine counter measure vehicle (MCMV) and four Landing Platform Dock (LPD).

The Indian Navy intend to lease in service/decommissioned MCMV through Government to Government deal. On the other hand the four LPDs will be procured under Buy (Indian-IDDM)/ Buy (Indian) category of Defence Acquisition Procedure-20.

Outlining the operational requirements, the RFI expected the LPDs to have “a capacity to embark and sustain a body of troops at sea for prolonged durations, to embark, stow onboard and discharge at the objective the full range of the combat cargo required for undertaking and sustaining the operations ashore and to enable operation of multiple means of ship to shore movement of troops and cargo.”

“LPDs will undertake Out of Area Contingencies (OOAC) through its inherent capability to transport and deploy forces ashore, ability to arrive quickly in area, and sustain operations at sea for prolonged durations. LPDs will act as Command Centre for the Commander, Amphibious Task Force, Landing Force Commander and the Air Force Commander and also undertake Humanitarian Assistance and Disaster Relief Missions. Additionally, LPDs will also act as mother ship for unmanned capability and to support operation/ exploitation of all dimensions of futuristic unmanned vehicles/ platforms/ equipment. The LPDs will also provide medical facilities for treatment of battle casualties,” it added.

The vessel is expected to carry 900 troops along with a crew 60 officers and 470 sailors. Indian Navy intents to have “additional accommodation facilities for 20 % women officers and 15 % women sailors/ troops of the total strength.”

According to RFI, the vessel should be “capable to locate, classify and neutralize all types of ground and moored mines, mine laying, channel conditioning, route survey, sanitization, Local Naval Defence, Search & Rescue, MIO (Maritime Interdiction Operations) and VBSS (Visit Board Search and Seize) Operations.”

“MCMVs are proposed to be procured/ leased. The anticipated delivery time lines for the first vessel is maximum of 10 months followed by delivery of subsequent vessels every 04 months,” it added.

Indian Navy will lease the vessels from either foreign government or government backed shipyards with sovereign guarantee.

India in past had failed to procure both types of ships after completing the selection process. This is a fresh attempt to procure them as these ships are must for amphibious operations (LPD) and to protect Indian ports and coastline (MCMV) from adversaries.