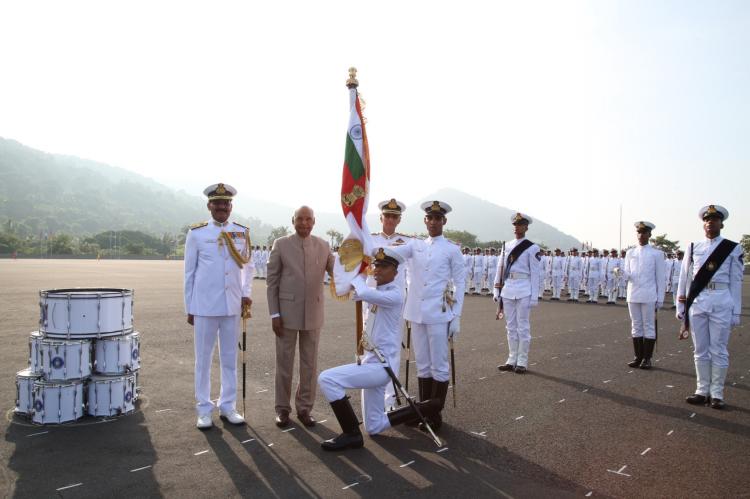 Shri Ram Nath Kovind, the Hon’ble President of India and the Supreme Commander of Indian Armed Forces, awarded the President’s Colour to Indian Naval Academy (INA) on 20 November 2019.  The President’s Colour - the highest honour that is bestowed upon a military unit - was received by Academy Cadet Captain Sushil Singh on behalf of the INA in an impressive parade comprising 730 cadets of INA and a 150 - men Guard of Honour. A special postal cover was also released by the Hon’ble President to commemorate the occasion.

The Hon’ble President of India congratulated the INA, its present incumbents as well as past, on the occasion of the award of the President’s Colour and on completion of 50  years of Naval Academy for their hard work and dedication towards realization of this proud day. He said that “The fine parade this morning resonates well with the high reputation this Academy has earned for itself in a relatively short span of time.The President’s Colour should serve as the motivating symbol to inspire and mould a generation of officers that will pass out from this world class institution”. 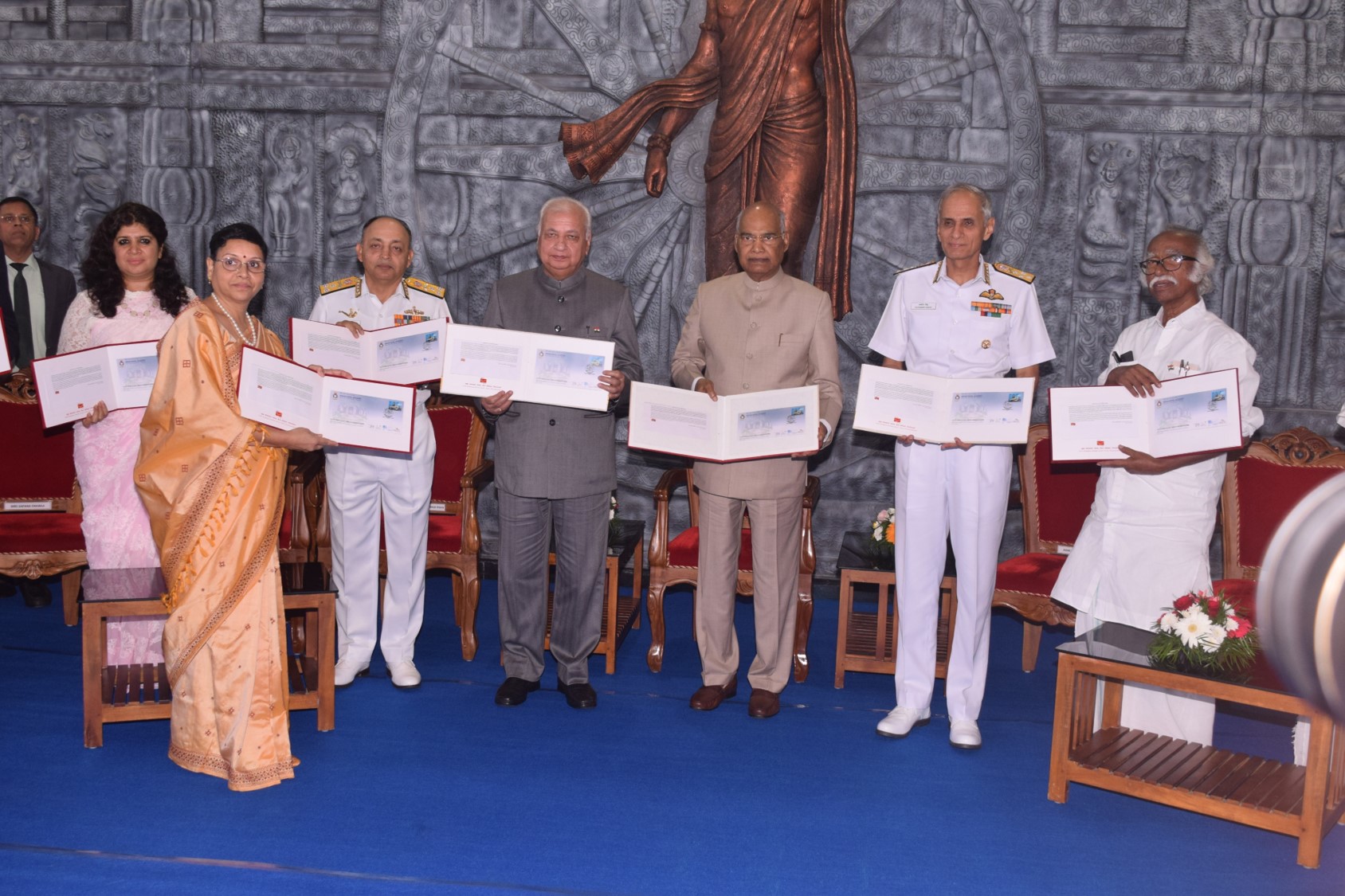 Award of the President’s Colour to Indian Naval Academy is a recognition of the yeoman service rendered by the institution in shaping the leadership of the Navy by training naval officers over the last fifty years at three different locations - Kochi, Goa and Ezhimala. The Naval Academy was first established at a temporary location at Kochi in 1969. With the increase in strength of the trainees, the Naval Academy was relocated to INS Mandovi at Goa in 1986. The Indian Naval Academy (INA) found its permanent home at Ezhimala, Kerala and was inaugurated on 08 January 2009.INA, Ezhimala, over a period of 10 years has commissioned 5930 officers, into Indian Navy and Coast Guard including 531 women officers. INA has a present strength of 963 trainees including 44 women trainees and 26 trainees from friendly foreign countries.